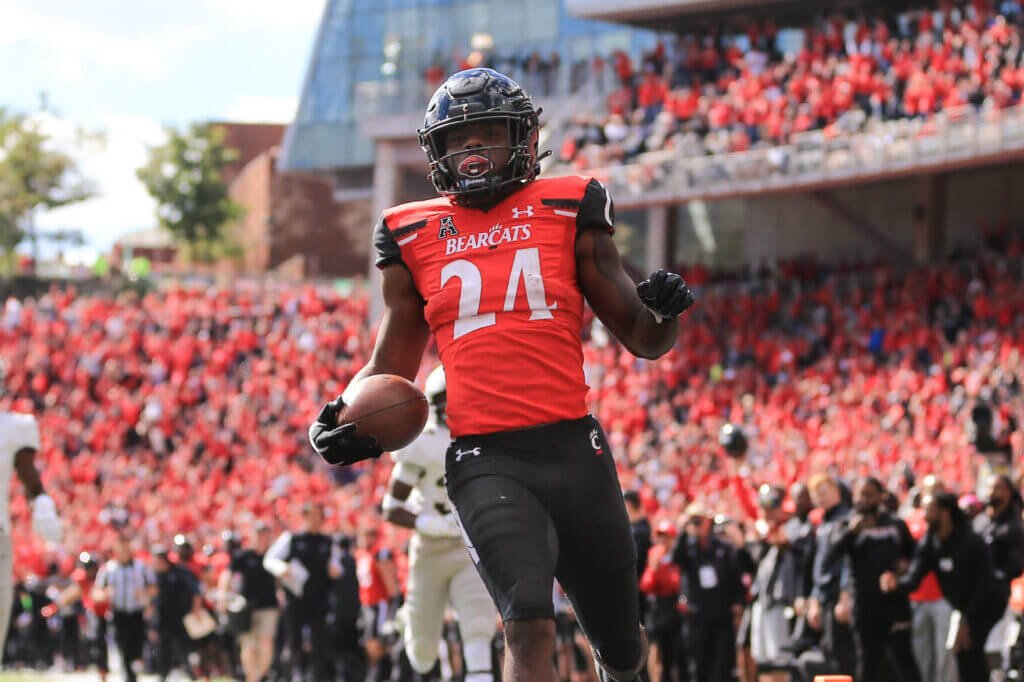 Oooooh the rich, creamy, delicious irony that the Central Florida Golden Knights — known for bucking the establishment by naming themselves national champions after beating the team who beat the team that won the national championship game — lost to the team with the best chance of finally representing the Group of 5 in the college football playoff.

Cincinnati rose to No. 2 after dominating UCF 56-21 this past week. Running back Jerome Ford looked like a Heisman candidate after rushing for 189 yards and four touchdowns, one of which went for 79 yards. The Bearcats scored 35 unanswered points in the first half and by the time the game was finally over, Cincy would have amassed 336 rushing yards.

Both UCF and Cincinnati will join the ranks of the Power Five next season once they ditch the American Athletic Conference for the Big 12 but for now, a chance at history is there for the taking.

Half of the conferences have been oppressed by the system and disqualified from competing for a national title well before the first kickoff of the season. Any team from the WAC, C-USA, MAC, Sun Belt, Mountain West and AAC with a perfect record were roundly dismissed by the gatekeepers of the crystal ball and golden scepter. The strength of schedule were instant argument enders no mater how high the margin of victory was.

Even Cincinnati, at a time when it was considered members of a power conference, were left out in 2009 despite a perfect record. Had Texas lost to Nebraska in the Big 12 title game that year, or there were four playoff spots like there is now, would the Bearcats been given a fair shake? Hopefully we will find out this year.

Cincinnati’s path to the playoff was two years in the making. The Bearcats had to establish their credibility last season by going 9-0 and coming close against Georgia in the Peach Bowl. Beating Notre Dame in a landslide this year backs up their best attempt to dominate their conference and remain in the top 4.

Boise State crawled for a decade so that UCF could power walk so that Cincinnati could sprint towards being the first Group of 5 program with a legitimate chance at the national championship.

The path for the Bearcats seems clear with No. 21 SMU being the only team left on the schedule with a winning record.

Realignment over the years

It’s amazing to look back and see how far college football has come in the last 18 years. In 2003, Boise State was trying to break through the glass ceiling in the WAC, which had SMU and Tulsa at the time. The ACC had 9 teams and five future members were in the Big East with Rutgers, West Virginia and Temple. The Miami Hurricanes could dominate the Big East but not the ACC Coastal? Cincinnati was in the C-USA with a lot of members of the AAC including Louisville and TCU. Meanwhile UCF, for some unknown reason, was in the MAC. New Mexico State and Idaho were in the Sun Belt before and after being in the WAC. Those were funny times.

Miami and Virginia Tech joined the ACC in 2004. Boston College followed in 2005, opening the door for Cincinnati, Louisville, UConn and South Florida to join the Big East. FIU and FAU began as FBS programs, joining the Sun Belt. TCU joined the Mountain West in 2006 as the WAC and C-USA took familiar form.

2011-2013 saw a major shift in the landscape. You look up and the Pac-10 has 12 teams now, the Big 12 no longer has 12 teams, the Mountain West all but completely absorb the WAC the same way the ACC absorbed the Big East. The C-USA of the previous decade spawned the AAC that’s here today. What’s left of the C-USA took a handful of Sun Belt teams while that conference replenished itself with eventual newcomers.

The same thing will happen in the near future. The SEC will be an even bigger monster with the edition of Texas and Oklahoma. The Big 12 will finally have 12 teams again with the addition of Cincinnati, UCF, BYU and Houston. Ironically, the two west coast conferences, the Pac-12 and Mountain West, have remained the most consistent.

By the time this new shift of college football realignment is done, the playoff will have no choice but to expand.

The Five Reasons Sports NBA Preview: 14 Contributors Give Their Predictions
Scroll to top