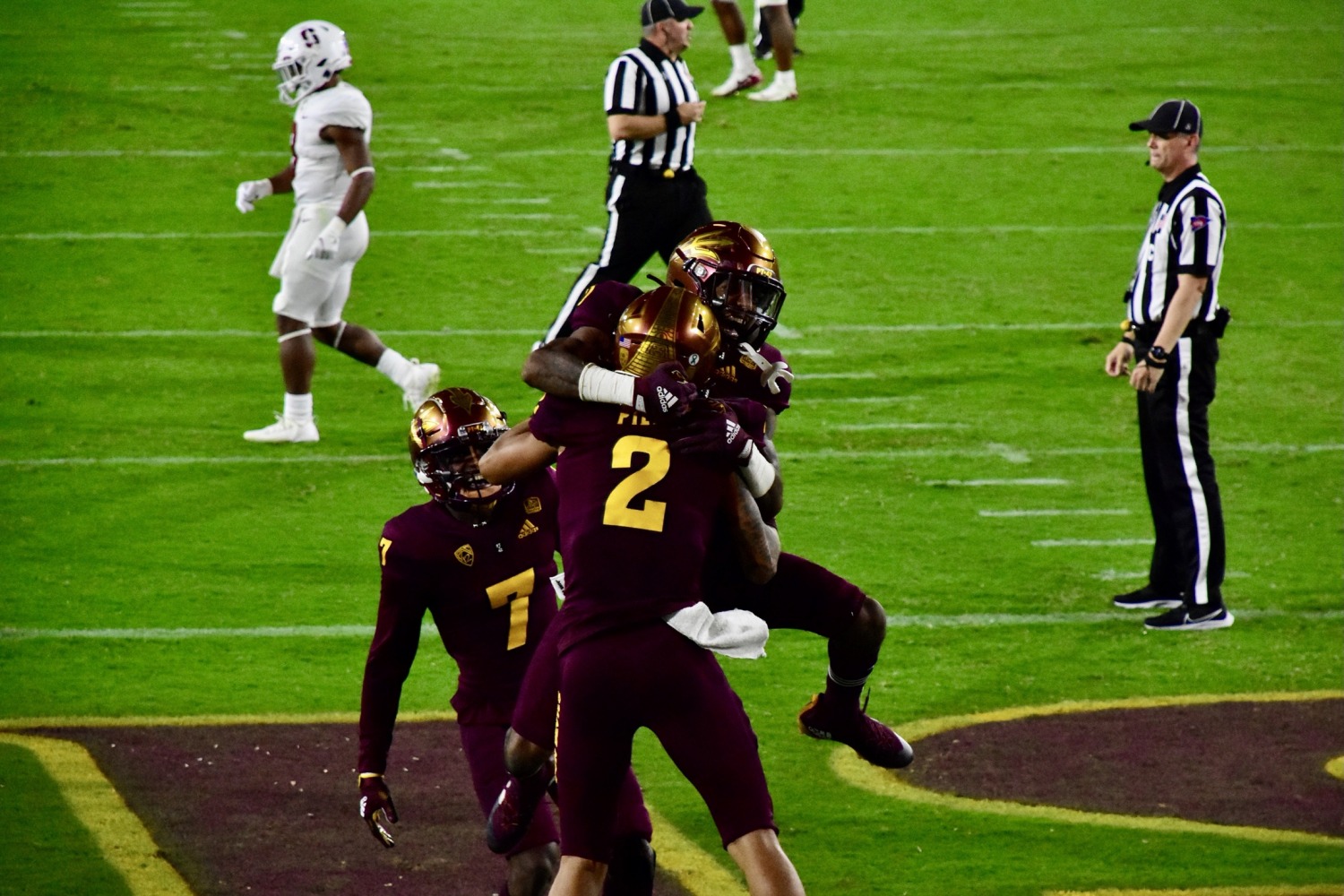 Ever since the College Football Playoff was established in 2014, the conference championship game has been reduced to being nothing more than the method of propping up the flag carrier. Look no further than the Big 12. The lack of a title game left out TCU and Baylor in the first year of the new era. It is the only Power 5 conference to have a title game without divisions, meaning the top two teams in the standings play for the crown.

It’s basically a bonus ranked game for Oklahoma, whom has won the conference championship every year since 2015. We all got a sequel of the Red River Rivalry in 2018 because of it and this year might bring back-to-back Bedlam. Both No. 6 Oklahoma and No. 12 Oklahoma State are currently undefeated.

The Pac-12 is another example of a conference that needs the perfect matchup in the title game to give them a chance in the playoff. One of things I personally love about the Pac-12 is the parity, nearly every game is competitive. Unfortunately, the CFP committee doesn’t look at parity too kindly. Which means the top two teams need to meet for the conference title game for their best chance at crashing the party.

No. 9 Oregon and No. 18 Arizona State are both on top of their respective divisions and won face each other unless they meet in the title game. The Ducks lost to Stanford in overtime but the Sun Devils avoided the Cardinal’s attempt at a second consecutive upset with a 28-10 blowout win on Friday.

Oregon should win its remaining six games as there are no ranked teams left on the schedule. An early season win over No. 3 Ohio State served as the only ranked matchup and victory for the Ducks. That makes playing Arizona State in the title game important. The Sun Devils have gone 1-1 in ranked matchups but are one of two teams with perfect conference records in the Pac-12. That will change this week when ASU takes on Utah.

It is in the Pac-12’s best interest to have both Oregon and Arizona State meet in the conference title game without another loss. But will that be enough to distinguish the winner with Cincinnati?

Cincinnati has so far backed its perfect regular season last year with a 5-0 record including a win over No. 9 Notre Dame. The No. 3 Bearcats only have one more ranked matchup remaining in the schedule, assuming No. 23 SMU doesn’t lose until then. It would be interesting to see if the committee will respect Cincinnati’s victories or gradually move the Bearcats down the rankings.

Alabama has been so good for so long the Crimson Tide basically goes into every year with a +1 handicap.

The fact that they lost on the road to Texas A&M on the road by a field goal will not derail their playoff chances, especially when they run through the remaining six games of the schedule, which consists of a road game at Mississippi State, four straight home games and Auburn on the road, which is always tricky.

What the loss does do is eliminate the nightmare scenario in which a SEC Championship Game between Alabama and Georgia would result with both teams going to the playoffs regardless of the outcome. If No. 1 Georgia were to win that matchup then a two-loss Alabama team will be left out.

With Iowa beating Penn State, a battle between No. 3 and No. 4, the No.2 Hawkeyes serve as the top opponent for whomever emerges from the Big Ten East. Both Michigan and Michigan State remain undefeated, which makes their incoming matchup a highly anticipated affair. Ohio State already has a loss on its record but is a perfect 3-0 in conference play. The path for all three and even Penn State would be to win out and defeat Iowa for the conference title. There is a guarantee that the playoff committee will award the Big Ten with a playoff spot just like it will for the SEC.

With the fall of Clemson, the ACC has largely been forgotten in the playoff conversation. It be time for the nation to accept this version of Wake Forest for what it is, a high scoring team that will let their opponents catch up, only to make the game more entertaining. The No. 19 Demon Deacons avoided a scare with a 40-37 overtime win at Syracuse.

No matter who they play, they always seem to score somewhere between 35-42 points. Wake Forest is a fun team to bet the over on. Sadly it may not be enough for a playoff push unless they go undefeated.