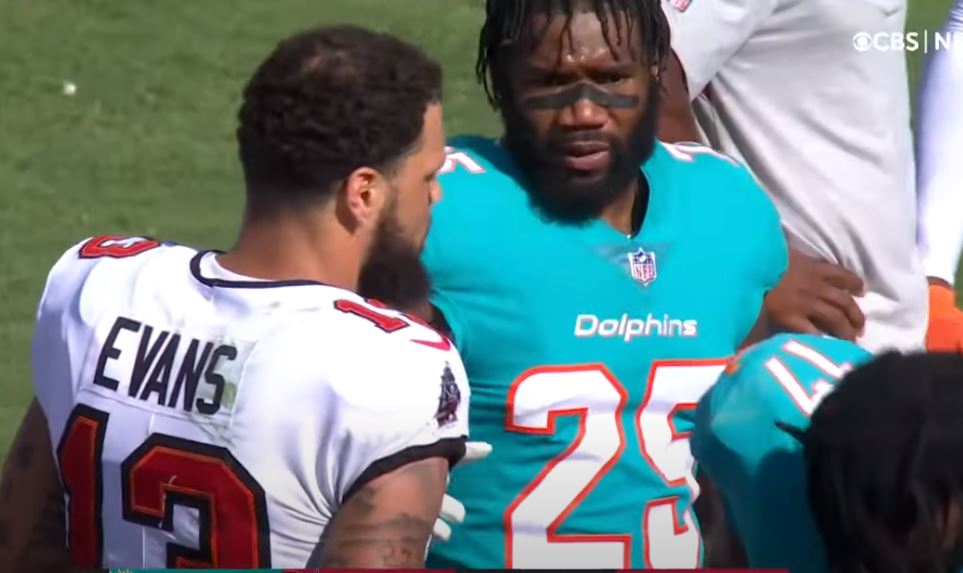 As let down as Miami Dolphins followers feel about this 1-4 train wreck of a start to the season, imagine the gut punch for the 81-year-old team owner.

Steve Ross went all in on the Brian Flores/Chris Grier regime leading a rebuilding effort to finally get the Dolphins off the NFL island of lost causes. Instead we are reminded that one 10-win season with a young coach is no basis to declare him a success, as Flores follows the trajectory of predecessor Adam Gase that may lead him to oblivion.

The surprise is that the failings of Flores’ strength as a defensive technician may become his downfall.

Granted, Sunday’s trip to Tampa Bay to face the defending champion Buccaneers wasn’t a likely win. But the 45-17 debacle was an absolute indictment of Flores’ defense, which was supposed to be the cornerstone for improving on a 10-6 season.

There may be no opposing coach with the basis for defending against Tom Brady that Flores has, from all the years they spent on the same sideline in New England. And there was the Dolphins win in the regular-season finale of 2019 – Flores’ first season in Miami – that prematurely ended Brady’s Patriots career.

But Brady at 44 had his way with Flores’ defenders all day Sunday, making it look ridiculously easy while throwing for 411 yards, five touchdowns and a 144.4 passer rating.

The Bucs scored touchdowns on six of nine drives (not counting the final possession when they ran out the clock). They made a field goal, missed one and punted only once.

Dolphins disaster on third down

But that is simply a continuation of what we have seen all season. Flores’ defense has gone from the best in the NFL on third down in 2020 (31.2 conversion rate) to second worst (54.2 percent) in the first four weeks. That was before the Bucs, missing Rob Gronkowski, converted 72.7 percent on third down.

This Dolphins defense has been a sieve on every down so far this season.

They were sixth in scoring defense last season, allowing 21.1 points a game.

They have given up an average 30.8 through five games this season, which would have all been losses if Xavien Howard hadn’t wrestled a fumble away from the Patriots in the final minutes of the opener.

But Howard was beaten by Antonio Brown for two touchdowns Sunday, including a 62-yard scorcher. Brady fended off the Dolphins’ highly paid cornerback duo of Howard and Byron Jones like a couple of common houseflies.

The offense showed some promise early. It helped to have Preston Williams (three catches for 60 yards) back at wide receiver and Myles Gaskin (99 all-purpose yards, two touchdowns) back in the game plan.

They’re still not getting what was expected of rookie receiver Jaylen Waddle, who has his moments but too many drops.

The bottom line is these Dolphins look like a team in need of a rebuild rather than one in the third year of a complete makeover that was supposed to lead to the playoffs this season.

Granted the schedule looks more favorable the rest of the way (the 0-5 Jaguars next week in London). But the flaws of this team are plentiful and glaring.
Clearly they’ve miscalculated in player evaluation because they are getting pushed around up front and beaten at the skilled positions.

Most damning is the lack of impact so far from the nine draft picks taken in the first two rounds in the past two drafts.

Waddle may yet turn into a star, and fellow 2021 first-rounder Jaelan Phillips is looking better each week (first full sack Sunday). The jury is still out on quarterback Tua Tagovailoa, who may return next week.

What will owner Ross do as Dolphins sink?

But how patient will octogenarian owner Ross be as he watches another coach/front office combo foundering?

That may be more interesting to watch than anything that transpires on upcoming Sundays. Specifically, will Ross go into damn-the-torpedoes mode and order full-fledged pursuit of Deshaun Watson despite the legal issues hanging over the troubled Houston quarterback?

After all, it’s tough to justify refusing to part with a stockpile of high draft picks if you keep firing blanks year after year and remain mired in the same muck of mediocrity.

Road to the Orange Bowl: The purpose of the conference championship game
Scroll to top