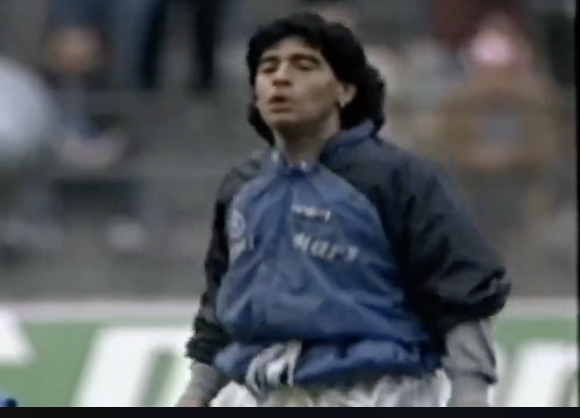 Diego Armando Maradona was a legendary soccer player, maybe the greatest of all-time, and he passed away at the age of 60 on Wednesday. His legacy was defined not just by his authorship of the best goal you will ever see, the one that made him seem like a “cosmic kite” leaving Englishmen in the dust.

Both Cristiano Ronaldo and Messi dubbed him as “eternal” in their social media posts after his passing, and maybe you think that is too big a word for someone who just kicked a ball around for 20 years. However, the memories he left embedded in everyone’s minds are indeed timeless because he made us rise with joy after a goal, left our mouths wide open after not believing that gravity could be defied the way he bent it at his will, and most importantly gifted us with the goals that allowed us to hug our dads, grandfathers, moms, brothers, sisters, cousins, friends, girlfriends, boyfriends and even total strangers.

His memories as a player are intertwined with ours as fans who believed we could be him playing soccer in the park, at school or on the street. That is his true legacy.

Here are five of his best quotes, the ones that combined emotion, charisma, fear and anger. Sometimes separately, sometimes all at once. That is what made him relatable, that is what made him Maradona. What he lacked in formal education, he more than made up for in charisma.

That was what Maradona told his teammate right after his infamous “Hand of God” goal in the 1986 World Cup quarterfinals against England.

He didn’t want the referee to realize what had happened, so he said that when Argentinian midfielder Sergio Batista asked him point blank if he had scored. Like a kid trying to get away with mischief but, you know, in the world’s biggest stage.

“I scored with Maradona’s head, and the hand of God.”

Maradona retired from the Argentinian national team for the first time after the 1990 World Cup that saw him but came back in 1993 to save Argentina from potentially missing the 1994 World Cup in a qualifying home-and-home playoff against Australia that they barely eked out with an overall 2-1 score.

Argentina survived that scare and entered the tournament as back-to-back finalists in the previous two editions and won 4-0 against Greece with what would be Maradona’s last international goal ever and 2-1 over Nigeria in a comeback effort that included an assist by “El Diego”.

I was 7 years old at the time and teachers at school would stop class and let us all gather in the auditorium to watch the matches. To watch Maradona.

However, Argentina’s championship dreams were crushed when a mysterious nurse came on the field to escort Maradona for “random” drug testing. He tested positive for ephedrine and a 15-month ban ensued.

Maradona felt so betrayed by the process that he said “this hurts a lot, it feels like they (FIFA) cut my legs off.”

3) “The ball should remain spotless”

Maradona was in bad shape in 2001, he had already had one near-death experience because of his drug habit a year earlier, but he was able to gather soccer legends from all over the world for a match in his honor.

Afterwards, he took the mic and said this in tears: “Soccer is the most beautiful and one of the healthiest sports in the world. I made mistakes and paid the price for that, but soccer shouldn’t pay the price for that. The ball should remain spotless.”

His moral code revolved around the ball, his one and only true love. He was a flawed sports superhero, and people loved him for it.

4) “Grondona let the turtle get away”

Maradona was anti-establishment and railed against the institutions that dared to attempt to control him. So he took a shot at Julio Grondona, the president of the Argentinian Football Association and FIFA VP, when he let a concert take place before a match Argentina had to play.

5) “No matter what happens or who coaches Argentina, the number 10 jersey will always be mine”

Relegation, legitimacy, popularity: What should MLS do to grow in America?

Pressure Point: If Tua is healthy, he’s the Dolphins’ QB—as he...
Scroll to top