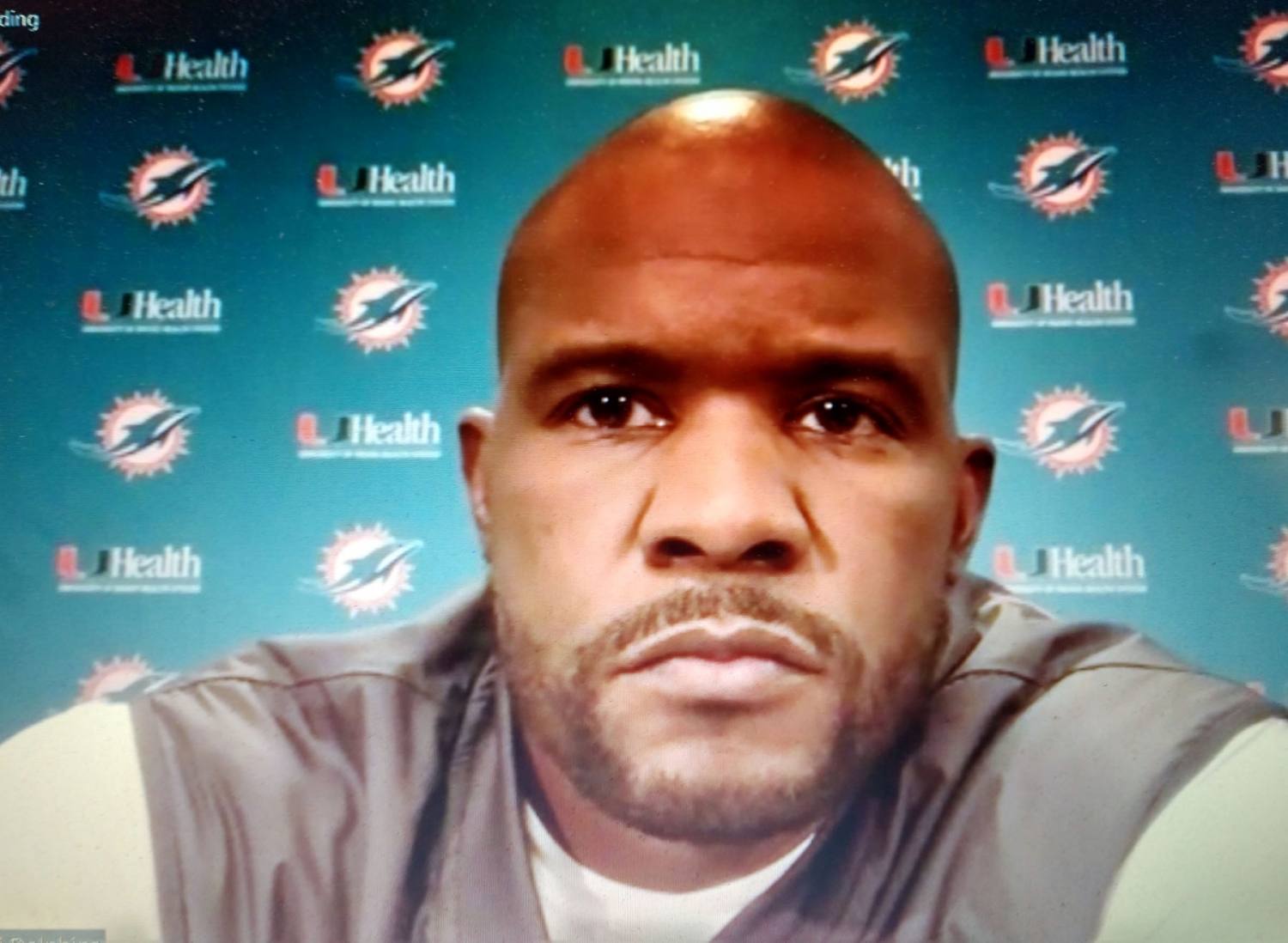 The main conclusion about the Dolphins’ 20-3 win Sunday against the hapless Jets (0-11) is Miami did what was needed to hold serve against the worst team in the NFL.

They got the result that was expected. Combined with losses by Las Vegas and Indianapolis, the 7-4 Dolphins moved into the sixth seed (out of seven) in the AFC playoff race.

What Sunday’s result didn’t do was ignite a quarterback controversy, though some short-sighted observers are sure to stoke the embers.

Coach Brian Flores nipped that in the bud postgame, asserting that Tua Tagovailoa (thumb injury) will be back at the controls as soon as he is healthy.

Flores: Tua is the guy

“Yeah. If he’s healthy he’s the guy. I don’t know how many different ways I’ve got to say that. You keep asking, I’ll keep answering the same way,” said Flores, adding that Tagovailoa was close to being able to play Sunday.

“He’s dealing with something with the hand. We’ll take it day to day. He’s a tough kid, he wants to be out there,” Flores said. “Thankfully, we have other guys who stepped up.”

Veteran Ryan Fitzpatrick, in throwing for 257 yards and two touchdowns, provided what any team would hope to get from its backup quarterback.

“It’s good to have Fitz,” Flores said. “He’s obviously a leader on this team. He’s been that for awhile. He’ll continue to be that for this team.”

As Flores pointed out, Fitzpatrick gave a competent, veteran performance. He was particularly effective in utilizing his best receiver, DeVante Parker — something Tua needs to improve at — who had eight receptions for 119 yards.

Fitzpatrick was good enough, not spectacular

But let’s not overstate Fitzpatrick’s performance. He didn’t exactly light up a Jets defense that ranked 30th in the league (29th in pass defense).

He had a run of 10 consecutive completions in the first half. But in the second half his accuracy was erratic.

Notably the Dolphins’ first five possessions in the second half went punt, punt, fumble (Matt Breida), fumble (Patrick Laird), punt. Fitzpatrick finally put together an 80-yard touchdown drive, aided by 32 yards in penalties, to put the Jets out of their misery and one step close to a chance to draft Trevor Lawrence.

The Jets are playing for the future. Frankly, so are the Dolphins.

Granted, Flores has the rebuilding Dolphins in playoff contention much faster than it was reasonable to expect.

They may actually get there, riding the backs of a defense that has blossomed into a high-end unit.

Flores was quick to credit defensive coordinator Josh Boyer, saying, “He’s done a great job the entire year. I think often times people give me too much credit.”

But let’s face it, these Dolphins aren’t constructed to vie with the top teams for a serious run in January. Not with an offense so lacking in playmakers.

Aside from Parker, there is little to fear in the receiving corps, particularly with Preston Williams out for the year and Albert Wilson opting out due to the coronavirus.

The Dolphins will a chance to address that deficiency in the next draft. Wide receiver should be right at the top of the shopping list. Running back should be another priority, though DeAndre Washington showed some promise with some tough running in the fourth quarter that helped close out the victory.

The lack of depth at receiver is apparent regardless of the quarterback. But Tagovailoa can take a lesson from Fitzpatrick in making better use of Parker, who has the ability to beat defenders for contested balls. And he will.

Remarkably, a surprising number of fans were ready to toss Tua overboard after a poor outing at Denver. That despite leading wins in his first three starts while throwing for six touchdown and zero interceptions.

Some went so far as to suggest the Dolphins made the wrong choice in taking Tagovailoa over Justin Herbert. Even though Tua outplayed Herbert in beating the Chargers the week before.

No question, Fitzpatrick is more poised and in command of the offense than Tagovailoa at this point. He’s been doing it for 17 years.

Tagovailoa has four starts under his belt after having no preseason to aid in getting a grip on playing at this level.

Dolphins must look beyond 2020

Does Fitzpatrick give the Dolphins the better chance to make it to the playoffs? Maybe.

But it’s no certainty. And Flores made it clear that is not the way he is assessing the situation.

“We’ll take this one day at time, try to improve and get better on a daily basis,” Flores said, reiterating the mantra he has recited since Day 1. “I’m actually saying that very sincerely. So to get into a playoff this or that, I’m not really into that. I’m into, let’s get better tomorrow. Let’s prepare for the next opponent.”

So it’s not playoffs 2020, or bust. For Flores, it’s about preparing to make an impact in the playoffs when the ingredients are present to make it happen.

The objective is for Tagovailoa to lead the way. Unfortunately for Dolfans, who have waited so long for an impactful playoff team, that will require a bit more patience.

The Essence of Maradona in 5 Unforgettable Quotes