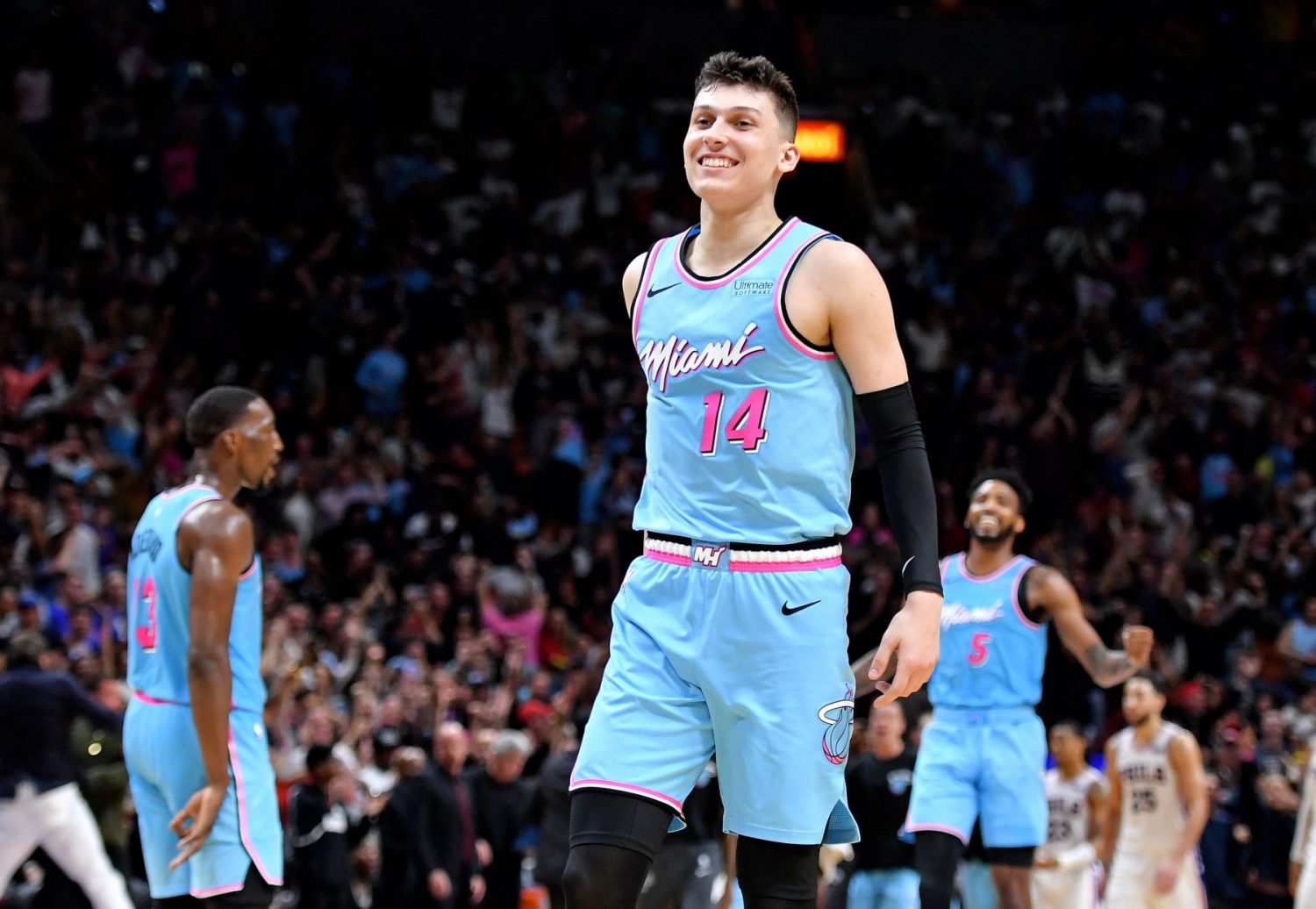 Tyler Christopher Herro is not someone who wants to just fade into the background. He is a brash rookie that doesn´t back down from anyone,  but his confidence doesn´t bleed into arrogance and he is also respectful of the coaching staff and the veterans that are eager to mold him into the next Miami Heat superstar.

Herro is the kind of shooter that the Miami Heat hasn´t seen since…well, ever. His seven three-pointers during a 134-129 win against the Washington Wizards set a Heat rookie record for threes made in a single game. The 20-year-old even already had his first signature moment in the NBA when he made American Airlines Arena go bonkers after a dramatic game-winning shot against the hated Philadelphia 76ers.

He could have done so many things on that play. Drive to the rim at full speed, to begin with, since he would most likely have gotten fouled. He could have passed the ball to the trailing Jimmy Butler, who had gotten the steal and is the team´s veteran star closer after all. But no, he pulled back and shot from long distance with no worries in the world. Like 20,000 people at the AAA and millions more in their homes weren´t holding their collective breath.

His restart debut in Orlando only emphasized that growth, which went beyond his seven points in 20 minutes of action off the bench during Miami’s 125-105 rout of the depleted Denver Nuggets. Herro seemed at ease and already showcases new facets of his offensive repertoire as well.

That runner for Herro is so important for his game

People seem to think that his upside is a Devin Booker-type player, but his mentality is different. Booker is about his numbers, while Herro is about rising to the moment.

In other words, the kid has cojones. Then again, we are talking about a guy that was born in Wisconsin but made for South Beach with a penchant for luxury cars and Gucci purses.

FROM SNOW PLOWER TO SHOT CALLER 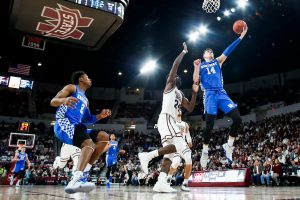 Herro grew up in Milwaukee, and naturally his first job was as a snow plower for his dad Chris. 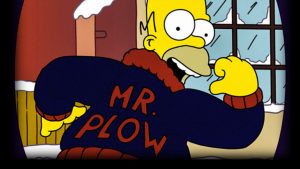 Life in the suburbs of dairy land wasn´t exactly like the basketball showcase of nearby Chicago. Far from it, the most famous alumni at his local Whitnail High School were former Wisconsin Badgers quarterback Joel Stave (who was the school’s all-time winningest QB but also was waived by six different NFL teams without ever taking a single snap) and 1980 Playboy Playmate of the Month Jeana Keough.

In other words, the fast lane to basketball glory wasn´t at 5000 South 116th Street, Greenfield, Wisconsin. However, if you are talented, the recruiters will find you.

Herro averaged 32.9 points per game and took his school to the sectional semifinals as a senior phenom, hitting game winning shots against archrivals, having ridiculous nights with 45-point triple-doubles and having his classmates call Milwaukee “Tyler City” while making First Team All-State. It didn’t matter if he was snubbed for the McDonald’s All-American game, schools like Kansas and Villanova were already knocking at him, but his original intention was to stay at home with the Badgers, committing verbally as a junior in 2017.

Shoutout to everyone doubting me.

That senior year changed everything, and a visit from Kentucky Wildcats head coach John Calipari made him question what he thought was so clear as well. That was how Calipari convinced Herro that the Wildcats were “a better fit” for him.

That didn’t sit well in Wisconsin.

Herro arrived at Rupp Arena ready to fill the void left by current Oklahoma City Thunder star Shai Gilgeous-Alexander, one of five one-and-dones and six NBA-bound Wildcats and in 2018. Alexander averaged 14.4 points and took Kentucky to the Sweet 16, but Herro went a step further into the Elite Eight while also being second on the team averaging 14.0 points per contest and shooting 46.2% from the field, 35.5% from deep.

@raf_tyler is only one game into his Kentucky career — and it's just an exhibition — and he's already becoming a #BBN favorite. #BigBlueBahamas #All40 pic.twitter.com/9pGGeBoYHD

Calipari has seen many super talented prospects come and go during the past decade since he arrived at Kentucky in 2009, but he considers Herro one of his 10 all-time best clutch players and “bucket getters” (makes sense), and also one of his two best lockdown defenders. That’s curious, because Herro’s defense is actually one of the main things coaches, writers and fans emphasize as an area of improvement for the rookie in the NBA.

Herro started all four games for Kentucky during the NCAA Tournament, averaging 12.3 points and 3.5 assists…but his three-point percentage was a horrendous 18.8% (3-for-16), something to keep in mind for when the lights shine brightest in the NBA playoffs later this month.

His last game as a Wildcat was one to forget, as he scored just seven points going 3-for-11 from the field and 1-for-5 from deep in a 77-71 loss to fifth-seeded Auburn.

After the game, a dejected Herro sat in his locker fielding questions and said that “of course” that there was a chance he would be back in blue-and-white for a sophomore year.

However, the lure of being a potential lottery pick *https://nbadraftroom.com/p/2019-nba-mock-draft/) made him decide to turn pro instead. 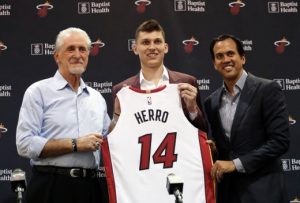 And a lottery pick he was indeed, the last one actually, as Pat Riley picked him with the 14th  selection, just one spot after Kentucky top scorer P.J. Washington went to Charlotte,

Pat Riley had high praise for Tyler Herro, and takes a shot at DUKE.

"It's not a coincidence anymore that we're drafting all the Kentucky players. Getting rid of the Duke concept." pic.twitter.com/pSzxHkg8gl

Pat Riley says Tyler Herro made his last 25 shots in a workout pic.twitter.com/BP5MR42hEv

Pat Riley calls Erik Spoelstra the coach who is going to make Tyler Herro an All-Star.

In spite of that feel-good moment and Riley’s praise, the pick was met with a lot of skepticism in Miami, where the team was coming off a 39-43 season and resided in salary cap hell. Some fans booed the pick and Twitter didn’t hold back, as always.

So you drafted Austin Powers?

He can't draft to save his life these days.

Tyler Herro. Have to say I’m surprised. Not shocked, but surprised. He’s a Kentucky guy, so that’s no shock with Pat Riley. Still, I liked some of other guys on board better. I like Herro. He can really shoot. This won’t be an instant hit for many fans, that’s for sure.

So according to Pat Riley; Tyler Herro is a complementary player like Tyler Johnson?…. Jesus Christ.

Herro put in the work during the summer of 2019, and the second game of his NBA career was in Milwaukee. You would think his hometown would have been proud of him, but he got greeted by boos instead. Dwyane Wade, who also played college basketball in Milwaukee at Marquette and is the Heat’s all-time best player, came to his defense.

Herro didn’t care much, or at least he didn’t show it. His 14 points and five rebounds contributed to a thrilling 131-126 overtime win against the Eastern Conference’s best team, and that would be just the beginning of a fairytale season for both him and the team.

Let’s just say the bandwagon filled up quickly after that. “Old Ass Taintstick” is probably bragging about how he always loved Herro.

The Tyler Herro bandwagon left the station when he was slept on in the pre draft process.

He scored the first 14 points last night. I see All-Star, I’ve seen it since Kentucky pic.twitter.com/4A9xZV5PLB

Herro injured his ankle in mid-February and the Heat went 7-9 in his absence during the following six weeks. His return would be short-lived, since it was during the final game before the pandemic against P.J. Washington’s Hornets.

Four months later, he is fully healed and better than ever, hoping to write a new chapter of his story as many experts are not so sure about the Heat’s chances to make it far in the playoffs. Then again, he already knows what to do with the doubters. 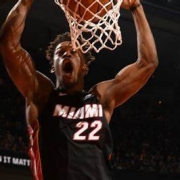 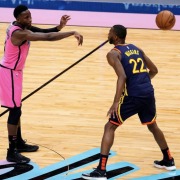 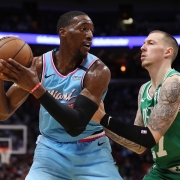 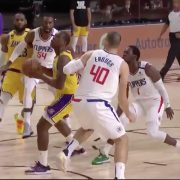 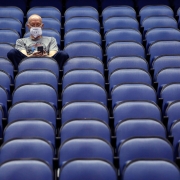 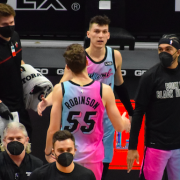 What are some Miami Heat trade options?
0 replies

5 conclusions we can draw from Miami’s recent recruiting momentum

Thursday Trends: 3 Plays in the NBA Bubble
Scroll to top