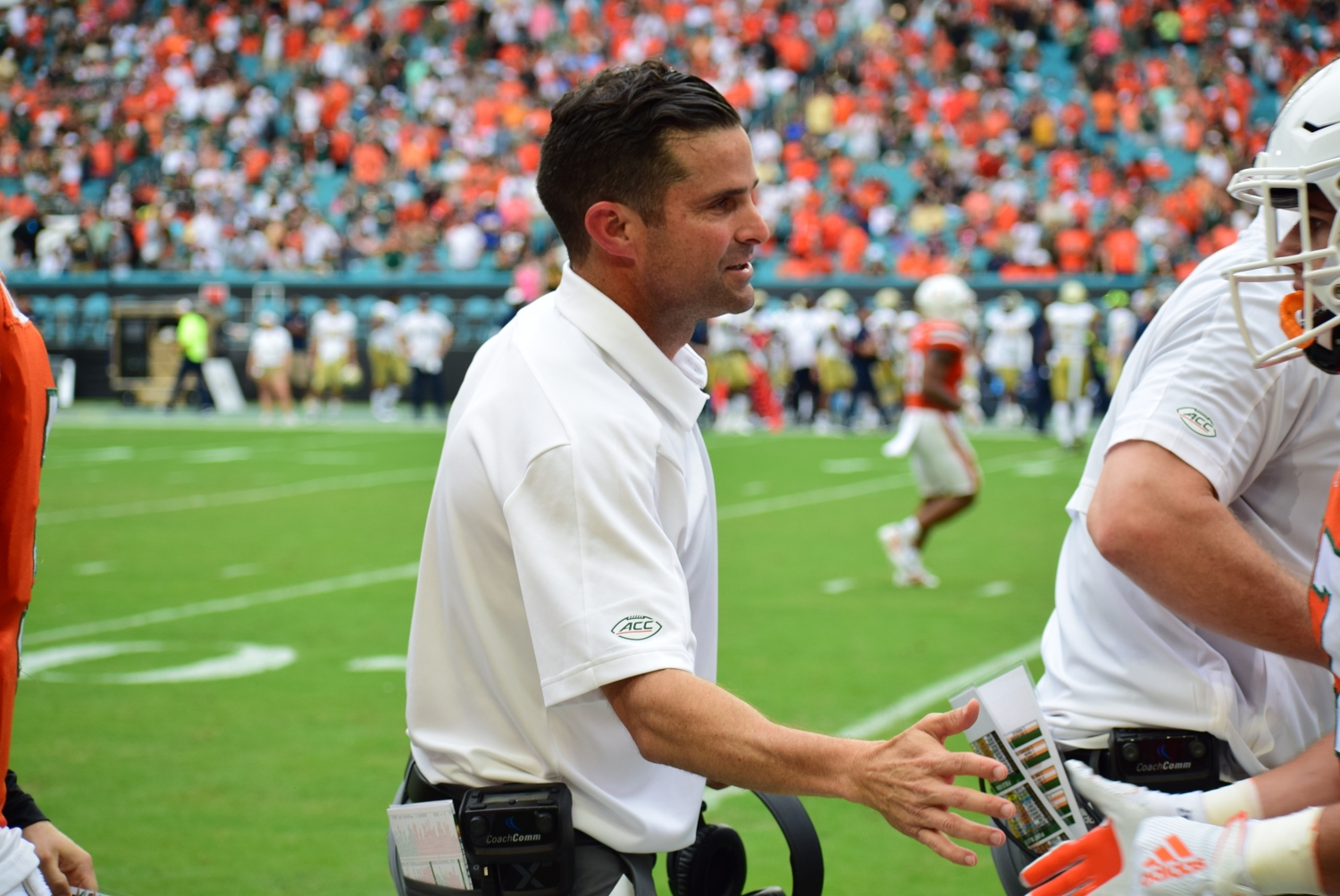 If you are a Miami Hurricanes fan, it’s no secret that the Canes have been killing it on the recruiting trail lately, getting commitments left and right. That flame will still carry a lot of fire into August with the impending decisions of the Palmetto trio of five-star DT Leonard Taylor, five-star CB Jason Marshall, and four-star S Corey Collier. But what have we learned from all of the excitement up to this point?

Ephraim Banda is an elite recruiter

Yes, I wholeheartedly believe this even though he doesn’t work for Nick Saban, Dabo Swinney, or Kirby Smart. But the recruits he’s been able to reel in the past five years has been incredible, considering the circumstances. A lot of critics (fans really) have zeroed in on the recruits he missed out on but let’s take a look at the guys he’s been able to close the deal with.

We all remember that abysmal 2019 class when Banda could not catch enough flack for missing out on Tyrique Stevenson when he opted for Georgia instead of Miami. Shoot, on the morning of National Signing Day earlier this year, that whole mess with Jaiden Francois also ended with Miami on the losing side to Nebraska of all schools.

Missing out on Francois hurt for about two hours. However, it was practically forgotten about when Avantae Williams shocked the world and chose the Canes over highly-favored Florida. You know why? Because Banda had been laying the groundwork in Williams’ recruitment since Williams was in the 8th grade. Avantae initially committed in February 2017 and was in the fold for 15 months. He de-committed, but Banda kept working his magic enough to regain his signature on Signing Day. On top of that, he landed a couple of other high-level South Florida safeties in four-star Jalen Harrell and three-star Brian Balom.

Banda was also the primary recruiter for five-star James Williams, whom everyone thought was a LOCK for Georgia.

It also helps that he currently has 7 (!!!) safeties that he’s coached at Miami currently in the NFL.

As of right now, Banda is the 11th best recruiter in the country according to 247Sports but he absolutely deserves top 5 status should he snag the Palmetto duo of five-star CB Jason Marshall and four-star safety Corey Collier.

Enough numbers, but you get the gist. I’ve always felt as if there were a time where we could comfortably say “The U is back”, it has to start from recruiting heavy down here. You have to lock down South Florida. There’s so much talent in Miami alone, from Overtown all the way down to Florida City and Homestead, and the reality is that they’re not going to get everyone

Miami’s initial rise to glory was back in the 80’s when Howard Scnhellenberger did what every former Miami coach was afraid to do and that was to recruit in the inner city. From there, he basically unlocked Pandora’s box containing the talent-rich schools in the area that would later elevate the program to national prominence.

It was important for Diaz to emphasize South Florida in the 2021 class not only for future success but also because of how talent-heavy South Florida is in this current class.

16 of the top 36 prospects in Florida are from the tri-county area. And out of those 16, 7 are currently committed to Miami and that number could reach as much as 10 by the end of the cycle should they land Leonard Taylor, Jason Marshall, and Corey Collier. In reality, the Canes are not going to get every prospect they want down here, which isn’t necessarily a bad thing if you consider how talent there is. But they’re already operating at a good percentage.

There’s a reason why you always see teams like Alabama, Georgia, Clemson, and Ohio State in the College Football playoff. Okay maybe there’s a like a few but a big one is the story told by the depth chart. You have your 1st-team and 2nd-team All-American starters on both sides but when they get hurt, there isn’t much of a drop off when the next guy is called.

Miami had a great haul in 2020 with Williams as well as Harrell and Balom. And as it stands, they’re slated to bring in five-star James Williams and four-star Kamren Kinchens. That’s a good two-deep at both safety spots in 2021 and it could be even better if Gurvan Hall and Bubba Bolden decide to stay for their senior years. So yes, that’s the depth we can possibly see when Miami plays Alabama in the 2021 season opener.

Commitment to winning  = Recruits are buying it

After one season, Manny Diaz has already separated himself from the two men he succeeded. No, it’s not about going 6-7 in his first season at the helm. It’s about always having his finger on the trigger if changes are needed. One of the biggest downfalls of Mark Richt and even Al Golden was that either they were too loyal to some of their assistant coaches or they were resistant to making changes even though there was a glaring need. For both coaches, they both got the axe before they could invoke change.

When Al Golden was hired, he brought along a close friend of his in Mark D’Onofrio, who was the defensive coordinator for Golden’s Temple teams. Not even going to sugarcoat it, Miami’s defenses were terrible. In three of three of the five years, the Canes ranked 90th or worse in the nation in total defense. Don’t even get me started when they played Georgia Tech or whatever team that was and they put only 3 in the box when Tech was inside the 5.

The offense was very lackluster in 2019 under new OC Dan Enos, who received much hype and praise when he was brought in by coach Diaz. After the season, Diaz wasted no time in deciding to fire Enos in favor of Rhett Lashlee, a man who ran the 7th best offense in the country for SMU. Even though Diaz had a lot of respect for Enos initially, he showed his commitment to not only winning but also turning the program around.

Quarantine has not slowed down recruiting for Miami

The recruiting dead period commenced in the middle of March but that has not stopped Miami’s coaches from utilizing creative methods to build and further their relationships with prospects and their families. Miami has added 12 commitments since the beginning of quarantine, which accounts for more than half of their total. The Canes already have the advantage of being in close proximity to a majority of the recruits they are in contact with. There’s probably a handful of schools that can say they have this luxury and schools that don’t have a hotbed of talent surrounding them are suffering the most.

Mix in the fact that even if recruits were to take the risk and visit other campuses (most aren’t), they cannot do so with the assistance of coaches. I’m not saying this to discredit the coaches and their work, but that advantage could not come at a better time.

The Time Is Now For The Panthers

Tyler Herro is here to silence his doubters
Scroll to top