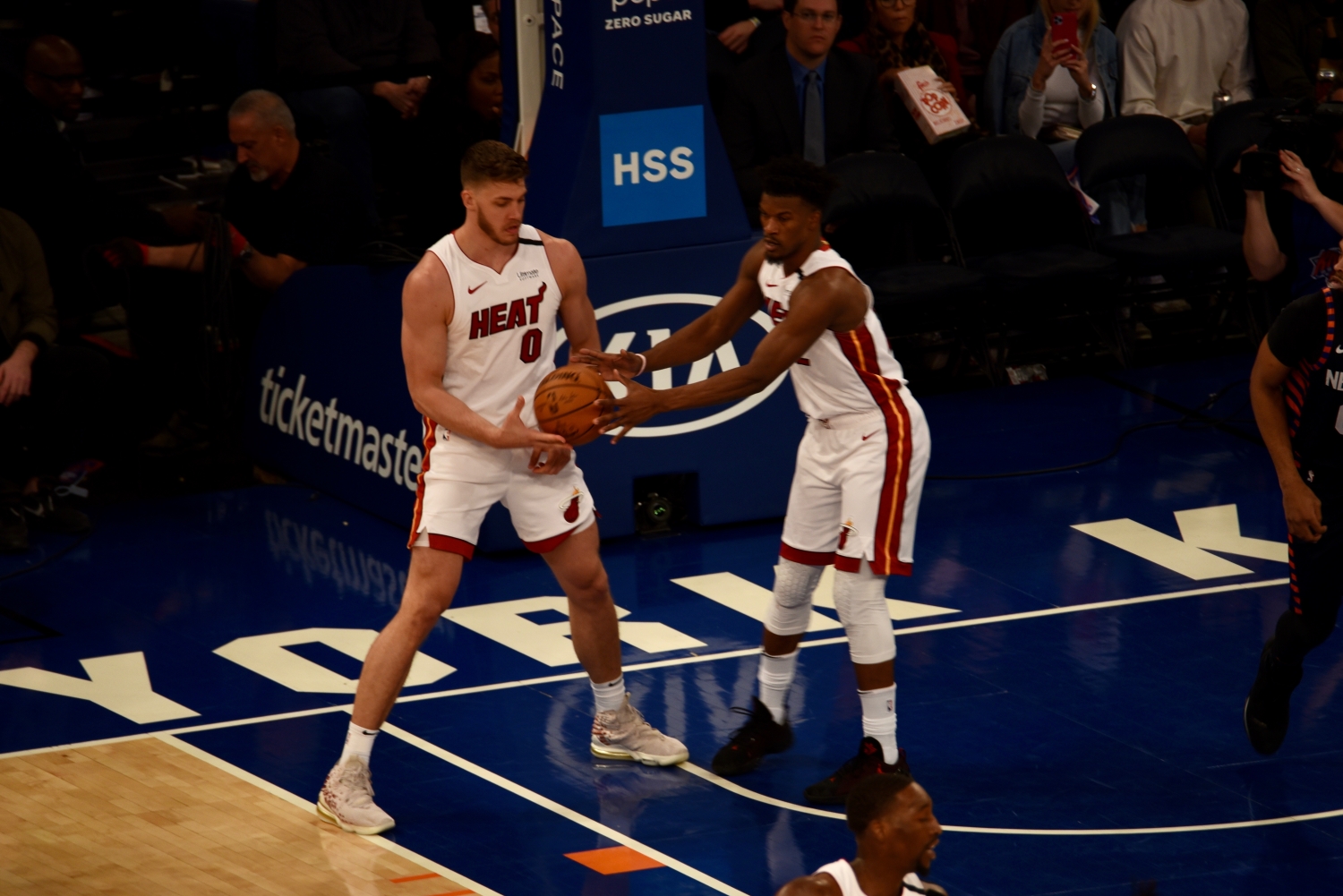 The Miami Heat’s starting center, Meyers Leonard, went on a zoom call today to discuss his status, the team’s situation and more as they head into the bubble in a couple of days.

Here’s some of the key moments from this interview…

"I seriously cannot wait. I had a lot of ups and downs in Portland. One thing I didn't have was a consistent role. That's something I earned here and I want to continue to earn. I don't care about stats. All I care about is wins."

Meyers Leonard talks about his current role with the Miami Heat and the impact he thinks he makes. Also mentioning he didn’t have a consistent role in Portland but does here. He says, “I don’t care about stats. All I care about is wins.” This has shown to be true since the Heat went 34-15 when Meyers was starting this season. It also caused the Heat to be in a bit of a slump down the stretch of the season. So getting him back on the floor should get the Heat back to their early season form.

Meyers Leonard acknowledges he could have gotten better treatment for his injury but he didn't trust having a third party trainer coming into his house.

But he says "I feel good. My ankle is strong. Everything has healed correctly."

When asked how quickly the starting group can get back on the same page, Meyers Leonard is confident it won't take as long as some other teams.

"Heat culture is very real. That gives us a leg up."

"Here, everybody knows their role."

It’s always great to hear Heat players embracing the Miami Heat culture. Meyers definitely thinks it’s a plus saying, “Heat culture is very real.” He also goes on to saying that everyone knows their role on this team, which definitely fits this format. Having a certain type of structure in the bubble should definitely benefit the Heat.
4.

On the deeper rotation after the trade, Meyers Leonard concedes:

Repeats that the team played well with him on the court, "but I'm going to have to earn that again."

Meyers talks about the depth of the rotation after Miami acquired Jae Crowder and Andre Iguodala. Meyers has yet to play a game with them since he has been out with injury since the trade was made. He says he will have to earn his spot again once the season resumes in Orlando. This won’t be a problem for Meyers since his strengths of on court vocal abilities and leadership will be much needed in a playoff setting.

Final one from Meyers Leonard:

"When you win, you get paid and you get to stick around. And I like it here."

Meyers Leonard says, “When you win, you get paid and you get to stick around.” The word that best  describes this quote is earning, which is something he brings up a couple of times throughout the interview. He then ends the interview saying, “I like it here,” which should make all Heat fans happy since this is the last year of his deal. And hopefully re-signs so he can help lead Miami to the playoffs for many years to come. 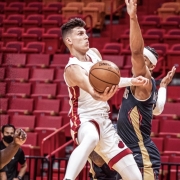 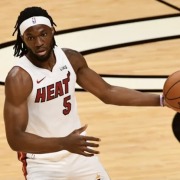 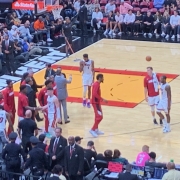 Shifting heights… and being high on Heat roster
0 replies