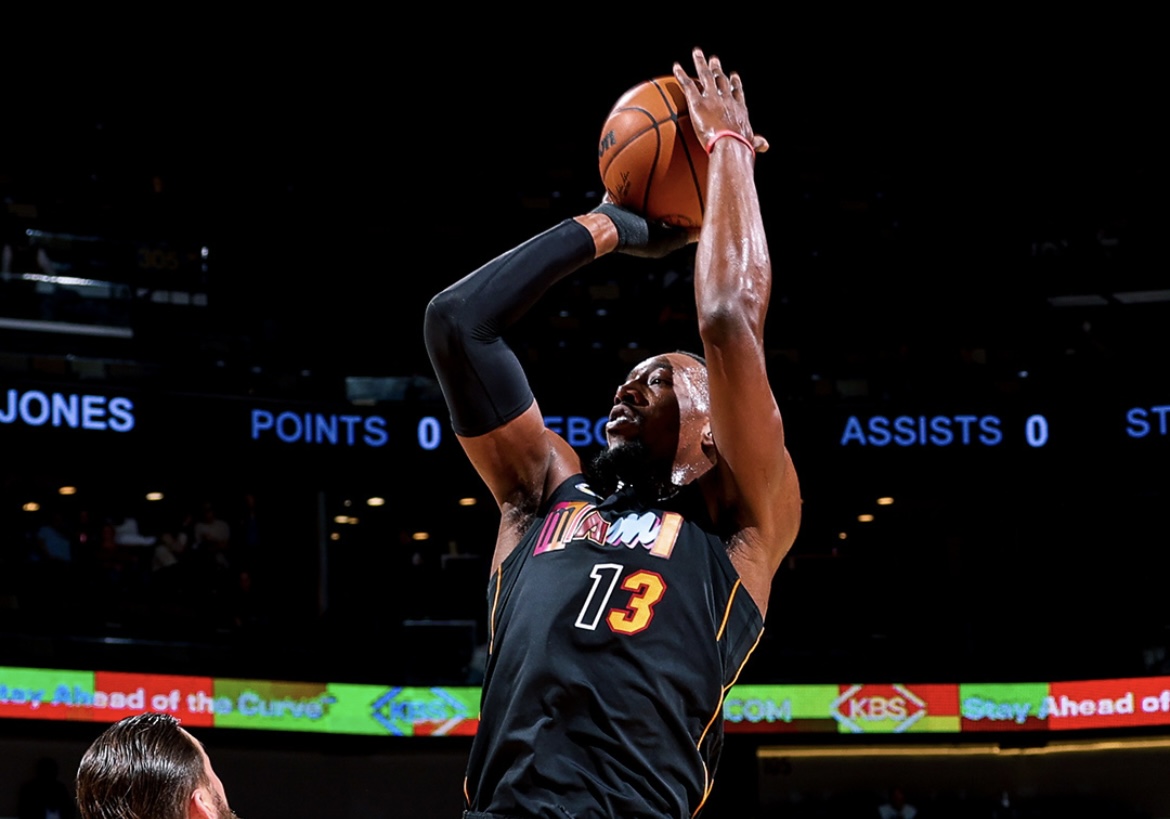 The Miami Heat faced the New Orleans Pelicans on the night of the deadline, after a rather quiet afternoon, but still got the win.

Anyway, here are some takeaways from this one…

Bam Adebayo entered this game in New Orleans with some pretty aggressive offensive showings right behind him. He’s found ways to exploit these switchy teams, put his back to the basket when needed, and find some clear lanes to attack. But in this match-up, it was clearly a bigger body than we’ve seen recently, in Jonas Valanciunas. But right from the jump, we saw a similar mindset. It’s one thing to be aggressive, but it’s another thing to be decisive. Tonight, we saw both. Instead of taking advantage of a one-on-one match-up, he found the dead spots on the floor and rose up. That exact area was the middle of the floor inside the free throw line, where he flowed into that jumper early. He dominated around the rim yet again, even with the surrounding size, and that’s when you know we’re noticing change. He’s evolving.

As we saw in a recent game against Charlotte, there’s one difference in this Heat team compared to recent ones. Even though there’s a similar focus on three-point shooting, it isn’t the only deciding factor in winning and losing a game. In past years, if they weren’t shooting well, they would keep going to it since it was their only choice. This season, that is usually a signal for Jimmy Butler time. He always finds a way to keep them afloat during that time, and that begins with mismatch hunting and camping out at the charity stripe. For one, Kyle Lowry being slotted next to him allows for much quicker insert passes, but it’s still all Butler in terms of seeking out opportunities to get to the line. And that’s how they survive.

When looking at this Heat roster tonight, without Tyler Herro and Caleb Martin, I was intrigued with how the rotation might shake up. But it should’ve been obvious against a bigger Pelicans’ team that they would go big. We saw Dewayne Dedmon next to Bam for stretches, but Omer Yurtseven entering was the part to mention. It makes sense to go big in that manner when losing depth options, but we saw it in a positive light once again. The reasoning: it’s for short stints. Anyway, we saw the high-low actions being spammed, and man did they look good. Adebayo would get position down low on a 4, no help was in sight, and he went up in the post for a decent look. We’ve seen this as Bam as the ‘high’ one and PJ Tucker as the ‘low’ guy, but Tucker isn’t a post threat. That’s the small difference in the offensive sets, and it’s good to see that diversity depending on the personnel.

#4: Heat dodging a bullet in New Orleans, and it’s not about the game.

As the Heat play the Pelicans on the night of the trade deadline, it blends right into the conversation many have been having about this team the past 24 hours. If a move was going to be made, they needed someone at the back-up 4 to eat up some minutes for PJ Tucker. And well, that’s what the buyout market will be for. Anyway, as Tucker drives baseline for a bounce pass into Bam in the middle of the floor, the play quickly escalated to more than an offensive set. Tucker went down on the floor grabbing his knee, leaving many Heat observers in freak-out mode. (If that doesn’t showcase the importance of Tucker, I don’t know what does.) Anyway, it ended up being named a left knee contusion, and there was Tucker standing on the court as the third quarter started. I personally wouldn’t have played him after he went down, but it’s hard to hold back Tucker when in that competitive state.

Forget the stats tonight, which were as Kyle Lowry as Kyle Lowry stats get. (Triple-double btw.) But when watching impact, there’s no one better. For starters, it is just simply night and day in the ways the offensive sets are run with this Heat team. Their first action begins so much sooner in the shot clock due to his initial full court entry pass, but the half court stuff is much more noticeable. The main element ties back to Bam Adebayo. It isn’t a coincidence that Adebayo’s aggression and comfort aligns perfectly with the return of Lowry to the lineup. Looking at his assist numbers, he just sets Adebayo up quite perfectly, and not just out of the PnR. He finds him. He aborts the play. And forces him to go to work. The best play for Adebayo. 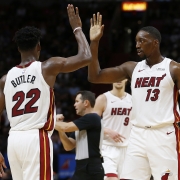 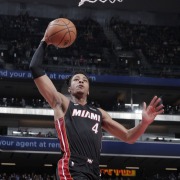 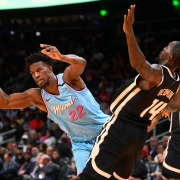