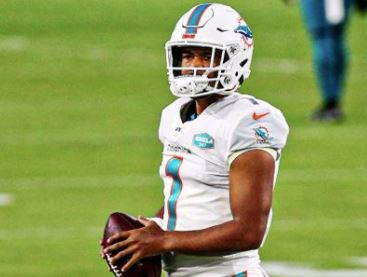 Raiders look to keep the momentum rolling after a big win in Dallas on Thanksgiving. The Raiders also have the rest/prep edge as they played on Thanksgiving, while No Names played Monday night. Raiders will miss TE Darren Waller, who’s doubtful for this game with a knee injury, but Washington is down multiple players as well. JD Mckissic, Landon Collins, and Wes Schweitzer are all already ruled out for this contest. AND Ereck Flowers is legitimately questionable. If Flowers misses the game this means No Names would be without both of their starting Guards. Raiders pass rush should take advantage of this and get Vegas a big win at home. I GUARANTEE IT!

Seattle clearly hasn’t been themselves all season. Things really hit the fan when Russell Wilson got hurt and missed three games, and even when he came back, the Hawks still haven’t looked like the Seahawks we’re used to. With all that being said, Seattle still has a small glimmer of hope at a playoff spot. If things are going to turn around for the Seahawks, it’s now or never. Russell Wilson and Pete Carroll are very aware of this. Some would even say Pete’s coaching for his job. Also, I don’t buy into the 49ers hype. UPSET!

Don’t look now, but other than the Pats, the Miami Dolphins are probably the hottest team in football right now. During Miami’s four game winning streak we have seen their defense completely come back to life. Evident by the three INTs and five sacks they forced last week at the hands of Carolina. The box score doesn’t do that game justice either. The Fins defense DOMINATED Cam Newton and the Panthers. Carolina couldn’t get anything going the entire game. I envision a very similar result in this one with the Mike Glennon led Giants coming to town. Fins D controls the game, as Tua should be able to game-manage the Fins to their fifth straight W. The Crazy Uncle approves.

Vikes coming off a disappointing loss in San Fran last week. What’s worse is the fact that stud RB Dalvin Cook was injured in that contest and is out for Sunday’s matchup in Mo-Town. Lions will also be without their star RB D’andre Swift, so that slow-moving offense takes yet another hit. Still, giving Detroit a good chance to keep this one within the fat betting line. Lions are 7-4 ATS this season, losing close games has become their bread and butter.

Colts get a bit of a break in the midst of what is a very tough schedule. Bills and Bucs the past two games, and Pats and Cardinals on deck for Indy. Recipe for success in this one should be simple for the Colts. Feed Johnathan Taylor. The last time these two faced off, JT ran for 145 yards and 2 TDs to do his part in a 31-3 rout of their division rival. Expect a similar showing from Taylor this Sunday. Colts take care of business on the road.

Falcons have been one of the most inconsistent teams in football this season, so I’m going off trends in this one. Yes, I believe TOMpa Bay is clearly the better football team, but in their past 13 trips to the ATL, Tampa has only won by more than a TD just one time. Bucs will get the win, but I’m expecting Matty Ice to keep Dirty Birds in this one.

After a tough loss to the New York Giants last week, Philly gets set to play on the road in the same stadium to face the New York Jets. I’m expecting a big bounce back performance for the Eagles in this one. Even after a loss where the offense only mustered 7 points, I still believe in Jalen Hurts and this offense. More importantly, I’m a big believer in Philly’s stingy defense. Birds are still my pick to land that final NFC Wild Card spot, and a rout of the lowly Jets is the first step in getting there.

I don’t think I’ve picked Chicago one time this season, and that trend is not going to end here. Cardinals pass rush should give old banged up Andy Dalton fits all day. Plus Zona is slated to get back QB Kyler Murray and WR Deandre Hopkins. All signs point towards a Cardinals W in the Chi. Assuming Murray doesn’t have any setbacks with his injury, Cards should roll to a multiple score victory.

Toughest pick of the week for me because I have been a big Justin Herbert supporter for awhile now, however cooler heads prevail as I’m taking the Bengals to win this one. Cincy has won their past two games (against solid teams) by an average score of 25 points, while Bolts have really started to slip going 2-4 in their past six games. Giving Chargers a solid upset shot here, but smarter play is to take the red hot home team. Venue call!

Rams come home looking to bounce back after losing their last three games. This is the perfect game for LA to get back on track. To start, the game is at home so that’s a plus right away. Next, the game is against the Jags who have been near the bottom of the league for a while now. Rams loaded defense should make it a long day for Rookie QB Trevor Lawrence. Trev has had a very poor rookie year, and that trend should continue as he’s getting ready to face Aaron Donald and Jalen Ramsey. Rams cruise to victory at home.

Steelers were obliterated last week by division rival Cincinnati, while Ravens have been hanging on for wins in their past few games. It’s getting to be late in the season which means Big Ben starts to become weak and weary; expect a lot of Najee Harris in this one. Pitt should keep it close at home, but all signs point to the Ravens to get the win on the road.

Very confident in KC to win this one. Andy Reid is 14-3 when coming off a bye, and Mahomes is 7-1. Not too shabby. Also this one will be in Primetime at home. This has a Chiefs win written all over it. However, it is still a divisional game, and Denver has quietly won three of their last four. Chiefs will get the win but don’t be shocked when Teddy Two Gloves keeps this one within the fat betting line.

Buffalo was finally supposed to seize AFC East supremacy when Brady left for Tampa Bay, but it seems the hoodie-wearing genius still has some tricks up his sleeve. Rookie Mac Jones seems to be fitting the offense perfectly, as Pats are the hottest team in football, winners of six in a row. However, Bills are the real deal on the other side as well. Should be an ugly game, as it’s supposed to be very windy and snowy in Buffalo on Monday Night. Viewing this one sorta like an old Kung-Fu movie. Young up and comer (Bills) have to go and take down the old wise OG who’s been the man for decades (Bellichick and the Pats). Get your popcorn ready, I think Bills are up to the challenge.

Five Takeaways from Heat’s Loss to Bucks
Scroll to top