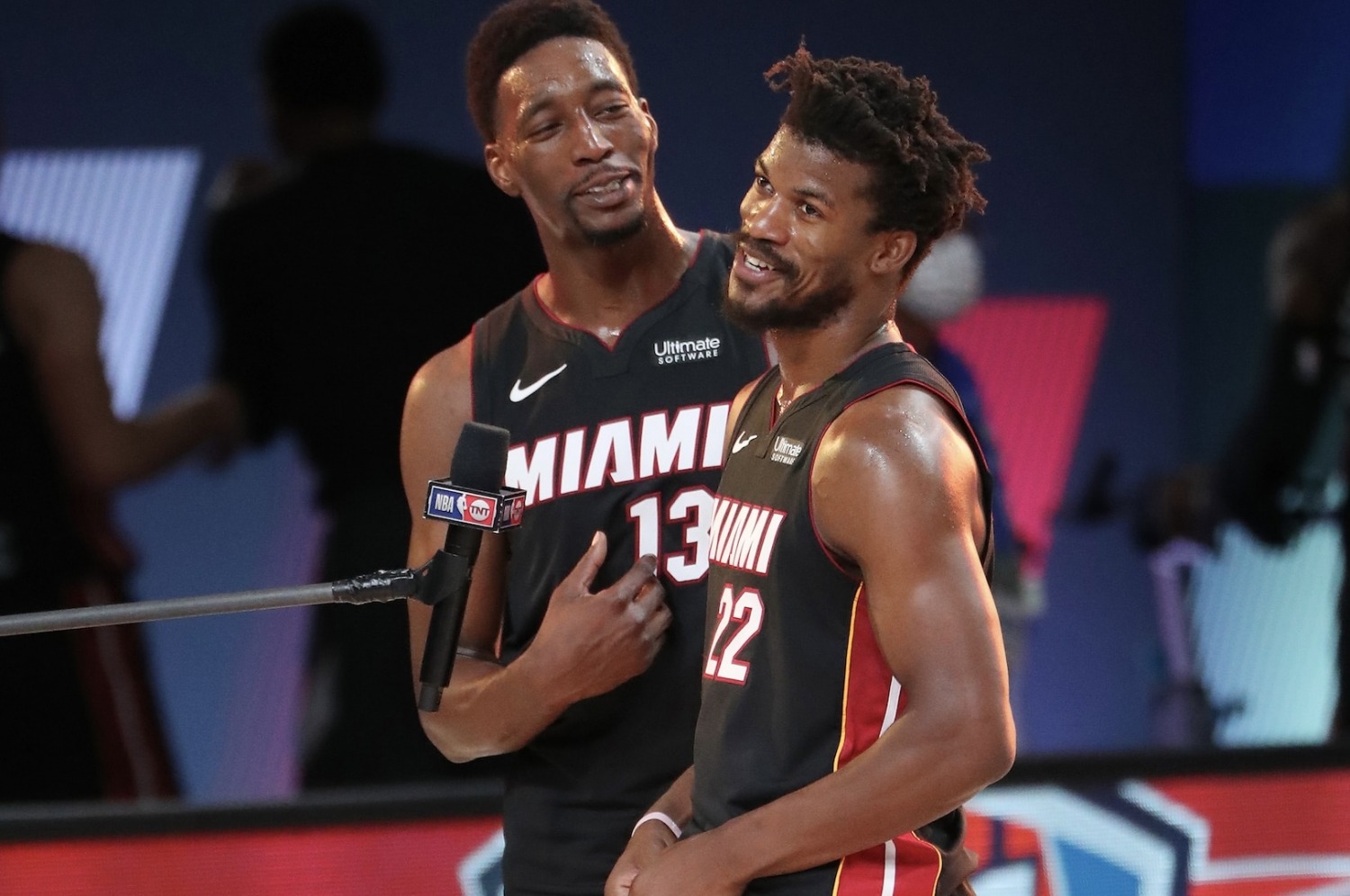 Let’s just be honest, Jimmy Butler and Bam Adebayo are not your normal star duo. They just aren’t. And that’s a good thing.

They aren’t looked at in the same light as many other top duos, not just because of their current seeding, but also their skill-sets. Two stars leading the way for their team without a consistent three ball in the arsenal. When a three-point shot is needed with the clock running down, the team is looking toward their 3rd, 4th, or even 5th best player to knock it down.

But still, is that the only measuring stick?

Obviously shooting is needed in today’s NBA, but a non-shooter is basically looked at in a much more negative manner than a non-defender, which is odd to say the least. Defense sometimes goes under the radar when discussing individual abilities, and well, Butler and Adebayo are two players that love when things they’re involved in go under the radar.

The numbers are a hard thing to point toward when looking at Adebayo and Butler’s on court effectiveness, since that side of the ball just has been all over the place from a team perspective. But when watching game after game, there’s just a different level of disruption when both of them are on the floor together.

An Adebayo switch onto a star point guard while Butler is awaiting on the backside for the double on the big has been quite the formula so far this season, even though that switching seems to only be highlighted in a negative manner.

When I asked Butler about Adebayo’s defensive impact last night, he said, “He takes the challenge of being able to guard whoever in this league, and he’s actually pretty good at it…Around here, we know he’s very good at it. And it’s not always him getting a stop or a block or something like that, it’s tough to have to be in a spot and help, then close somebody out and have to guard them. That’s what people really overlook and how he’s everywhere for us on the defensive end of the floor and he never complains.”

The funny thing about that Butler quote about Adebayo, is that it sounds like he could actually be describing himself as well, which is the exact thing that makes this duo so unique.

Even when looking at the Chicago game on Saturday night, where Miami was in an unexpected spot late in the game, Butler and Adebayo took matters into their own hands to takeover in a different way than others.

It isn’t Jayson Tatum side-steps or Kyrie Irving dribble-moves into a pull-up. It consists of doubles and deflections and steals leading to transition offense for great looks at the basket for both of Miami’s physically gifted stars.

An interesting element when looking at the current stage is the inability to truly play the two of them together for the amount of minutes that they would like. Of course they play together for stretches, but there is absolutely no way they can be on the bench at the same time, meaning there minutes must be staggered.

Looking at the Bulls early fourth quarter comeback, when buckets were needed for Miami, offense consisted of Adebayo surveying the defense on the elbow, awaiting a back-cut for many of the role players. Or even Butler’s time on the floor consisted of bulldozing to the basket, then kicking it out for contested threes. It’s not their fault, but it’s the Victor Oladipo factor.

That third guy allows them to do different things with lineups, meaning the game wouldn’t have gotten to that point after running some empty side Butler-Adebayo PnR’s to close that thing out.

Everything is magnified when watching a seventh seed team go through the nightly inconsistencies, but there is a certain confidence level in that locker room when they get to that final stage. Since Butler and Adebayo have done it before, and it’s clear they aren’t afraid to do it again.

They also love to hold each other accountable, since after last night’s game, Bam Adebayo said, “We cursed each other out in the huddle.” And that quote right there just completely sums up what these two guys are. When Adebayo was asked to expand on what was said, Butler responded jokingly in the background, “That’s between me and Bam. Stop being nosy, next question.”

The only task at hand now is that they have to chip away to secure a decent seed in the Eastern Conference before the post-season. But the key point is: you have to be different to win in this league.

And well, Jimmy Butler and Bam Adebayo are very different. 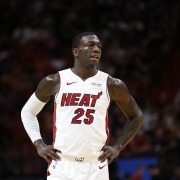 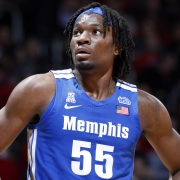 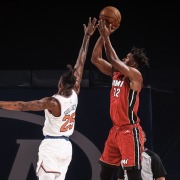 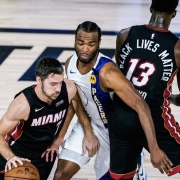