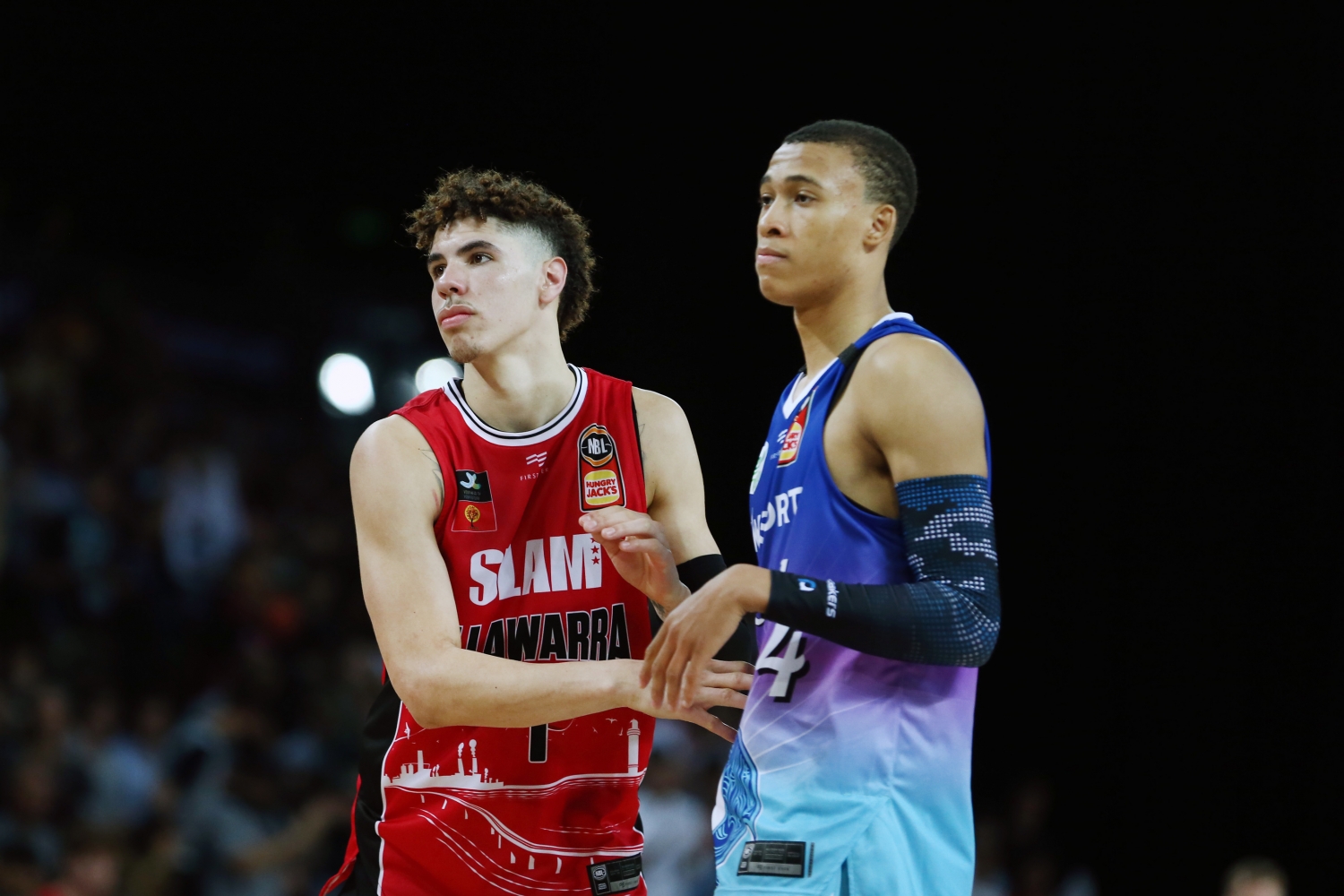 There were a bunch of top picks in this NBA draft that spoke with media today about their games and different teams they have spoken with.

The one that stood out the most for the Miami Heat was Aaron Nesmith, since he mentioned Miami was one of the five teams that he had a workout with.

Aaron Nesmith says he worked out with the Miami Heat.

I do believe there’s a good chance that he will be selected earlier, since he is one of the best shooters in this draft. He continually mentioned his best attributes are shooting the three ball and his all around defensive abilities.

A 3 and D guard will definitely be on Miami’s radar, especially one with his type of talent.

Another guy that talked with media and could possibly fall to Miami is Saddiq Bey. I wrote about him back in June as a target for Miami, since I don’t believe there’s a better fit for their culture. He’s gritty, tough, and can also give Miami that 3 and D role.

Saddiq Bey on role he wants to play for the team that drafts him, "It's whatever role they see in me."

He mentioned that he has no preference for a specific role, since he will do whatever a team wants him to do. And that pretty much sums up the Miami Heat’s situation exactly, since there are spots they could possibly plug him into.

Saddiq Bey says his main priority when getting drafted is "helping the team win."

Once again, a Miami Heat answer.

And of course he had to give a very Miami Heat-esque answer when asked about his main priority upon arrival, which he responded “helping the team win.”

The last guy that spoke with media that Miami has a shot at was RJ Hampton.

In my opinion, a couple things stood out from his interview. For one, he is one of the most confident players in this draft. I believe his stock took a bit of a hit since he played overseas, which led to his scoring numbers taking a dip, but that shouldn’t be the case.

He mentioned the fact that he was a top 5 player coming out of high school, and the international route polished up his all around game. He was 19 years old playing against pros and played pretty well. As he said, some people are more worried about the “oohs and ahs,” but he just plays to get better.

RJ Hampton says he thinks going overseas is the better route if you're willing to "Get less of the hype and get more of the work."

And the Miami Heat type answer of the day goes to RJ Hampton.

Then he gave the Miami Heat quote of the day, saying when going overseas, you must be willing to “Get less of the hype and more of the work.”

The Miami Heat were not one of the teams that he worked out with though, but anything can happen in this very unique NBA draft.

It’s clear Miami has many options with this 20th pick, and I believe all three of these guys will be considered if available. 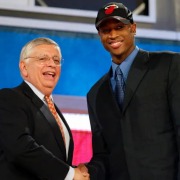 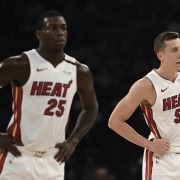 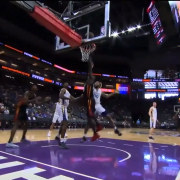 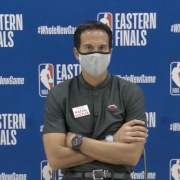 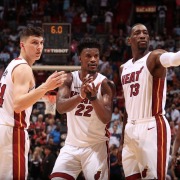 What is the Next Step for an Improved Miami Heat Offense?
0 replies