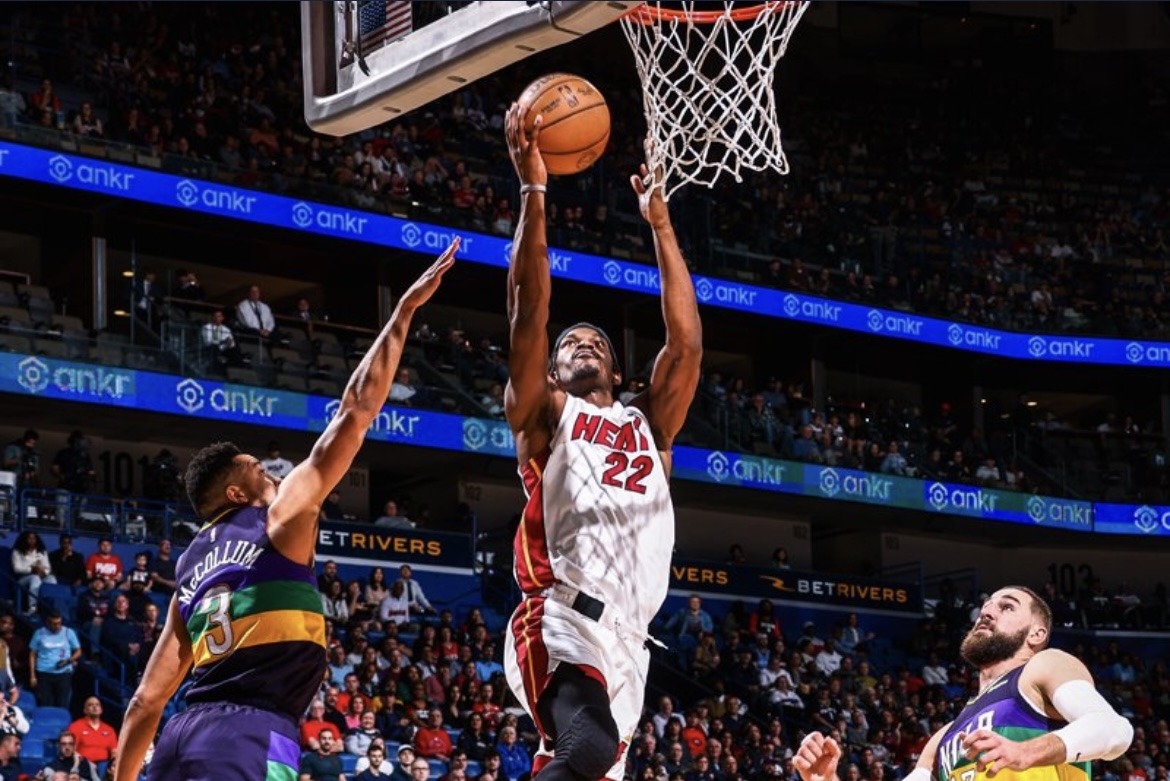 The Miami Heat were looking to bounce back from their rough performance against the Hawks on Monday, and did just that, coming out scorching from start to finish in New Orleans.

They got a little bit from everybody all the way down the nine man rotation, as Bam Adebayo led the way.

Some takeaways from this high level performance….

Before this game, I said the game-plan I would go with would begin and end with the Tyler Herro-Bam Adebayo PnR. Against a team in drop with two drop killers, that could open up the rest of the offense. Herro got into his floater twice in the first few minutes, as Jonas Valanciunas sat right under the rim. The very next possession following that second floater, the Heat found themselves running a PnR at a different coverage. He was now defending at the level, and when they are forcing adjustments this early, that’s when they have you. Herro reads it, leads a bounce pass in the pocket to Bam who lays it in. Fast forward to the next play, Valanciunas was right back under the rim, so Herro flowed right into a mid-range pull-up that dropped. In the opening minutes, Adebayo had 8 points and Herro had 5 assists. The blueprint against teams like this as I said before the game: that Herro-Bam two-man combo.

#2: The first half: the Heat simply blazing in all areas.

Going down the checklist of things you wanted to see, the first half was marking every area for the Heat. Kyle Lowry comes out with high energy, pushing pace, and getting the team transition buckets. Check. Going back to the previous point, Adebayo and Herro doing their drop in that in-between game to really set the tone. Check. The bench scores 28 points in the first half, with everybody contributing. Check. And well, the team shot 72% on twos in the first 24 minutes, pretty much getting wherever they wanted off initial and secondary attacks. Major check. In all honesty, the easy way to describe it was ‘one of those nights’ since the team just couldn’t miss on many shots in their overall profile. But the process stood out to me. There was diversity, there were paint touches into kick-outs, and they followed the base of their half-court game. That was the more promising part.

#3: Let me take another moment for Gabe Vincent.

Gabe Vincent knocked down 3 triples in the opening quarter, yet that’s no surprise as of late since he keeps breaking his own career high every night. But when zooming in a bit more on him coming back into form following the injury stuff, the one thing he displayed in this game is the real component to keep eyeing. Spot-up shooting. He’s been on an uphill climb when it comes to that spot-up three point percentage this season, but it’s been trending up as of late. Not only is that important for that extra punch from deep, but it makes it easier on the primary on-ball threats. Capitalizing on those kicks from Herro, Butler, Oladipo drives really can convert the offense in a positive manner. The other element of this emergence is it can provide lineup versatility. They can get back to plugging him in different spots if he’s hitting like this, so it’ll be interesting to monitor.

#4: X’s and O’s time: A set that I continue to like for this Heat offense.

The Pelicans began making a bit of a push in the third quarter as the Heat were forcing certain looks that they shouldn’t have. In a period that they needed to be offensively settled, they went to old reliable within their offense. I started out this piece talking about the Herro-Bam PnR in space, yet there’s a layered shift that always seems to generate a good look. Before Herro took a dribble with Bam screening, Butler slips dunker spots to catch his defender by surprise. He receives the ball on the left block, turning into an and-1. The very next possession, they baited the Pelicans a bit more. Herro and Bam actually run this PnR as Herro gets deep into the paint, Butler flips spots late, and he hits him for the easy flip shot. It’s a very subtle thing, but that’s a lot to account for on offense with those three pressure points.

As I’ve discussed across this entire piece, this was a hot scoring night for the Miami Heat. But this was also the first time they’ve been fully healthy, probably all season. The starting lineup back intact, as the bench four were all locked into their respective roles as well. Sliding everybody down a slot simply does wonders to many of their role players. But now it’s all about seeing if this can be another one of those momentum builders. Consistency has been the word I’ve brought up all year, both on and off the court. On the court, they need consistent themes and identities on both ends of the floor. Off the court, they need to simply string some things together over a large span. They’ve done that this week, mostly against worse talent, but now they are facing Luka Doncic and the Mavs plus Jayson Tatum and the Celtics in 2 of the next 3 games. The true challenge. 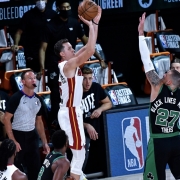 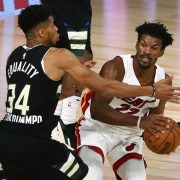 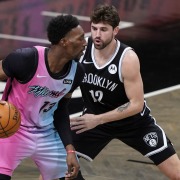 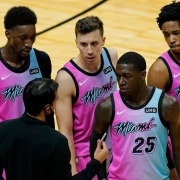 Five Takeaways from Panthers’ win over Canadiens
Scroll to top