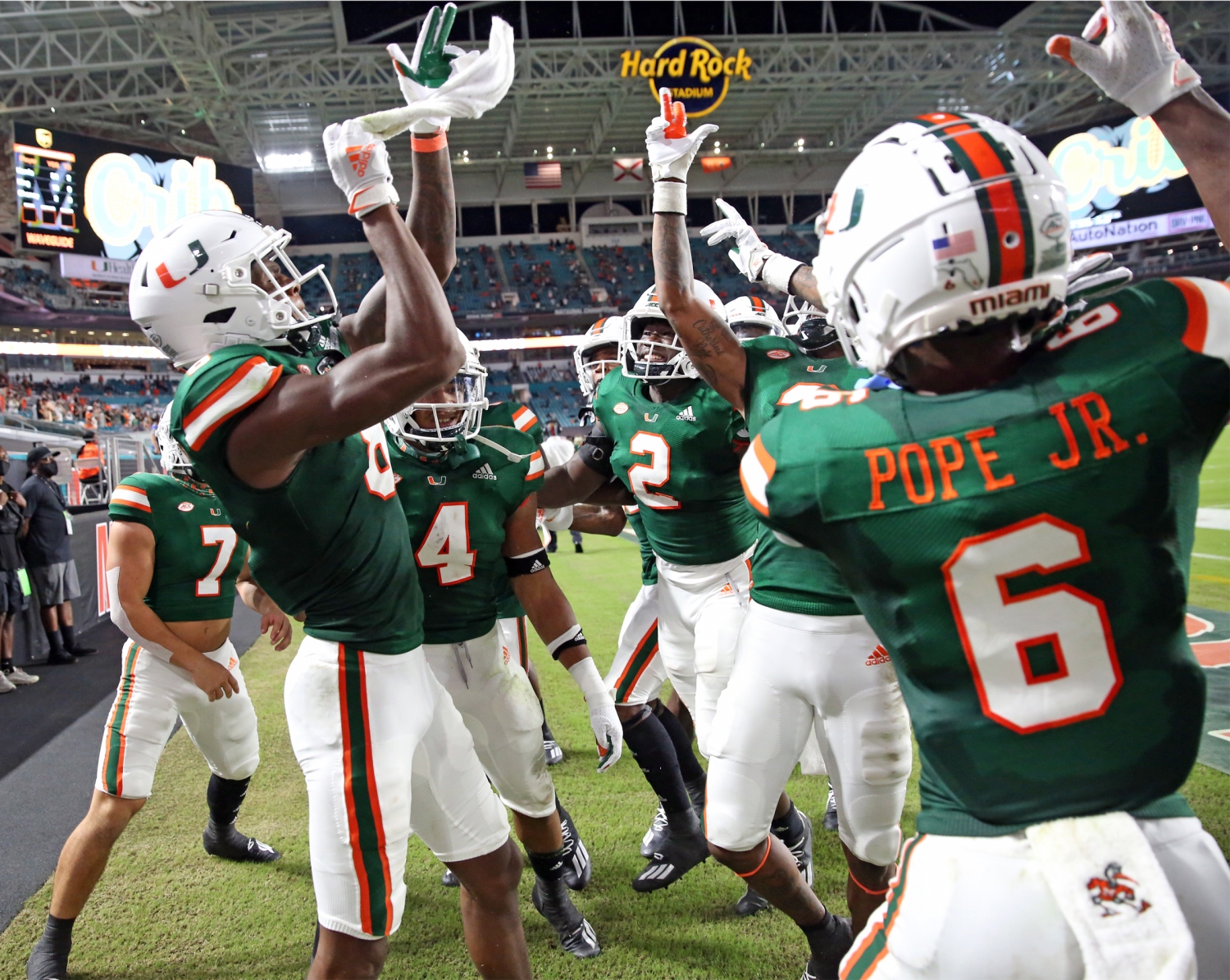 Sometimes life is unfair. You do the things the right way, put your best foot forward, and it doesn’t go your way.

And sometimes you get exactly what you deserve.

And the game wasn’t as close as the score indicated. A result like this does cause me to pause and think of those schools less fortunate than us. I think often, in these trying times as a country, about this quote from Franklin Delano Roosevelt: 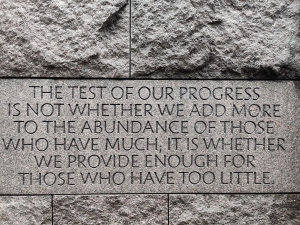 And there is no doubt that FSU has little, oh so little, at this point. So, as a humanitarian, I am a bit conflicted. Conflicted about whether to laugh hysterically in Florida State’s face for the abhorrent performance and program trajectory OR whether to celebrate the glorious performance by Miami. So I’ve decided to do both.

…and if he could, he’d do a Grandpa Simpson.

Glee does not begin to describe my level of euphoria at the complete meltdown in Tallahassee.

Whatever you think about Willie Taggart’s ultimate coaching ability, he got a short leash. And you know how we know this? FSU fans told us! How FSU arrived here is a worth recounting, because we can rejoice in years long incompetence enabled by shifting excuses and justifications from FSU fans. Let’s humor this nonsense.

We were told that it was a good thing that Jimbo Fisher went to College Station because he had so torched the football program that the best thing is for a National Championship winning coach to leave.

Okay, fair enough. That would mean that his successor had a major rebuild. And no, Willie Taggart going 9-12 is not acceptable, but is it fireable, in the middle of the 2nd season? You don’t even let him finish the season.

Okay, fair enough. You fired him because you had a coach waiting in the wings, a true genius of the game. A can’t miss coach. And then you hired this guy…

Congrats to Memphis HC Mike Norvell for getting the Florida State job.

He definitely needs to show his players his photo from his playing days at Central Arkansas. pic.twitter.com/o1ZVOFqAEU

And it took less than an offseason for Norvell to exaggerate his response to social injustice and have his best player call him out for it.

Man this 💩 did not happen mane. We got a generated text that was sent to everybody. There was no one on one talk between us and coach. This is a lie and me and my teammates as a whole are outraged and we will not be working out until further notice 💯 #hunchoout https://t.co/6Uuy6K7Eu3

That this program walked into Miami having already lost to a really bad Georgia Tech team (who has, since then, lost 2 games by a combined 45 points), with a coach in quarantine having tested positive for COVID-19, is not actually that surprising. That they still didn’t realize how bad they were makes the victory even sweeter:

With the Canes setting a record for points in the rivalry, people keep bringing up FSU’s 47-0 win in 1997, the last time the game was a complete mismatch like this. At that time, Miami was at the depths of probation. Down 30 scholarships. FSU was one of the best teams in the country. FSU finished the 1997 season 11-1 and ranked #3. They also played in the National Championship Game in 1996, 1998, and 1999, winning the last one. 1997 was FSU at their height and Miami saddled with historic sanctions.

That is not the case now. FSU is just awful inside-out, and has been trending this direction for years. Maybe Norvell will turn it around. Maybe next year, in Tallahassee, FSU will win this rivalry game.

But they reveled in the Al Golden Era and the subsequent fallout, an era placated by the Miami Athletic Department repeatedly doubling down on stupid. Bottom rail on top now.

While Norvell was fabricating stories about his response to the social injustice protests, Manny Diaz was on the trail. Yes, he was on the recruiting trail, where he has been dominating and stocking Miami’s cupboards. But he was also marching on the social justice trail:

Thanks @julio_frenk & @CanesAllAccess for allowing our student-athletes to stage a protest tonight. We learned that 8:46 is a long time to be on a knee. We learned there is an evil in action & an evil in inaction. And we learned the Canes are just getting started. ✊🏻✊🏼✊🏽✊🏾✊🏿 pic.twitter.com/jRTJT27eI3

And yes, you can be cynical about these things. But I’ll trust what Greg Rousseau told 247 Sports:

“It was great to see him do that. You see like other coaches around football, they say nothing when that happened, they are hiding, but now with that the season in jeopardy, they are like, ‘Oh I love my kids, I want these kids need to play.’ But a lot of it isn’t not genuine around the country. Some of the SEC schools, it’s really just all about money. But I feel like Coach Diaz really cares about us, like 100 percent. He’s a great dude and he’s always supportive. Even for me when I told him my decision [about opting out] he wasn’t one of those coaches that was like, ‘Oh you’re going to be a third-round pick if you leave.’ He didn’t try to lie to me or anything. Of course I don’t know if I’m going to be a first-round pick, but at least he shot me straight … He’s a class act and a really great guy.”

Ultimately, this sort of thing should matter. And maybe it does. Of course, if Diaz keeps doing things like losing to FIU, he won’t be long for this job. But maybe players want to play for someone genuine, believeable, and in their corner. Maybe you can draw a direct line from Diaz caring about players to recruits wanting to play for him.

Diaz arrived at the Florida State game at the peak of his short tenure. Last year started with 2 losses, and even after getting to 6-4, 6-4 is still 6-4. This time, they came in 2-0, with a road win against a ranked team in their pocket already. College Gameday was covering the Canes’ game for the second week in a row. FSU was terrible. Clemson was next.

This was the game the Canes had either been losing or at least playing terribly in for more than a decade. This helps explain the odd build up to the game. The pandemic certainly played a major role in that. A normal day of celebration and festivities reduced to the immediacy of the game itself.

But even from a football angle this game was viewed, on paper, as a Top 15 program that is growing into the season against a team without their head coach on the sideline that had just lost at home to one of the worst teams in the conference. This looked like a mismatch. And yet, we struggled to believe it, primarily for 3 reasons:

All 3 of those “reasons” became clearly not applicable a few minutes into the game.

This was a different Miami. Executing on 3rd downs, precise, foot on the gas. This was Manny Diaz’s Miami, the unwavering violence he delivered to the defense 4 years ago now on display on both sides of the field. That negated any rivalry aspect to the game. And FSU clearly did not have the players to match Miami.

I don’t think we fully realized the gap between these 2 teams coming in, but we could sure see it a few minutes into the game. Diaz’s staff having cohesion that was absent last year. Mike Norvell watching from his couch, his acting head coach Chris Thomsen spending the entire game wearing his mask as a chinstrap in an apparent tribute to the team going through the motions but not doing anything with a chance of success.

Miami was better in every facet of the game. They played to their potential, and that was enough to dominate Florida State.

Maybe Diaz will ultimately be unsuccessful. Maybe he will fail at Miami. But as a program, we’ve been through a really dark stretch. So we should revel in Diaz’s masterpiece.

You Reap What You Sow

Whatever ultimately happens here, this result was deserved. Manny Diaz overhauled his entire coaching approach and it paid off. He could have gone the Al Golden route and stuck to his guns. He didn’t.

He put in the work, and the results were on display on Saturday Night. Diaz brought a team in that had every reason to come in with a big head and find themselves in a close game. Instead, they listened to Joaquin.

Meanwhile, FSU came in in shambles, absent a head coach, and somehow left in worse shape.

The bye week will afford Canes fans an opportunity to revel in this. And they should. You don’t often beat your rival like this, and future success is never guaranteed. It was fun. It’s a game they can put on and watch over and over again, for years to come. And they can do that with the knowledge that this is not a one off, not an isolated game, but as part of a larger string of games where the Canes have looked and played like a Top 10 team, something they now are.

But the not so shocking thing that managed to shock us is that any other result, anything other than a complete Miami blowout, would have been unjust.

Sometimes life is unfair. You do the things the right way, put your best foot forward, and it doesn’t go your way.

And sometimes you get exactly what you deserve.

Both Miami and FSU got what they deserved on Saturday, in a Magical Night in the Magic City.

Five Reasons to Like the Canes Win Over Florida State