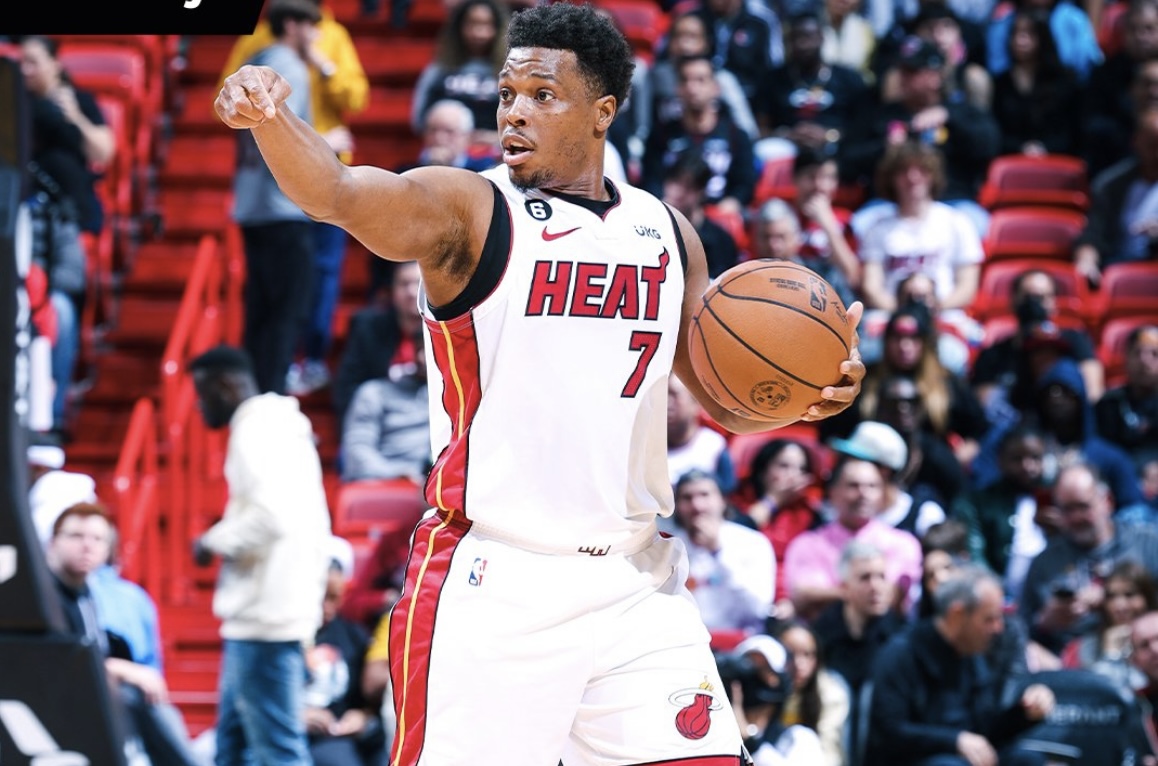 In 18 months, Kyle Lowry has played in 103 games, regular season + Playoffs, for the Miami Heat. He’s helped them get to Game 7 of the eastern conference finals and is currently assisting the group in regaining ground in the standings (eighth, 17-17).

Since he got to Miami, Lowry has dealt with fair and unjust criticism. It’s written enough online that he hasn’t scored enough or got inside the paint with two feet as easily as in previous stops. One of the most common verbal jabs was that he looked too heavy.

Miami started well in 2021/2022. It masked the eye test of the unit’s lead guard performing below expectations. He played too much from the outside, and his numbers were down significantly. This season, he’s operating the same way, but the Miami Heat hasn’t achieved nearly the same level of success because of too many issues plaguing the team.

Likely the Heat’s no.1 problem is that Jimmy Butler has missed 38.2% of the season. Through Miami’s first 34 games in 2021/2022, JB appeared in 19 matches, and the Heat held a 21-13 record, per Basketball Reference. That type of achievement is unsustainable in back-to-back years in the NBA without a team’s best player.

This season has been filled with crushing disappointments at home. Did Lowry ominously drop off when he got to Miami, or is this the player he was for a while before wearing white hot?

The Heatles aren’t as lethal from 3-point range through 34 games as they were when they got to the ECF. Then, Miami was second in the NBA in efficiency from the corners and second in percentage on above the break triples. This season, the Heat are 29th and 17th in those categories.

With the Heat not converting at the same rate as it previously did, opponents can now liberally send more help on drives or cuts to the basket, daring Miami into a drive-and-kick. That’s not a favorable coverage for someone who has lost a step or two.

Most times Lowry gets by a defender in the half court, he has the help of a screen. In the open court, he is dangerous because of his high IQ and on-target hit-ahead passes. The issue is that Miami is not a group that plays fast. They are 26th in transition frequency and 28th in pace.

Even if the Heat were to play quicker, I’m not sure how much Lowry’s body could sustain competing for the 35.9 minutes he is now before bumps and bruises emerge. He’s currently averaging two more minutes a night than last season and is on pace to play nine more games.

It’s an unrealistic expectation to hold someone in their mid-30s to the standard they set while in their prime. Some fools might continue to place too much responsibility on Lowry because of the dimensions of his contract ending in 2024. Whatever he earns is the fault of the front office, not his.

The front office’s gamble paid off splendidly last year. The Heat was probably a shot away from a second trip in three seasons to the NBA Finals. It was also one of the most exciting years for supporters in the franchise’s history. I won’t take that for granted.

The Heat are stuck in purgatory, but this season is only 41% over. I’ve seen stranger and more fortunate things happen to those less deserving, like the 2018/2019 Houston Rockets. On Dec. 12, 2018, the James Harden-led squad had won 12 games, and the outfit was 14th in the western conference. That team, inspired by a historic run from the Beard, finished as the fourth seed with 53 wins.

For the Heat to get the most out of Lowry, it will need its best players around consistently. Key guys in-and-out of the lineup hurts the team’s continuity.