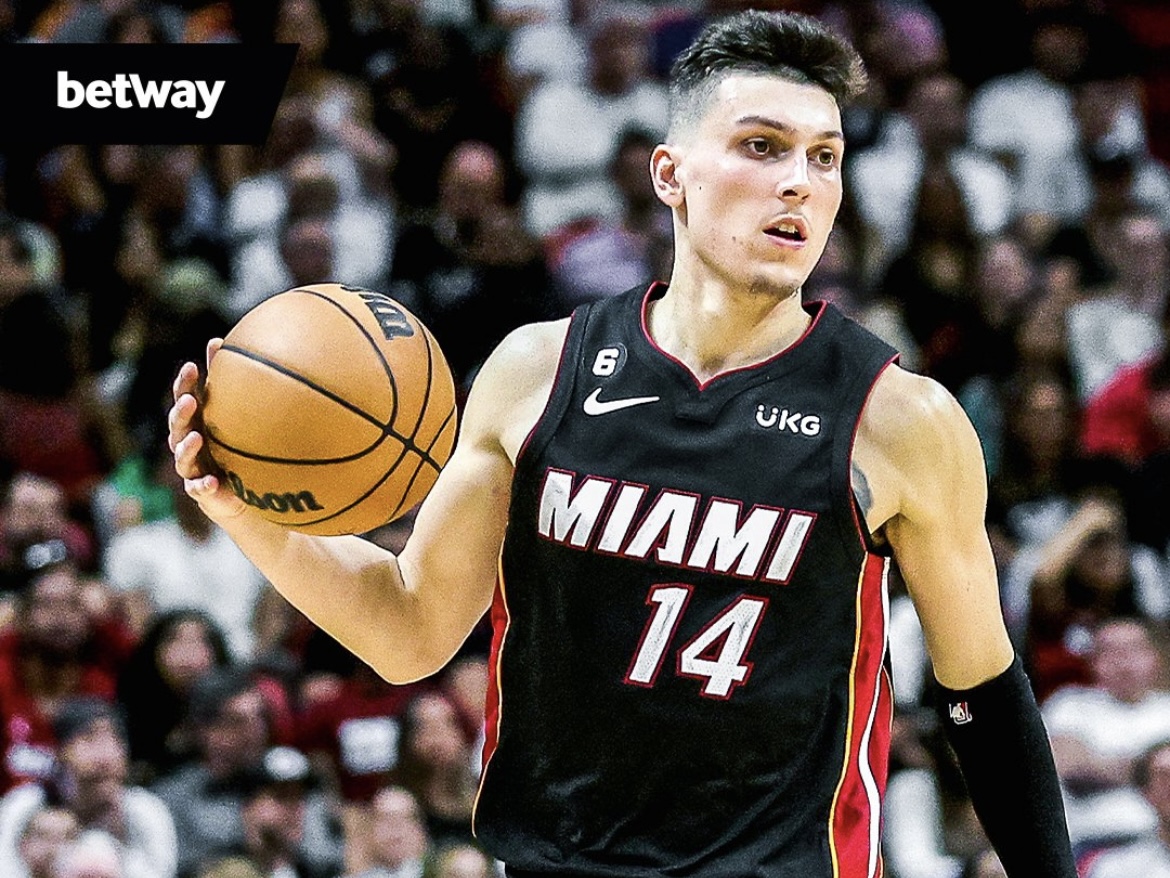 Without the headliners, the Heat beat the Timberwolves at home and improved to a .500 record (17-17) for the fourth time this season. It was the first night since Dec. 5 that Miami wasn’t a victim of the infamous turd quarter.

Magnificently, while Miami was off target from the perimeter during the first half, they clobbered the Wolves inside and finished 18 out of 24 shots.  In this period, Minnesota couldn’t stay in front of Tyler Herro when he focused on the interior.  He used a Nikola Jović screen to dust D’Angelo Russell and snake dribbled into the lane for a floater.

On his next pair of buckets, he drove left past Austin Rivers at the top of the key for an uncontested finish at the cup. On his last make of the first half, Herro isolated Rivers at the key.  Haywood Highsmith came curling from the post to set a pick, but #14 rejected it, reset, then drove left again past his matchup for a pull-up jumper in the paint.

Ahead of the intermission, Heat rookie Orlando Robinson logged 10 points on five out of six tries, plus six rebounds.  He ran inverted pick and roll with Victor Oladipo, and slammed the rock inside after the reception on his first evening score.  Another of his buckets came as the roll man after freeing up his teammate. Three more baskets were putbacks after diving to the rim.

Undermanned and up three points at halftime, in the middle of the madness of key players out of the lineup, the Heat likely found their backup center.  Because of injuries and matchups, the reserve five spot has been a revolving door this campaign.  Robinson’s recent work as a screener, roller and rebounder immediately makes him the best Robinson on the team and the main option at center when Adebayo sits and the team waits for Ömer Yurtseven to return from his ankle injury.

Max Strus finding his jumper and contributing five triples on 50% shooting, in addition to two dunks on cuts from the baseline, was also instrumental in Miami’s dub.

As a unit, the Heat protected the ball well, only allowing nine turnovers (league average is 14.7) and four fastbreak points.  Minnesota’s 22 turnovers, nine of them coming off Miami steals, is the primary reason why the home team finished a three-point game taking 23 more shots.  In the second half, both squads scored 54 points, but the visitors shot 14.8% better from the field and 16.3% higher from 3-point range.

It was surprisingly one of Miami’s finest wins of the season.  On most occasions, when a group is down their two best players, I am conditioned to expect them to lose.  Even with Minnesota having Karl-Anthony Towns absent with an injured calf, the Wolves still had two All-Star caliber players on the floor in Anthony Edwards and Rudy Gobert.

Up three points and with 2.5 seconds left, Miami was curiously defending a Jaden McDaniels sideline out-of-bounds pass with Kyle Lowry, the shortest man on the floor.  Luckily for the hosts, the entry pass was a bit wide to a cutting Russell, who couldn’t secure it.  Lowry got a swipe on the ball; then Victor Oladipo flung it into the air.  Next, the curtains closed.

The Heat still has a long way to go before they climb out of purgatory.