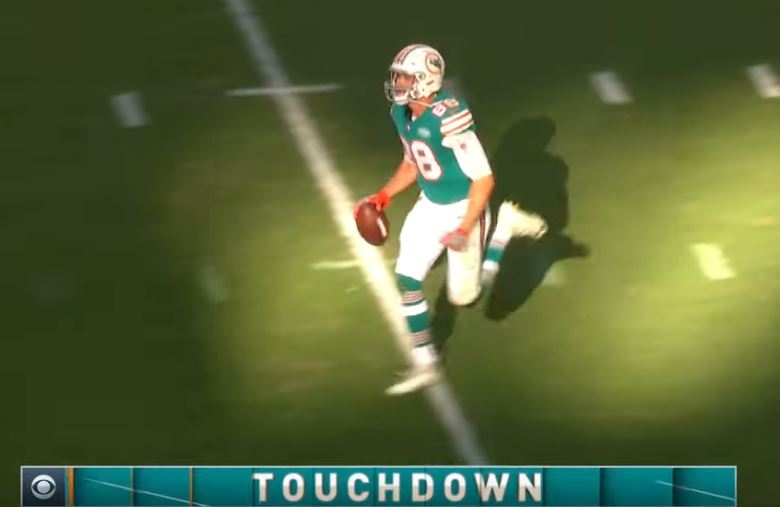 The Dolphins can walk away from Sunday’s 33-27 loss to the defending Super Bowl champion Kansas City Chiefs with only one major lament.

That would be the injuries to key players on an offense that was already hamstrung by health issues.

In particular, the loss of tight end Mike Gesicki, who left with a potential serious injury to a shoulder or collarbone on the possession after his second touchdown of the day which came on a spectacular catch under tight coverage.

Otherwise, there was a lot to like about the resilience shown by the Dolphins in a 17-point fourth quarter rally.

Certainly no complaints about the defense, which had four takeaways including three interceptions of Patrick Mahomes, tying a career high for the former MVP.

Tua says prayers are with Gesicki who he said is really hurting. pic.twitter.com/AAZOTVIsO2

The toll on an already limited offense doesn’t bode well for the 8-5 Dolphins’ playoff hopes with the gauntlet of Patriots, Raiders and Bills still to come.

Coach Brian Flores didn’t offer any information about Gesicki’s condition. But quarterback Tua Tagovailoa implied that his favorite receiver may be out for awhile.

“I told him my thoughts and prayers are with him,” Tagovailoa said. “The rest of the team is praying for him. … You just hate to see that for someone like him.”

Wide receivers DeVante Parker and Jakeem Grant went out with injuries in the first half. The offense came into the game missing the top three running backs on the depth chart and the starting left guard.

Nonetheless, Tagovailoa led the comeback with two touchdown drives in the fourth quarter on the way to his first 300-yard passing day in the NFL. Notably, he did some of his best work with what amounted to the junior varsity following Gesicki’s exit and kept it interesting until a last-ditch onside kick failed in the final seconds.

Injuries aside, the day confirmed what was already apparent: The rebuilding Dolphins need quite a few more skilled pieces on offense to be able to match up against the top teams in the league.

With four picks in the first two rounds of the 2021 draft, they will have an opportunity to upgrade the receiving corps and give Tua an array of playmakers like he had at Alabama.

They won’t need to address the quarterback position, even though Tua has emerged as a polarizing figure in some outposts of the fan base for whatever reason.

Tagovailoa is 4-2 as a starter with nine touchdowns, one interception, 62 percent on completions and a 95.2 passer rating.

Oh, and Tua is now ninth in the AFC in passer rating, just ahead of fellow rookie Justin Herbert.

His first career interception came Sunday after avoiding the rush and tossing a deep ball to Grant that was slightly underthrown and hung up long enough for Chiefs cornerback Rashad Fenton to deflect it to Tyrann Mathieu.

A better receiver than Grant might have caught that ball. But go ahead, put that pick on Tua.

There have been plenty of drops of balls that Tua has put in catchable spots, including a touchdown Parker let slip through his hands in the back of the end zone in the second quarter.

Tony Romo, former quarterback turned network analyst, noted some instances when Tagovailoa held the ball too long. Romo also pointed to a problem of receivers not getting open.

He highlighted a third-and-8 play with three receivers stacked on the left and none of them get gained any separation from defenders. Tagovailoa had to scramble short of the first down.

But where some fans see cause to quibble about Tua, Romo said near the end of the broadcast, “Lots of good stuff I saw out of Tua today.”

Tagovailoa was critical of his own play, particularly in the third quarter when three possessions ended in punts and another in a safety on a sack.

“Not taking what the defense is giving me is pretty much plain rookie mistakes,” he said. “You can’t do that against a Super Bowl-caliber team like the Chiefs.”

Meanwhile, there was plenty of good stuff from the Dolphins’ defense, despite Mahomes’ 393 yards passing and the Chiefs’ run of 30 unanswered points in the middle two quarters.

Not all of that was on the defense. Ultimately, a 67-yard punt return and the safety loomed large in the outcome.

Cornerback Xavien Howard continued his remarkable season with his ninth interception on a one-handed grab and started the Dolphins’ fourth-quarter rally.

Xavien Howard should be the leader for Defensive Player of the Year.

Linebacker Jerome Baker had 2.5 sacks, including chasing Mahomes into a 30-yard loss.

Nobody has found a way to stop this Chiefs offense cold all day. The hope on defense is to make enough plays to give your offense an opportunity to put up more points.

It’s a tall order, but the Miami defense did that Sunday.

The offense doesn’t yet have a complement of playmakers that scare an opponent like Mahomes and his compadres.

Tua needs more polish and a better hand of cards to play.

But as Romo’s trained eye attests, the rookie has shown enough good stuff that Dolfans should chillax and feel encouraged about the future.

Tua vs Mahomes could be the beginning of something special

Houtz Special: Five Things to dish about before Sunday’s matchup vs New...
Scroll to top