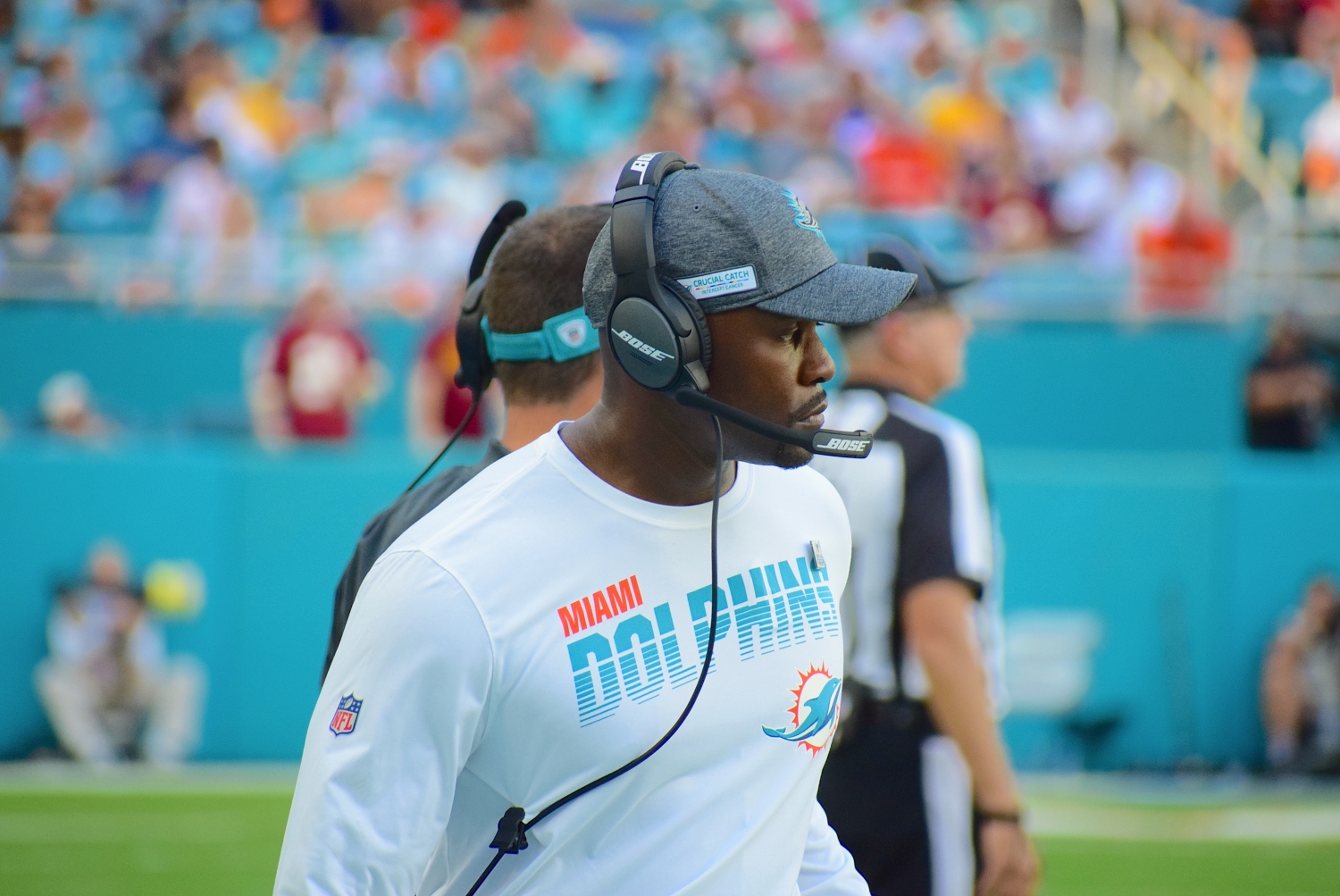 The most encouraging aspect of the Miami Dolphins’ startling flurry of acquisitions at the onset of free agency is that it revealed the method to the madness of last season.

GM Chris Grier and Co. accumulated a huge stockpile of assets — beaucoup draft picks and money under the salary cap — and Monday quickly showed they are going to be aggressive about utilizing them.

The initial signing of five players revealed a cogent plan that addressed vital areas of concern throughout the roster, particularly on defense.

Investing $17 million a year in Byron Jones, the best cornerback available, was the signal the Dolphins are making a big move to win as soon as possible.

That continued Tuesday with a reported agreement with defensive end Emmanuel Ogbah, who was the sack leader for the Kansas City Chiefs before a season-ending injury (pectoral tear).

Later Tuesday, Miami reached a deal with former Eagles running back Jordan Howard, who has 3,895 yards and 30 rushing touchdowns since 2016.

Can afford to trade up for QB

Adding established players in their prime increases the likelihood the Dolphins will use some of their league-high 14 picks in the upcoming draft (they also have four in the first two rounds of 2021) to trade up for whichever quarterback they have targeted.

Yes, they need to get maximum value out of their draft capital. But they don’t have to rely on turning around their fortunes with this year’s Senior Bowl roster.

This Dolphins free agency extravaganza in the making is more than a welcome distraction at a time the sports world is at a standstill amid a global health crisis. Dolfans haven’t had much hope to cling to in years, and something extraordinary appears to be unfolding.

They aren’t just pushing chips to the center of the table and rolling the dice. Jones will become a vital cog in coach Brian Flores’ secondary scheme emphasizing man-to-man coverage.

yesterday, the #dolphins made byron jones the highest-paid DB in football when they signed him to a 5 year, $82.5M contract. over the next few days, I plan on doing several breakdowns on MIA's FA class.

here's a look at byron jones vs the unicorn 🦄
(0 receptions on 4 targets) pic.twitter.com/nw3HrwJPUn

These newcomers aren’t perfect players. They have their flaws.

Jones, for instance, has only two interceptions in 79 games. But the metrics show he can cover.

Not all are stars, but all useful pieces

All of them fit as useful pieces for a coaching staff that got surprising production out of a threadbare roster over the final nine games of 2019.

The worst pass rush in the league has been altered dramatically already, as indicated above.

Van Noy was a key component in the Super Bowl defense Flores oversaw in New England.

The first step in addressing the offensive line was taken by adding Ereck Flowers. The former Miami Hurricane has a spotty NFL record, but he showed more promise after transitioning from tackle to guard.

It is just a beginning of a needed overhaul of the line.

But here’s the thing: All of the new acquisitions are upgrades, not only at the top of the depth chart but in broadening the depth.

And a purpose is evident in each one.

Former Bengals safety Clayton Fejedelem projects as a backup in the secondary, but he will play a leading role on special teams.

So, has a flurry of free-agent acquisitions transformed the Dolphins from one of the least talented teams to playoff contender? Whoa, there.

The only conclusion that can be drawn at this early stage is that the so-called tankathon of 2019 was the foundation for how Grier and Flores conceive of assembling a championship team.

Will it work? It’s way too soon to say for sure.

But for months Dolphins fans and media have been wondering about and debating the team’s plans.

The early moves are intriguing and encouraging.

At a time when there are no games to watch, the Dolphins offer the best sports story to follow over the upcoming weeks and through the draft (April 23-25).

What will they do about a quarterback?

Crazy rumors are even percolating about Tom Brady. But that seems like an unlikely marriage that doesn’t fit what what the Dolphins are trying to achieve.

It makes more sense to stick with Ryan Fitzpatrick as the bridge to the future. He’s an established presence on this team who inspires without being the central figure in a soap opera.

But it’s tough to rule anything out right now.

I am convinced the Dolphins will trade up and make sure they get one of the top QBs in the draft — and I’m OK with it. This week’s action makes it clear this Dolphins regime isn’t leaving anything to chance.

View on Byron Jones from a Cowboys fan

THE EXTRA YARD: Big Day for the Dolphins

THE EXTRA YARD: Solid Day 2 for Miami.
Scroll to top