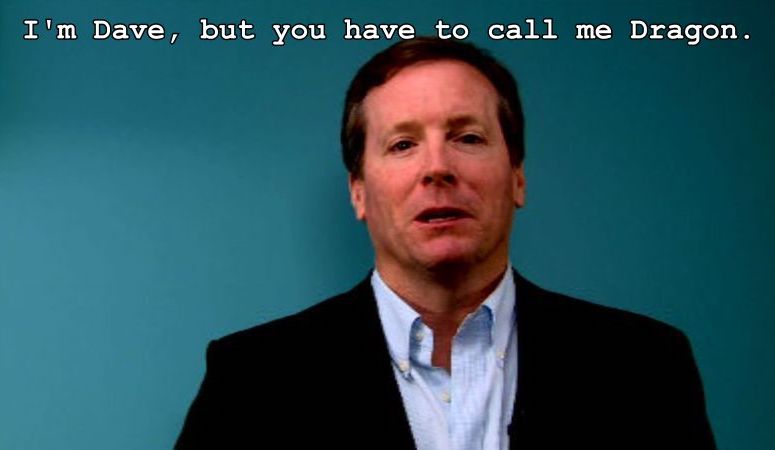 Dave Hyde is a sportswriter for the South Florida Sun-Sentinel. And this Dave Hyde article sucks. We’re not saying that he’s incompetent and should lose his livelihood (he’s won major awards!). What we are saying is that, like his colleagues in the South Florida sports coverage community, he tends to fall back on lazy hot takes and cliches and Tweets. Well, no more. This aggression will not stand, man. Because that’s enough with that shit, already. He and his buddies should do better. And until they do, we’ll be here to call them on it.

LET’S GET DAVE’S ASS and his Sunday Dolphins article.

A bad Dolphins day, an ugly finish — and now an offseason riddle about Tua’s future at QB (published on Sunday, January 3, 2021)

THE SUMMER OF FLORES.

… before sitting them in a room…

I’d sit Chris Grier and Brian Flores in a room. Like an Escape Room where they have to solve their own murders!

…and asking: Do they still trust their careers with Tua Tagovailoa’s future?

I’d sit them in a room and ask them questions like: Do you still trust your careers with Tua Tagovaiola’s future? Have you ever seen your father naked? Do you own a My Pillow? Have you ever ordered a cheeseburger at a Wendy’s drive-thru and then immediately driven to a McDonald’s drive-thru to order fries? Have you ever walked in on cats doing it and then just let them finish? Are you now, or have you ever been, a member of the Communist Party? How much money would it take for you to spend the night in a cemetery? Why do old people like to grasp your arm with a grip-of-death when they talk to you? What’s the deal with that Megan Thee Stallion? Have you ever visited the Chinatown section in a major city? Isn’t it sad that a family can be torn apart by something as simple as a pack of wild dogs? What the fuck IS a Bean Dad?

No hemming, no hawing…

No shenanigans! No tomfoolery! No ballyhoo!

No talking of dropped passes or assertions about needing better players around him.

No talking about the actual real problems this team has! Fuck that.

Shove your excuses and assertions about Tua having no weapons up into your asshole, Dolphins! Even though Dave Bean Dad Hyde made this exact argument for Ryan Tannehill back in 2018 when he had better weapons than Tua. He quoted Bill Walsh and everything!:

“[Tannehill’s] good enough, in other words, if the team around him is good enough. “Organizations make quarterbacks,’’ the great Bill Walsh said, and he should know, as Joe Montana and Steve Young had a great system with Hall of Fame talent around him in San Francisco. Update that to the last Super Bowl, when Philadelphia’s Nick Foles moved in for injured Carson Wentz and won. That’s why of all the odd moves the Dolphins made this offseason –– ridding themselves of talent, signing four free agents over the age of 32 by the first kickoff — hoping on Tannehill should be the most logical one.”

I can write inconsistent shit like this because I have no accountability. PLEASE SUBSCRIBE TO SUN SENTINEL ONLY NINETY NINE CENTS FOR FOUR WEEKS.

Is Tua still The Guy or not?

Tua was forced to throw the ball to a guy not good enough to make the Patriots this year and two running backs you literally never heard of until last month who were statistically the worst at breaking tackles BUT IS TUA STILL THE GUY OR NOT COME ON ANSWER THE QUESTION.

And, beyond that, after Tua’s unimpressive rookie year…

An unimpressive 64.1 percent pass completion, and a passer rating of 87.1 — which are better numbers than what Josh Allen put up his first two seasons.

Moreover, according to non-Dolphins beat writer and overall cool dude, @BaseyCrock, Miami’s receivers had the third most drops and were 27th in yards after the catch while, as mentioned above, their running backs were dead last in yards after contact — and third lowest yards per carry. But I remain UNIMPRESSED WITH THIS PISSANT HAWAIIAN BOY.

…Ross should ask why the Dolphins (10-6) wouldn’t be in the market for another top quarterback with their third-overall 2021 NFL draft pick.

No, he shouldn’t ask that. Because this is real life and not fantasy football where Dave Hyde’s Pussyhammers finished first in his 12 team redraft Yahoo! Fantasy League this year after taking Aaron Rodgers with his fourth round pick. A draft day steal! DAVE HYDE’S PUSSYHAMMERS WILL FUCK YOUR SHIT UP!

This sentence makes no goddamn sense. Please consider subscribing to the Sun-Sentinel for more sentences like this one.

If there was a re-draft today, the quarterback the Dolphins passed on, Justin Herbert, would be taken over Tua. It’d be a slam-dunk, too.

DeVante Parker and Isaiah Ford would be dropping passes left and right with even more GUSTO with Justin Herbert in there. Slam dunk and other obscure 1970s sports idioms slap me some skin oh yeaaa!

For that matter, if we’re doing hypothetical replays, the quarterback the Dolphins passed on a few years back, Buffalo’s Josh Allen, would be drafted before anyone except Patrick Mahomes.

Once again, Tua had a better rookie season than Josh Allen’s first two seasons in the league. Google is a thing you can use for your own edification.

In fact, Allen’s number one receiver, Stefon Diggs, finished this season as the best receiver in the NFL across the board in all major stats (look it up). Entering his third season as a pro this year, Josh Allen was dismissed as an “athletic QB with accuracy issues.” Then Diggs, a Pro Bowl wide receiver with great hands and wheels, arrived from Minnesota via a trade. And now Allen is in the MVP conversation and being mentioned with the likes of Patrick Mahomes. Weapons fucking matter. But who are we to question the wisdom of Dave Hyde, virtual GM of Dave Hyde’s Pussyhammers?

Do you see a pattern with quarterbacks here?

YES! One quarterback has Stefon Diggs, a man with bear paws for hands, and the other has DeVante Parker, a man with shoe horns for hands.

Six of those years we’ve seen you defend Ryan Tannehill for the same exact stuff you’re now spraying your Dave Hyde shit all over Tua about.

ALL CONCLUSIONS ARE ON HOLD. EXCEPT FOR MY CONCLUSIONS WHICH IS THE DOLPHINS SHOULD THROW AWAY THE NUMBER 3 PICK ON ANOTHER QUARTERBACK BASED ON… checks notes…. NINE GAMES.

This looks to be a quarterback-rich draft again. Clemson’s Trevor Lawrence is the seeming sure thing at No. 1. Brigham Young’s Zach Wilson is the rising commodity, and Ohio State’s Justin Fields just dissected Clemson in the college playoffs.

Tua was a better draft prospect than Justin Fields and Zach Wilson BUT GO ON.

It wouldn’t look good to take Tagovailoa with the No. 5 pick one year and his potential successor with the No. 3 pick the next draft.

You JUST literally wrote this sentence!: “Ross should ask why the Dolphins wouldn’t be in the market for another top quarterback with their third-overall 2021 NFL draft pick.” GAHHHHH.

Perhaps the only one to do it was former Dolphins general manager Joe Thomas.

Ah the Joe Thomas era where you can draft a quarterback who wore spectacles and threw the ball seven times a game because you had MANTANKS for running backs.

He took Rick Norton with the top pick in 1966. When that didn’t work out, he took Bob Griese with the fourth pick in 1967.

The moral: Keep drafting a quarterback until you have one.

Ok, yea, sure. But the crux of this entire article has been about how the Dolphins should tell Tua to fuck off after nine games of throwing to Isiah Fucking Ford and that they should have drafted Justin Herbert instead so he could throw passes to Isiah Fucking Ford rather than, say, I dunno, perennial Pro Bowler Keenan Allen.

Do the Dolphins have one now? That’s the question of the offseason.

But the bigger question of the offseason is who will Dave Hyde’s Pussyhammers take with their first pick in 2021? Derrick Henry? Dalvin Cook? Christian McCaffrey? STAY TUNED. SLAM DUNK.

Chris Joseph (@ByChrisJoseph) is a host of the Five Reasons comedy podcast, Ballscast. He’s written about sports and movies for Deadspin, Miami New Times, CBS Sports, and several other outlets.