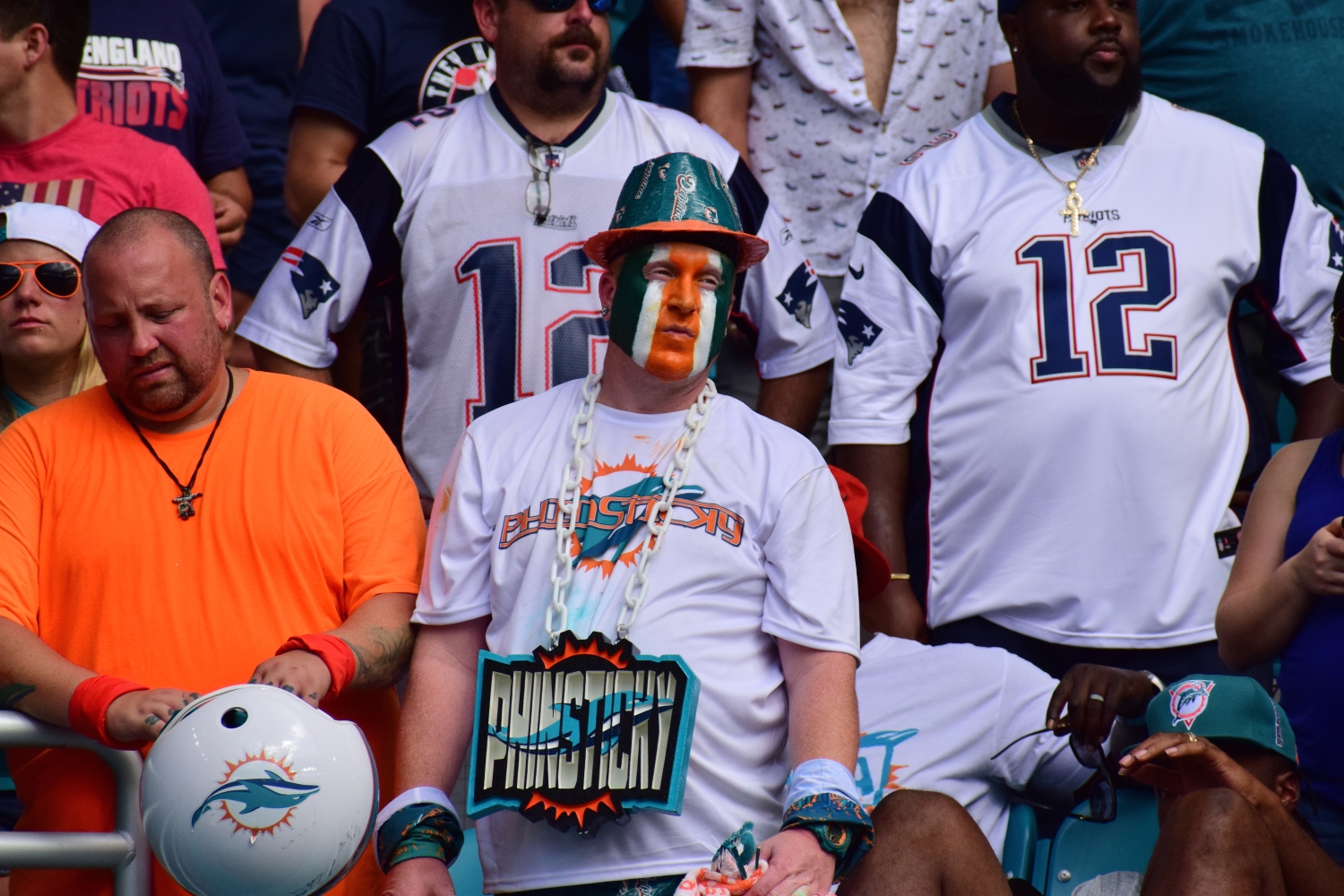 Miami Dolphins, if you want my money after we come out of this Coronavirus Crisis then you need to do the right thing and make this pick count.

I am the father of an 11-year-old boy whose exposure to Dolphins highlights has been limited to the Miami Miracle against the Patriots and—well, both of the wins against the Patriots. I could be selfish and say that I want more, but in all honesty, I want more for him. Like any parent, I am in love with my kids no matter what. With my daughter, it’s about doing things she wants to do and that’s weekly Hallmark Channel movies with me wondering what happened to Winnie Cooper, DJ Tanner, and Gretchen Wieners. With my son it’s about what I want to do and living vicariously through him.. And yes it’s selfish, but I temper that by knowing that he wants to do it too. Youth basketball? Check. Toss the football around the yard? Check. Watch games all day Saturday and Sunday? Check. Get crushed in NBA 2K even though I have the Warriors and he’s got the Knicks? Check. Have debates over how the Dolphins are mediocre or a dumpster fire instead of the great player impacting winning? Mmm, no thanks. Please, Miami, make the right pick.

My son is of the age, like many others, who are not just aware of sports but are fans of it. He’s the even rarer breed for a kid his age to know key players in college football and to be steadfast in his opinion of who is great and who is—in his words—trash. He eats up stats because he loves math. He even got excited with my fumbling explanation of how the salary cap, free agency and trades work. God knows what will happen if I decide to let him do fantasy football. Miami Dolphins, don’t you want someone like my son to be so excited about this team that he will pore over every box score after every game? If so, Miami Dolphins, make the right pick.

He has Heat jerseys, shirts, hats and basketballs. He wore his DWade jersey as we watched replays of the championship runs during this quarantine. Don’t you want someone whose name can excite a fan base? Don’t you want someone who’s name can move that kind of product? Hell, I still have an old Marino jersey that I gave to him just so he could be somehow associated with greatness. Make the right pick and I’ll be the schmuck who overpays for the merch!

We’ve been to Miami Heat games and I am happy to say that we are undefeated in all four that we’ve attended. I took him to a Miami Hurricanes game that ended in a win. I take him to his first Miami Dolphins game and it’s a big fat L! And it was against the winnable Detroit Lions! And I aged considerably just trying to get out of the parking lot. But you know what? I would go again with my son because there is a feeling that comes with being at a live game in person that cannot be replicated at home watching on the TV. Sure the bathrooms are cleaner but that’s neither here nor there. Ultimately, my son enjoys the experience as well. But know this: make the right pick and I will go because we all want to ride the wave of excitement!

Listen Miami. I’ll admit that I was a spoiled Dolphins fan who loved Marino and took him for granted, even towards the end. I would like for my son to be excited for this team like I was in the 80s up until Saban left. Yes, even the Saban years. That period of fandom—my period of fandom—at least had promise. Other than the strike year and Marino’s Achilles injury, I always felt like there was hope. And you know what a pick this high brings? Hope. Miami, make the right pick.

Let me say now that this is the most important draft ever. Ever. This has the potential to really change the course of a franchise.

Do it for my son, Miami Dolphins. I want him to be as die hard a fan as I was when I was his age. When he goes out in his Dolphins gear, I don’t want him to be looked at strangely because young kids wearing Dolphins gear after years of irrelevance is such an oddity. Make the right pick and my son, I promise, will bleed aqua and orange like his old man. And if you’re worried, I can assuage your fears. My son already knows how to pronounce and spell TAGOVAILOA.