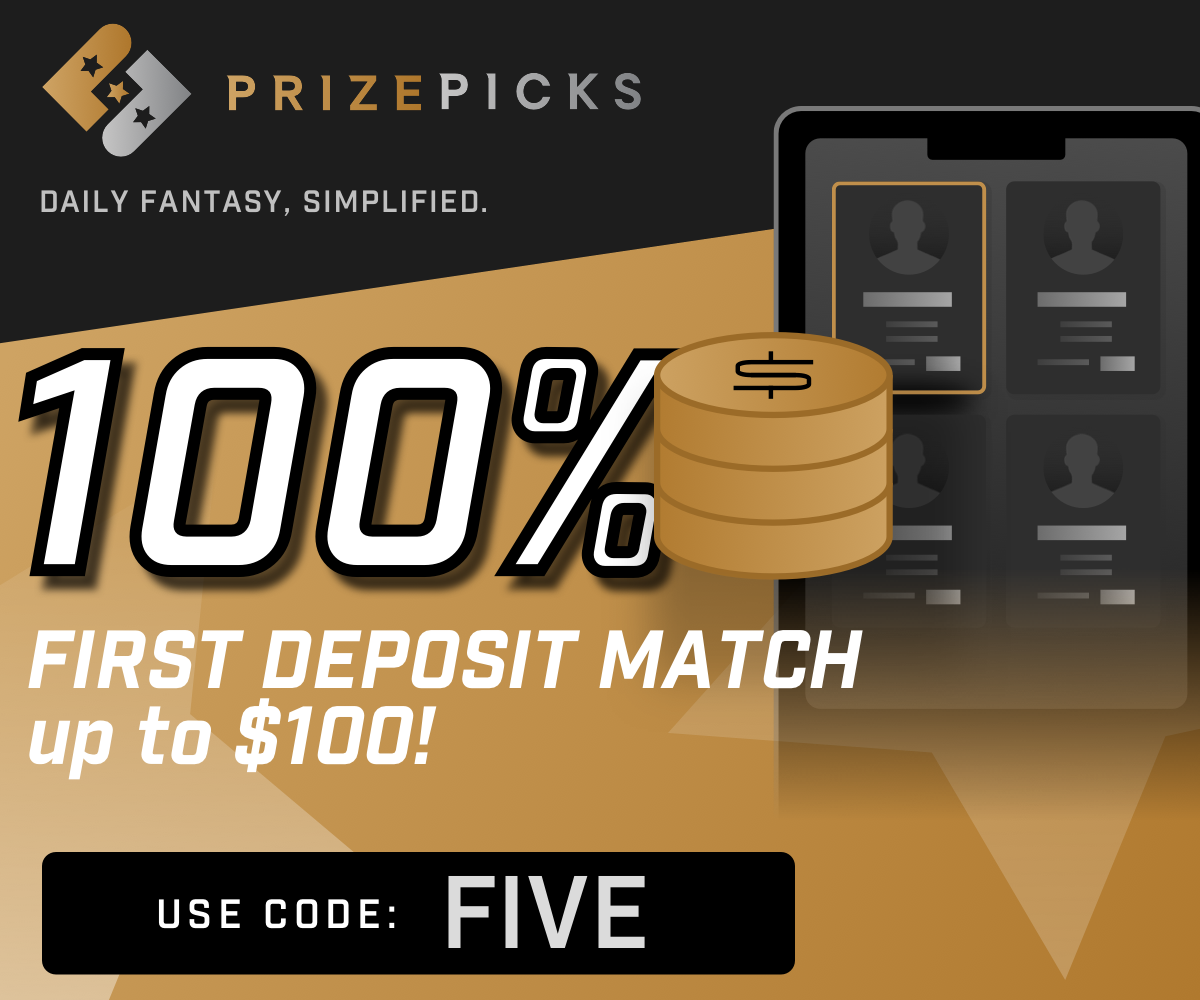 Week 5 of the NFL slate is here and PrizePicks has a ton of options to get you in the win column.

Offense is king in today’s NFL and the 2020 season has taken that to another level. Teams are putting up ridiculous totals each week and the defenses have yet to catch up. Will Week 5 finally be where the scales balance?

With many divisional matchups this week there are a lot of teams that know each other very well. This could lead to some surprising results, particularly with players not hitting their projections. 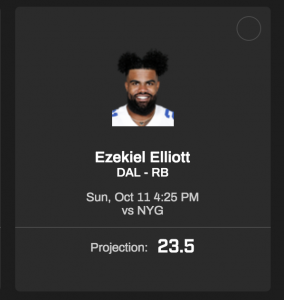 Dallas is an 8.5 point favorite and should be able to pick up their second win against a Giants’ team that cannot score points. New York has a decent defense but Dallas quarterback Dak Prescott has been lighting it up this year. The G-men will try to take away something, and that could be Elliott. If the Cowboys are up big in the second half they could perhaps rest Elliott which would lower his chances of going over his projection. 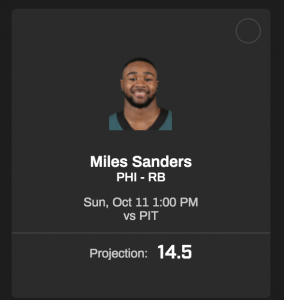 The Eagles travel across the state to face an undefeated Steelers squad that has not allowed more than 21 points in any game this season. Meanwhile the Philadelphia offense has yet to eclipse 25 points and rank 28th in the NFL in yards. The Eagles pass defense is also an issue and this one could get ugly quick. If Philadelphia falls behind early that could take Sanders out of the mix somewhat, at least in terms of carries. Sanders is 4th on the team with 19 pass targets, but has only hauled in nine receptions this year. 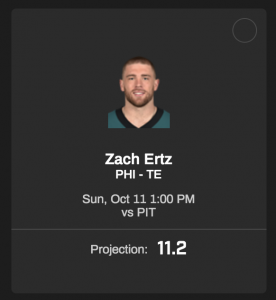 While Sanders may be underutilized due to the score, Zach Ertz remains one of the few healthy receiving options on the Eagles. DeSean Jackson and Alshon Jeffrey will be out, so Carson Wentz will be looking in Ertz’s direction early and often. Ertz has not seen the volume of red zone targets (2) so far, but has caught both thrown his way and converted one into a touchdown. I expect him to at least double his red-zone target share in this one alone and is due for a solid outing.

Go to www.prizepicks.com and sign up with promo code: five.