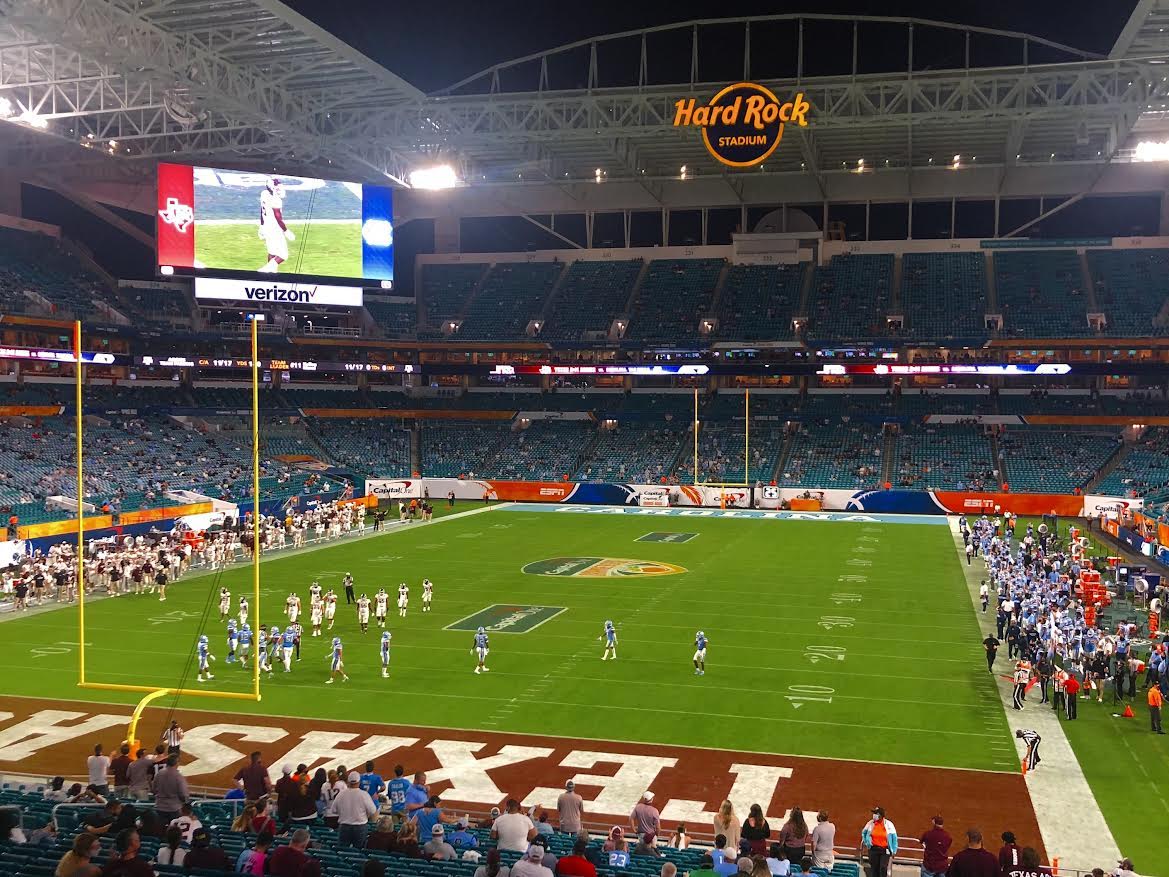 This year’s Orange Bowl is a titanic showdown between No. 2 Michigan and No. 3 Georgia in a College Football Playoff semifinal. The winner will take on either No. 1 Alabama or No. 4 Cincinnati in the national championship game.

Bu what if the results of the Orange Bowl decided the national championship? That could be a possibility due to the latest COVID-19 outbreak, brought to you by the Omicron variant, which sounds like something from Transformers.

A new CFP policy was released on Wednesday saying the winner of a semifinal game could be crowned champion due to an opponent forfeiting the title game due to an outbreak. Michigan or Georgia could win the Orange Bowl and win the title by forfeit should Alabama or Cincinnati be hit with an outbreak and can’t field a team, or vise versa.

If this were to happen in either the Orange Bowl or Cotton Bowl, then the other team simply gets a bye for the title game. If both teams from a single semifinal game can’t play, that bowl game is considered a no-contest and the other seminal becomes the national title game.

COVID in issues in other bowls

Outbreak issues aren’t reserved for the high stakes bowls. Miami is in the middle of an outbreak leading up to the Hurricanes’ Sun Bowl matchup with Washington State. It got so bad for Texas A&M that 5-7 Rutgers had to come in and replace the Aggies and take on ACC runner-up Wake Forest in the Gator Bowl. If not Rutgers, it would’ve been Illinois but the Scarlet Knights got first dibs among the 5-7 teams for having the highest Academic Progress Rate.

The Gator Bowl is a big game for ESPN and its sponsors so somebody has to be the sacrificial lamb for the Demon Deacons in the name of money. Bowl games in general are still an important part of college football. They are the matchups that teams are otherwise too scared to set up on their own. How else do we get UCF vs. Florida without the Gasparilla Bowl?

Leaving nothing to chance

To prevent any issue on their part, Michigan had all its players get a vaccine booster shot on Wednesday, according to offensive lineman Andrew Stueber during his media session on Tuesday. Even with the vaccine, it’s 2020 all over again at Ann Arbor

“That’s definitely a growing concern of ours,” Stueber said. “We implemented masks in meetings, maintaining social distancing. A lot of people are taking their meals to go, not really sitting too much. But, it’s a lot safer now out there, a lot of students have left the campus.”

With the outbreak surrounding all over sports, it feels like 2020 all over again. The NHL is now on a “holiday break” until after Christmas because 10 teams had to pause their seasons. Games had to be moved in the NFL, inadvertently creating the great Tuesday Night Football doubleheader. Numerous NBA players are going through health and safety protocols. College basketball games had to be cancelled due to outbreaks.

It doesn’t have to be like this. The vaccine has become the difference between the coronavirus being a deadly disease and a scarlet letter. Cases may be rising but hospitalizations and deaths are not.

At the end of the day, the future is bright, especially if the Orange Bowl doesn’t get cancelled.