Laremy Tunsil seemed safe. It seemed like he was going to remain a member of the Miami Dolphins. Then the front office pulls the rug out from under everyone. The Houston Texans sent pass rusher Jadeveon Clowney to the Seahawks. That should have been it. But then the Dolphins sent the Texans young star left tackle Laremy Tunsil and wide receiver Kenny Stills. They also added a fourth round pick for 2020.

In return, Miami received a 2020 first round pick, a 2021 first round pick, a 2021 second round pick, cornerback Johnson Bademosi and offensive tackle Julién Davenport. With that, the Dolphins officially topped the massive trade that the Raiders pulled off, sending star defender Khalil Mack to the Bears last season. The compensation for the 25-year old tackle and a solid wide receiver is huge, and GM Chris Grier is undoubtedly satisfied with his work.

Full Terms: The #Texans get LT Laremy Tunsil, WR Kenny Stills and a fourth rounder. … The #Dolphins get 2 first-rounders, a second rounder, ST Johnson Bademosi and OL Julien Davenport, per me, @MikeGarafolo and @TomPelissero.

But this does mean that now, the offensive line is without its best player. Which means that in 2019, both Ryan Fitzpatrick and Josh Rosen may spend most of the season running for their lives.

As large as this trade is, it does send a message loud and clear to the fan base and the remaining players in the locker room. 2019 is not intended to win games. In spite of everything head coach Brian Flores is saying, winning is not something Miami expects to do a lot of. Not that they will ever admit it publicly. All attention now needs to be placed on the next two drafts. The Dolphins are in a prime position to earn the first overall pick and have their quarterback of choice. Then with that extra first rounder, there’s no telling what they could do.

But there’s one thing that needs to be said now. Grier has to make sure he hits on these next two drafts. Many are saying that the Dolphins are taking the path the Cleveland Browns took. That path was a long one, and even with all the picks they’ve had over the last several years, only now are they actually a good football team on paper. Most importantly, his next selected quarterback needs to be a superstar.

2019, more than ever, is going to be about development. Miami has a young core on defense. Undoubtedly, they will add more in the coming seasons. It’s the offense that needs a lot of work. Unless Michael Deiter, Shaq Calhoun and Isaiah Prince develop, the Dolphins will need to overhaul the line again. Wide receiver has Jakeem Grant and Preston Williams. There’s no telling whether Albert Wilson will return after 2020. Wide receiver will need investing. And what of Josh Rosen? Will he get a chance to prove himself? Or is this Arizona all over again and he’s merely trade fodder or backup material? 2019 may not provide the answer. 2020 might.

There might even be more draft picks coming for the rebuild, if the Dolphins trade Kiko Alonso as expected. Who knows what will come of that? All that can be done now is to monitor the situation closely.

Prepare for pain before the pleasure. Rebuilding is never a fun process, but if Miami gets it right, then the next several years after the storm could be glorious. 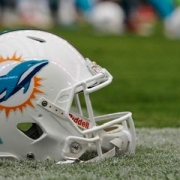 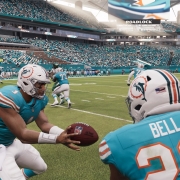 Could Le’Veon Bell end up in Miami? Flores won’t say no. 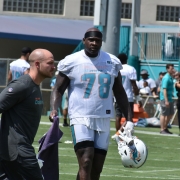