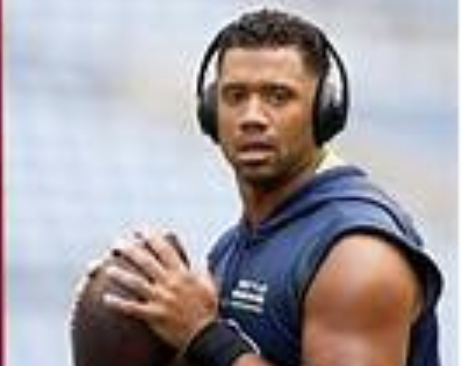 In Year 1, Goldie provided consistent winners and insight, paired with at least one Crazy Uncle Jeff LOCK of the week. Seriously, check out his record, Jeffy doesn’t miss.

You can bet all of this at BetUS.com using the code “five” for a promo bonus.

I truly believe the NFL landscape underestimates the LA Chargers. This team is loaded on both sides of the football. The Bolts virtually have no holes in their offense. Solid O line, receivers, and running backs all revolving around the second year stud QB Justin Herbert. LA’s defense also has a lot of playmakers such as guys like Derwin James and Joey Bosa. Washington will take some time to adjust to aging QB Ryan Fitzpatrick running the offense. I’m looking for the Chargers to make a lot of noise this season, and I definitely anticipate them to win this one in the nation’s capital, I GUARANTEE IT!!!

Goldie’s Upset of the Week

UPSET ALERT! The Ravens have been losing Running Backs left and right this preseason. They’ve had to scramble and sign 4 running backs in under a week’s span. This offense is going to be in disarray. In addition,it’s going to be the first full capacity Raiders game in Vegas. Raider fans have been waiting for this one since Gruden won with the Bucs, even longer maybe. Expect the Black Hole to come different Monday night.  As if this game needed another storyline, Derek Carr is out to prove why he’s one of the most underrated players in football. I like Gruden and the Raiders to end NFL Week One with a sneaky upset against the Ravens. Al Davis said it best, “JUST WIN BABY”

After months of preparation and research, Crazy Uncle Jeff is finally back in the lab this week! Jeffy concludes that this is too hefty of a Week One spread for the Bills to cover. Big Ben and the Steelers are historically better early in the season, we saw this last season when the Steelers started red hot, winning their first ten games. Expect the Bills to win the game, as they are the better team, but don’t be surprised when this is a much closer game than many people anticipate.  Both offenses will struggle, but I expect a hard fought victory for Buffalo. After all ,”nobody circles the wagons like the Buffalo Bills.”

Jeffy is cooking up a two lock special for Week1! The Saints will be missing one of their most valuable players this weekend… the Superdome. Unfortunately this game had to be moved to Jacksonville, Florida due to Hurricane Ida that recently devastated southern Louisiana. This is a huge factor for this matchup as the Saints have one of the most hostile home crowds in the NFL. Crazy Uncle and I both expect the reigning MVP to go into this one and prove why he’s still a top QB in this league. This game can easily be the Aaron Rodgers show from start to finish, although it will be interesting to see how Jameis performs at the helm of this Saints offense that’s trying to win one for the morale of Nola. Still, Pack by at least two scores.

Sam Darnold revenge game! The Jets traded Darnold away for a bag of chips and a loaf of bread this offseason. Expect Darnold to take this one personally, and be out for blood this Sunday. Plus I expect the rookie Zach Wilson to struggle on the road in his first NFL start. Carolina by at least a TD.

I like both of these teams a lot. They’re both well run organizations with overall solid units on both sides of the football. In a game like this it could come down to one player who is the X factor. This matchup’s X factor is Russell Wilson. The biggest advantage in this game is the quarterback position. Wentz is coming off another injury and he’s not yet adjusted to his new offense. Expect a close game but in the end I’m not betting against Russ. LET RUSS COOK!

The toilet bowl of week 1 kicks off at 1PM in Houston this Sunday as the Jags face the Texans. Houston has been a wreck all offseason largely due to all of the chaos surrounding Deshaun Watson. At first it seemed as if he was getting traded, then for a while it seemed he was going to jail, now nobody knows what’s going on at all in Houston. The Jags, however, aren’t as much of a disaster at all, they’re just a rebuilding football team. I expect T-Law and Urban to start their NFL careers off right with a hard fought victory.

Both of these teams made big moves this offseason to try and elevate their roster to the next level. For Tennessee the big addition was on the offensive side of the football adding all-pro receiver Julio Jones to an already stacked offense. On the other hand, the Cards added all pro Defensive End JJ Watt to their front 7. Both veterans should do wonders to help each of their teams, but this weekend expect the Titans to come away with the win. This should be a high scoring affair between two high powered offenses, but at the end of the day I don’t think there’s a defense on the planet that has an answer for Titans RB Derrick Henry. T’s win in a shootout

I honestly don’t have much faith in either one of these birds. Both teams are amidst a rebuild, and don’t have much expectation on them for this season.Give me the veteran Matt Ryan to get a win at home in week 1. Atlanta’s beautiful stadium will be rocking full capacity for the first time in a while. Venue call.

Cincy’s QB Joe Burrow will be making his first start since the brutal injury he suffered that ended his Rookie year early last season. I think he’ll be a bit rusty, not to mention the struggles that rookie WR Jamarr Chase showed in preseason. I just think the Vikes are the more complete team in this one. Give me the Vikings to win and cover in Ohio this Sunday. YOU LIKE THAT?!?!

The Niners situation is one of the more interesting ones across the league. Many forget that Jimmy G had this team leading in the 4th quarter of the Super Bowl just 2 seasons ago. Now his job is in jeopardy. The Niners are an overall very solid team but the incontinuity of the QB position does worry me. Also expect the Lions to come out with a lot of heart in front of the home fans. Detroit has an island of misfit toys that might just surprise some people this season. Expect the Niners to win but don’t be surprised if the Lions keep this one close.

The Chiefs are many expert’s favorites to win it all this season, and for good reason. The Kansas City roster is easily one of the most talented in the league. However, Cleveland also has one of the most talented rosters in the league. The Browns definitely are going to come out with a vengeance in this one to try and avenge the loss that the Chiefs handed them to end their season last year. I expect a back and forth down to the wire football game, but I’m making this one a venue call. Chiefs win a close one in KC.

Although these teams both made moves in the offseason to improve their offenses, I still expect this game to be built solely around defense. Both teams have defensive minded head coaches, and two young starting quarterbacks. The Fins had one of the best defenses in the league last season, evident by the fact that they led the NFL in defensive takeaways. Miami’s D should pick up right where they left off and have a feast against brand new rookie QB Mac Jones. Expect the kid to struggle.This game was a very honorable mention to the Upset of the Week committee. Rookie quarterback Mac Jones is being thrown into the fire against one of the league’s best defenses? Fins are going to Foxborough and leaving with an ugly, low scoring, defensive victory. UPSET!

The Teddy Bridgewater era begins this Sunday for the Broncos, and after a lot of thought it seems Denver made the safe call. Backup QB Drew Lock may have a higher ceiling than Teddy, but at least with Teddy you know what you’re going to get. A very consistent solid game manager. Additionally, I don’t trust Giants QB Daniel Jones at all. So far in his career he has performed like a bottom 10 starting QB in this league, and has shown little flashes of greatness. Expect Denver to win a defensive battle.

So many reasons why the Rams are going to win this game. First game with fans in the new stadium on Sunday Night Football, all momentum is with LA already. Also the Rams upgraded at the QB position by acquiring Matt Stafford this offseason. And finally the biggest reason the Rams are going to win this one is because the Bears are starting QB Andy Dalton. If Dalton couldn’t perform last season with all of the weapons on Dallas’ offense, how does Chicago expect him to thrive with lesser weapons on the Bears offense? The Rams should steamroll the Bears on Sunday Night 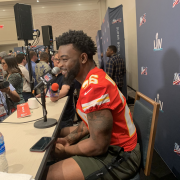 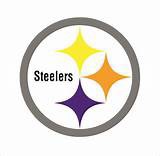 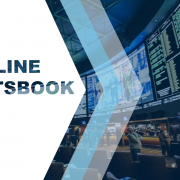 Three most important factors in reviewing an online sportsbook 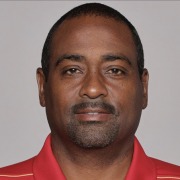