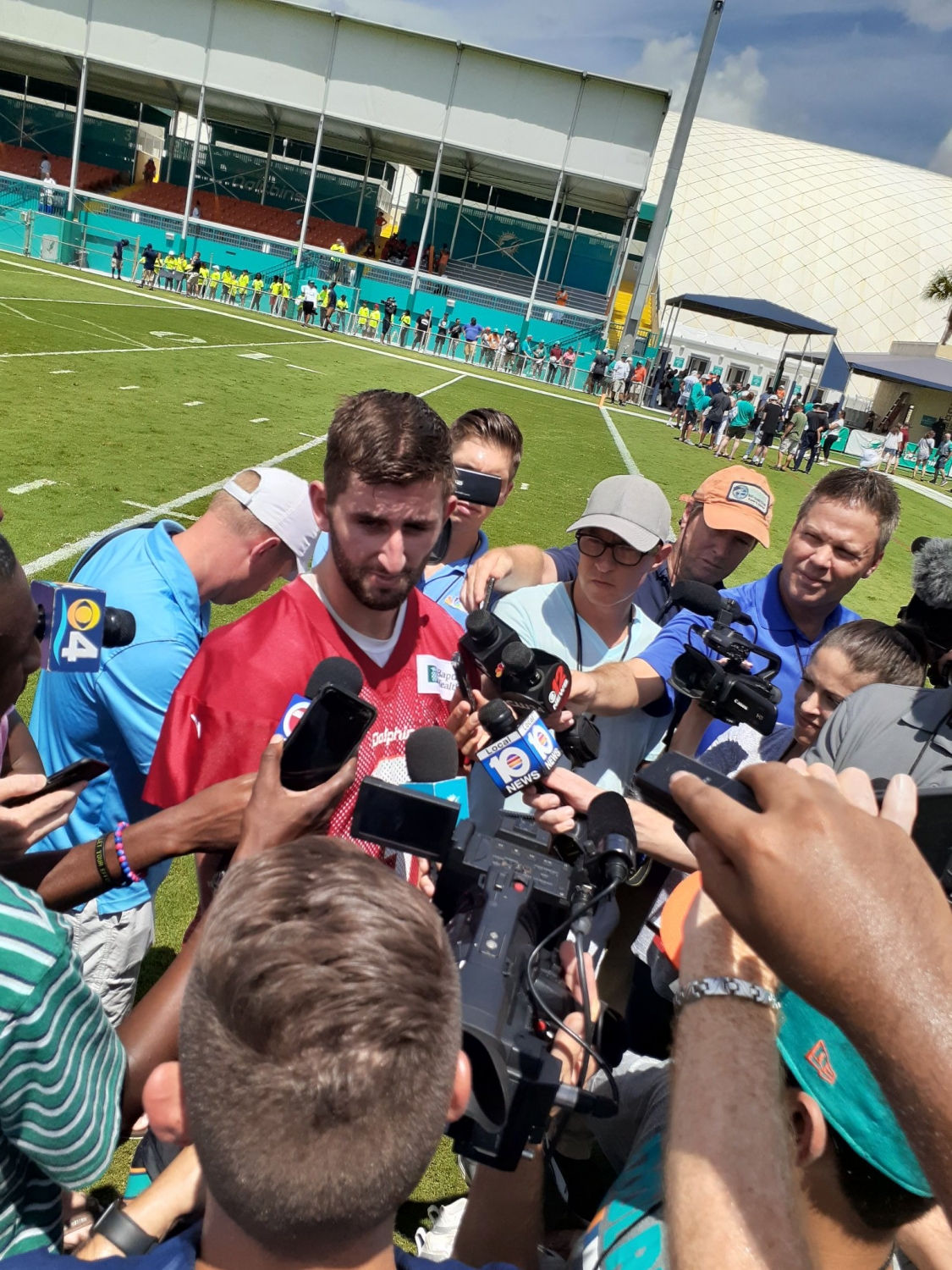 – Hot day for sure, but not muggy. It’s bearable.
– Full house for the media. Haven’t seen this many media members since Flores was hired. Even Greg Cote is here. Standing room only.
– Brian Flores availability runs 10 minutes late.
– Flores remarks’ was basically boiler plate stuff, but he did make some news by saying he had no timetable for determining who the starter at Quarterback will be.
– TJ McDonald, Dwayne Allen, Cordrea Tankersley, Mike Hull on the PUP. Will not participate. Albert Wilson limited.
– More News? Flores alludes to the Captains being chosen by coaches this year.
– Availability ends, Flores came in after a workout, and made good work of his press time. Growing into job.
– Stills and Grant warm up together. Parker joins the group.
– Practice kicks off for first time in forever with individual warmups, then move into some goal line work, then a team stretch.
– 1st Team OL is: Tunsil, Reed, Kilgore, Davis, Mills.
– DeVante Parker is bigger. Looks different this year. Yeah, I know…*drink*
– Laremy Tunsil, and Chris Reed really look the part. Stout, slim, solid athletes. High hopes for Reed, Just pay Laremy already.
– Oh, there goes Jakeem Grant. Day 1 of camp might as well be the Super Bowl for him. Effort will never be a problem with him.
– On effort…Preston Williams. Kinda lackadaisical. Takes it easy in warm ups. Would like to see a stronger sense of urgency.
– Both QB’s display remarkable touch throwing the fade in drills. A skill that was lost under past signal callers.
– Jakeem Grant puts Jomal Wiltz in the “popcorn machine”. goes out, in, out, spins….Wiltz does the Macarena…TD Grant.
– Wiltz is getting plenty of reps, and you can see why they would like him. Plays low. Twitchy.
– It’s July! Mike Gesicki MOSSES Bobby McCain.
– Jalen Davis on the boundary alert. Jalen Davis gets beat bad by Jakeem Grant.
– Parker makes the catch of the day on a deep in-cut from Ryan Fitzpatrick.
– Fitzpatrick deep ball to Preston Williams,incomplete, but a perfect ball. Williams tangles his feet with Eric Rowe.
– Eric Rowe seems to start camp as the top boundary Corner opposite of Xavien Howard.
– Josh Rosen has the worst rep of the day. Sails a swing pass over Ballage’ head into the sideline.
– Parker beats Rowe and Fitzpatrick seems to have a favorite receiver early on.
– Last year, Mike Gesicki abused Reshad Jones on goal line drills. This year, Reshad wins the two battles they had.
– Josh Rosen Red Zone interception. *drink*
– Isaiah Prince works at RG and RT.
– Rosen makes his first good throw late in practice. a perfect dime to the back of the end zone into a void in the zone. Nick O’Leary TD. 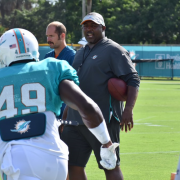 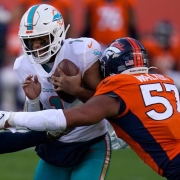 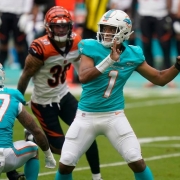 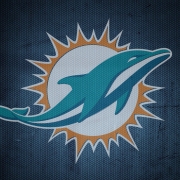 Wait, the Dolphins Will Play Football This Week?
0 replies