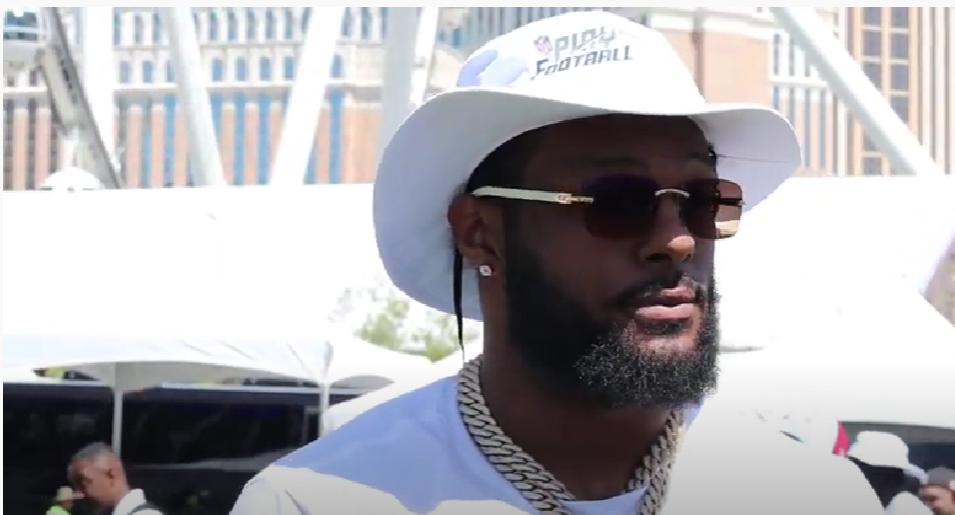 It’s the largest smokescreens NFL teams put out year after year. Many NFL Teams moves are a mystery as news is intentionally leaked out by the organizations themselves, truth or not.

The odds and news have changed dramatically over the last days as this years NFL Draft is truly the most unpredictable in years.

Here are some of the 2022 NFL Draft rumors and notes:

League source confirms Deebo Samuel is not being traded at this time, which means a draft day move is unlikely for many teams hoping to get an electric player.

To real to entertain half the stuff y’all be saying but it do be funny though….. everybody want they voice to be heard about a situation they know nothing about and just be saying whatever the next person say…. Have a blessed day ✌🏿

Georgia EDGE rusher Travon Walker is garnering a lot of hype lately and the oddsmakers are betting on the Bulldog product to be taken first overall to the Jacksonville Jaguars.

I’ve had Aidan Hutchinson in several mock drafts to Jacksonville, but with rumors coming out, it may not be far fetched.

Schematically, it favors Walker than Hutchinson as Walker can play outside linebacker, standup EDGE and as an interior lineman. This help out K’Lavon Chaisson and Foye Olukun, compared to Hutchinson who is a hand in the dirt rusher.

A Malik Willis pairing in Detroit is all about the future. Willis can learn behind Goff as he needs the most development of any quarterback in this years 2022 NFL Draft class.

General Manager Brad Holmes is “looking” at the quarterback position and it might not be with the second overall pick.

It may come down to Aidan Hutchinson or Travon Walker to beef up the defensive trenches.

However, how much longer does Packers quarterback Aaron Rodgers have left to play, the same may be said about Kirk Cousins.

The Chicago Bears still need some pieces and Justin Fields is still developing, drafting Willis may pay off in the future.

Derek Stingley Jr. and the Texans have had connections for a while due to his former DB coach part of the Texans Coaching staff.

If Houston is all in on Davis Mills, building the trenches would be a better option with the third overall pick in the NFL Draft. In the latest mocks and with some news coming out, the Texans do have two offensive tackles in mind: Evan Neal and Ikem Ekonwu.

It’s a deep defensive class towards the backend of the draft, especially for defenders. The 2022 NFL Draft rumors have the trading back from the 13th overall pick.

I’ve heard that Robert Saleh is not a big Travon Walker fan. Also, Kyle Hamilton fourth overall would not fit with what the Jets defense is looking to build.

Ikem Ekonwu is a favorite of Jets General Manager Joe Douglas. Having another offensive lineman fortifies the the line for Zach Wilson and we may see shades of his BYU playing days.

Gang green will look to load up on offense by pairing Wilson arm with a big body wide receiver in the likes of Drake London. Jameson Williams is a possibility with the tenth overall selection.

Head Coach Robert Saleh may want to get better in the trenches on defense. If Kayvon Thibodeaux falls, it may be a tossup between him and Jermaine Johnson.

The 2022 NFL Draft rumor mill has it that the Giants may look to trade back a few spots to gain more value.

While General Manager Joe Schoen has hinted that the offensive line is a priority, they may forgo passing on a lineman for more pressing needs. An EDGE rusher, a deep class overall, is very much in play. Especially the top three in Thibodeaux, Walker, and Johnson.

Monday is the Giants’ deadline to pick up Daniel Jones’ fifth-year option.

It doesn’t seem likely they will pick up his option, and it makes sense that they wouldn’t. @PLeonardNYDN https://t.co/Qq5WEEsSeI

If the Giants are comfortable at fifth and seventh overall Evan Neal and Charles Cross are targets. Big Blue has a big decision to make after the draft if they want to keep Daniel Jones for a fifth year, which does not seem likely.

Carolina is a weird team this year. Considering the fact that they are heavily interested in a quarterback this year, Sam Darnold is still “the guy”.

They have the sixth pick and their next is in the fourth round. I highgly expect Carolina to select a quarterback with the physical tools of Matt Corral. Kenny Pickett seems like the logical choice– have Matt Rhule and co. made a logical decision recently?

Expect Terry Fontenet and the Falcons to after several EDGE rushers hard. I’ve heard Kayvon Thibodeaux is a favorite but Jermaine Johnsons skillset is very hard to pass up on.

Atlanta could be a dark horse for Malik Willis if he were to fall to the eighth pick, even if Kayvon Thibodeaux is on the board.

They’ll have to re-build their defense and Sauce brings the moxie and physical play style Carroll wants in his defense.

However, recent draft history has shown that the Seahawks routinely trade back to garner more picks later on to fill needs. Offensive line is another deep position group in this years class.

Philadelphia is on the market for cornerbacks and Trent McDuffie has been mocked routinely. The 2022 NFL Draft rumor mill has Kaiir Elam as the third or fourth corner picked, I would not be shocked if Kaiir Elam is picked up by the Eagles with their second first round pick.

The Eagles are also on the marke for an EDGE rusher, George Karlaftis has been a mainstay in several recent mock drafts. Although, another wide receiver for Jalen Hurts would not hurt, a potential trade up for Jameson Williams may be in play. Garrett Wilson could also be on the board.

Hamilton seems to be one of the most polarizing players in this draft cycle as he can do it all on the defensive side of the ball.

The range he showed on tape didn’t match the speed he showed in workouts; shockingly, to NFL teams it may matter. However, teams within the top 10 have other pressing needs than a safety.

"Kyle Hamilton is the best defensive player in this draft."

The Washington Commanders and Houston Texans have been heavily linked to Kyle Hamilton in the 2022 NFL Draft rumors.

Running back in Round 1?

A new saying goes that you do not ever take a running back in the first round, there are differing opinions.

There’s been a recent trend of running backs devalued in the first round; however, it is situationally based.

The 2022 NFL Draft rumors has the Buffalo Bills circling around Iowa State’s Breece Hall as the first running back taken off the board. Pair with a lethal aerial attack in Orchard Park, the Bills may well be on their way back to the AFC Championship game.

It’s quiet in south beach, a bit too quiet. It’s been an aggressive off-season for the Miami Dolphins and General Manager Chris Grier.

Grier talked about finding the right time to be aggressive in the off-season and the NFL Draft is a part of it.

With Miami only having four picks in this years draft a move up to grab a player they really like is a good possibility to complete a piece on either side of the ball. 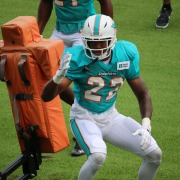 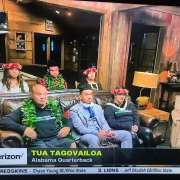 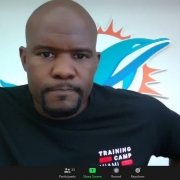 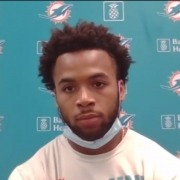 5 Poker Bluffs You Should Be Aware Of

5 Takeaways from the Marlins Sweep in D.C.
Scroll to top