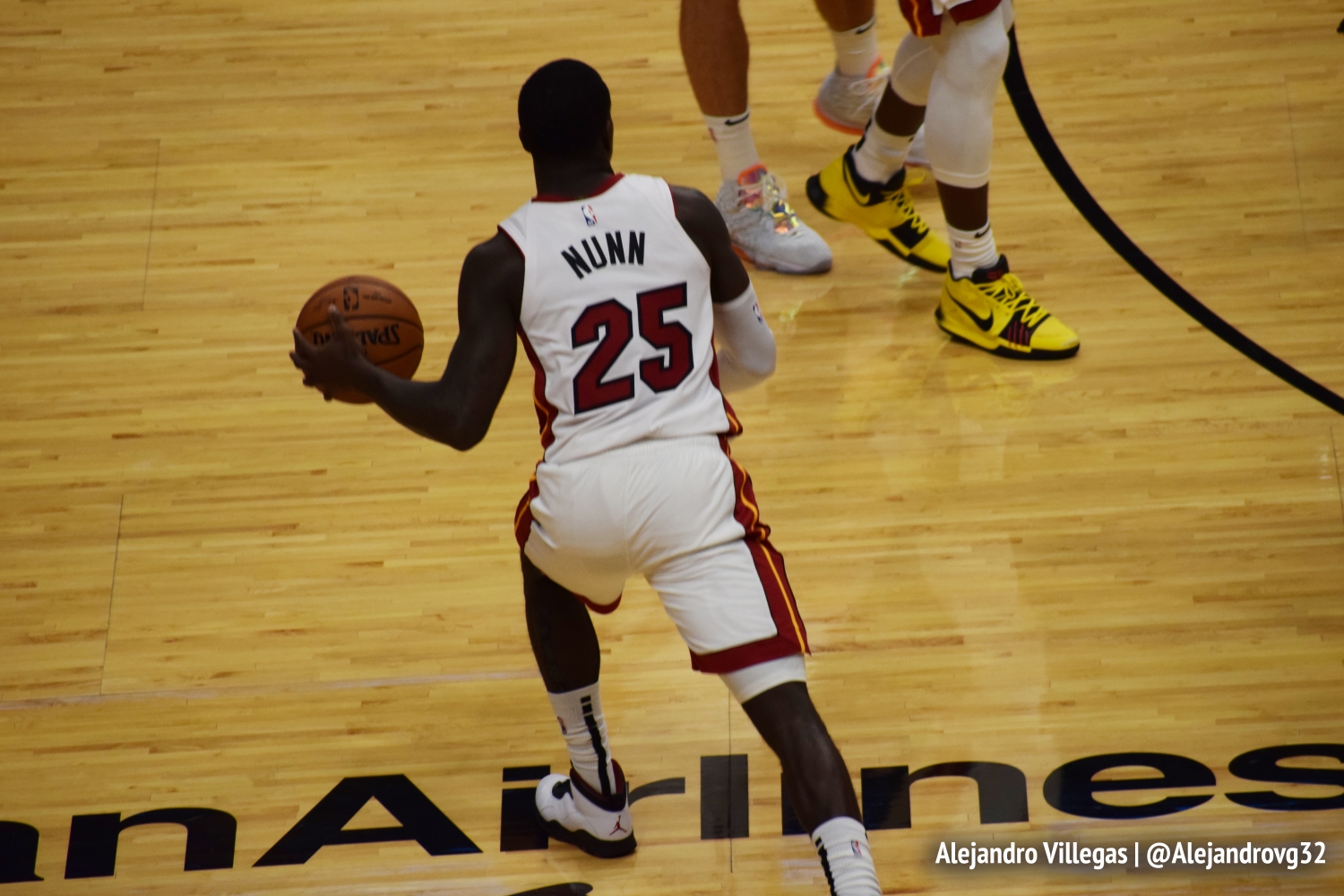 You’ll have to get used to Kendrick Nunn.

Well, not entirely. Tyler Herro is 19. He will have much better nights than he did in Wednesday’s season opening 120-101 win for the Miami Heat against the Memphis Grizzlies, when he was often squeezed off his spots and tried to do much creating to compensate.

But it was his summer league backcourt mate, the one who has appeared polished in every game he’s played for Miami — Las Vegas to preseason to now the regular season — who shined the most.

Kendrick Nunn is 24 already. And the guard — snatched from Golden State on the last day of last season — matched his age with his scoring in his Miami Heat debut, a debut that came as a surprise starter. Not a substitute starter. That was Herro, in for Jimmy Butler, who missed the game with a personal issue (nothing to worry about). Nunn was supposed to start all along.

Erik Spoelstra confirms that Nunn was always in the starting lineup tonight.

Nunn, who wasn’t drafted, who wasn’t valued enough by a thin Warriors team to be kept safe from poachers, who was an afterthought heading into the offseason, was given the starting job between Butler and Justise Winslow for the season opener at home. Ahead of Herro. Ahead of Dion Waiters, before Waiters’ complaining and IG stalking got him suspended.

Eric Reid, who has called 31 seasons of Heat basketball, tried to tell you on the Five on the Floor we posted just prior to the opener:

A clip from today’s Five on the Floor from ⁦@EReidMiamiHeat⁩

As Reid noted, this promotion wasn’t just about that 40-point game, mostly against Houston’s starters, in the Heat’s preseason finale. It was about the steady approach Nunn has shown for months now. His hesitation dribble is elite. He does not rush. He switches comfortably between both guard spots. He competes on defense. And he’s not afraid to pull up and launch when he sees some space.

The Heat have a long history of unearthing point guards. Anthony Carter, now on the staff, and Mike James had long NBA careers after no team really wanted either. But Nunn is a combo of the two. He shoots much better than Carter. And he’s more versatile and polished than James.

Kendrick Nunn after scoring 24 as a Heat starter @5ReasonsSports pic.twitter.com/9QsT6X9SK9 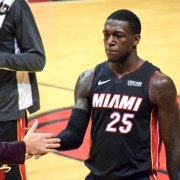 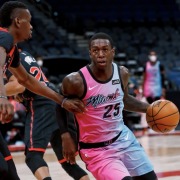 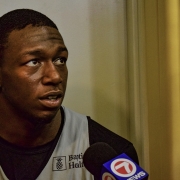 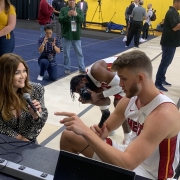