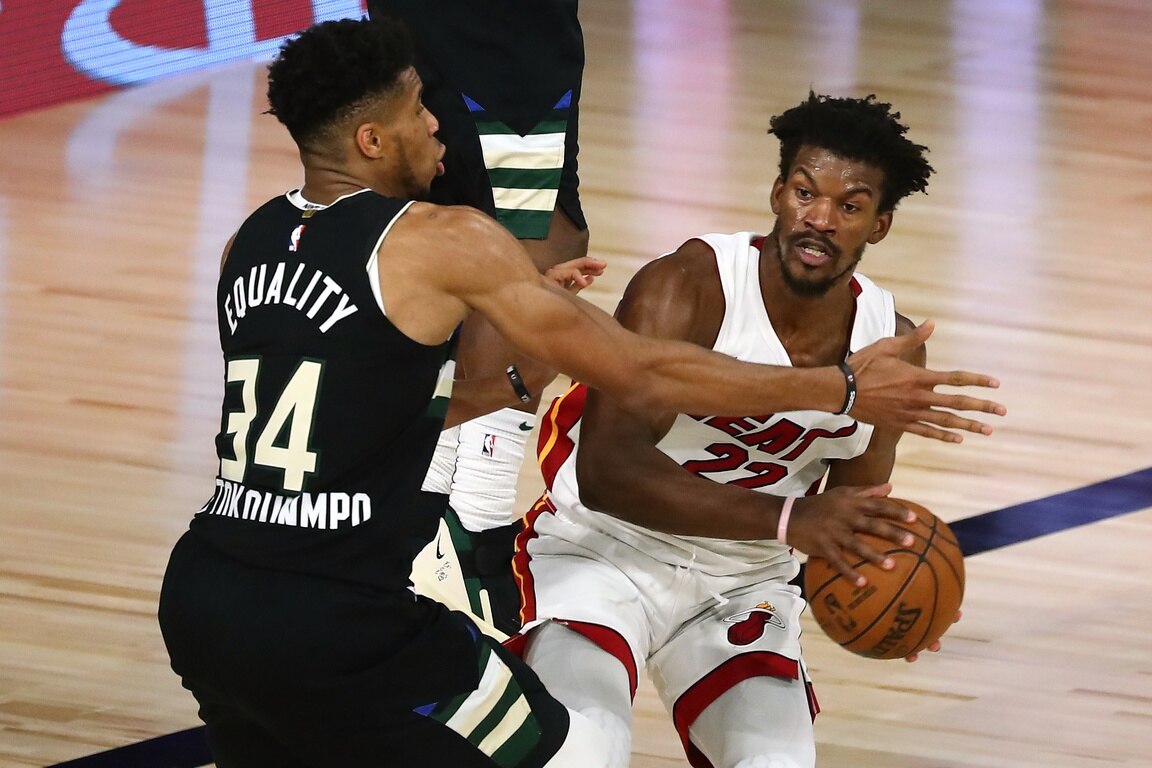 The Milwaukee Bucks came out hot to kick off their season on Tuesday night against the Brooklyn Nets, and that’s something Miami truly needs this season as well: to come out hot.

Pat Riley went into detail in a Tuesday afternoon presser about the strength of their early season schedule, highlighting the fact that they have 13 road games in their first 20 and started out the year 7-14 last season.

So, it’s pretty clear: an opening night win at home against the Bucks could truly put this Heat team on the right track.

The last time I wrote up this type of scouting report was throughout the Heat’s first round playoff series last season against……oh, the Milwaukee Bucks. But this time around, there are different circumstance in terms of roster construction.

Anyway, let’s take a dive into each side of the ball for Miami, finding ways they can come out the gates firing with this new team…

One of the main reasons Milwaukee was able to put it together last season was their willingness to become more flexible on the defensive end come playoff time. Living or dying by that drop coverage can get you in trouble with certain teams, and one of those teams is this new look Heat team.

But on the way to an NBA Championship last season, the switching scheme became a staple of their defensive ways. Guys like Jrue Holiday and Giannis Antetokounmpo can truly swarm you when blitzing a PnR, which was a decent refresher for that group of guys.

Now, it’s time for Miami to adjust to the adjustment. A staple of Jimmy Butler’s game is taking advantage of mismatches in the half-court, pulling a slow-footed big out to the perimeter before exploding by for a quick bump and yell to get to that coveted free throw line.

That’ll always be there for Butler, but that isn’t the true difference maker. Kyle Lowry is pretty much in that same category as well, but he does it in a completely different way. He doesn’t create mismatches for himself. He creates them for his big man down low.

And well, it’s why Bam Adebayo can truly exploit the defense, which will be a common takeaway all season.

Adebayo is going to draw a Grayson Allen or George Hill on the block once or twice, and there must be a mental preparation for those possessions. No quick turnaround inside the free-throw line to let them off the hook. No kick-outs to Lowry so he can try and drum something up against a big. Just play bully ball.

Why is this so important? Well, it’s not just about putting points on the board on those limited possessions. It’s about what will closely follow.

After watching the Bucks face the Nets on Tuesday, a major takeaway about Antetokounmpo is that you have to account for him on the defensive end at all times, and even more so when he’s on that weak-side lurking.

With that said, Adebayo taking advantage of the mismatch once or twice in the first half means that he’ll be pulling Antetokounmpo in closer and closer, which is the ultimate goal for Miami’s offensive structure. Adebayo can then land in his comfort zone of skip passes and over the top play-making.

It’s why that one element of attacking the switch opens everything else up. If that aggression isn’t seen from the jump, there’s a good shot this could be one of those games in the mud.

Switching may be a staple for them, but Brook Lopez continues to be fantastic in that drop on a regular basis. It was the one area that I said could be exploited in the playoffs last year by Goran Dragic, Kendrick Nunn, and Tyler Herro.

The one thing about all three of those guys last year was that mid-range game was extremely one dimensional. It was that elbow pull-up each and every possession, and those weren’t even falling in that series. No adjustment was needed from the Bucks, since Miami was basically hurting themselves.

Now without Dragic and Nunn, that mid-range game declined in a way that Milwaukee can sustain that drop, right? Wrong.

Aside from going through other options for Miami inside the arc, Tyler Herro is the guy who can really get up those shots that he loved in the preseason. It’s no longer the simple, linear pull-up. It’s pull-back dribbles, step-backs, and over the top jumpers with that high lift from that in-between game.

And that can be killer.

As Max Strus said when I talked to him after practice, “The second unit is to get Tyler going.” He’s going to be getting up a ton of shots night in and night out, but Thursday’s match-up may even mean it’ll be on the higher end with what will be given to him.

Can he carry over that preseason success? The door is open for him to kick it off in the right way.

When looking at pure on-paper match-ups for these two teams, it’s pretty intriguing: Lowry on Holiday, Robinson on Allen, Butler on Middleton, and well, the front-court match-ups.

It feels like it’ll be a deal where they mix it up a bit throughout, especially with Coach Spo not wanting Adebayo to get in early foul trouble, but I think that adjustment will be made once we hear that first whistle.

PJ Tucker’s size doesn’t equate to length on the 7 foot Brook Lopez, but it does equate to width. He can defend the post at a high level against bigger guys, and Miami’s scheme will have plenty of doubles flying from all over the place.

What is the difference between this discussion now and last year? The match-ups can actually be debated.

The same goes for the way the roster was constructed in the bubble, where Adebayo and Jae Crowder could constantly rotate match-ups, while throwing in Andre Iguodala and Soloman Hill to muck things up on Milwaukee’s solid front-court.

As I’ve said many times: Jimmy Butler’s best skill in the game of basketball is weak-side defending.

He’s going to be outside the action much more this season which is favorable to him, but the Middleton match-up will most likely pull him into a heavy on-ball defensive role this Thursday.

Some interesting wrinkles that Brooklyn through at Antetokounmpo were constant doubles, but the timing of them always seemed off, leading to a 32/14/7 night. But since this is a “scouting report,” there’s a specific moment when that double is needed, and Butler will pick up on this quickly.

One thing about Butler is that he’s a sneaky doubler. He waits for that guy with the ball in his hands to turn away, then he instinctively sprints at him from the backside. Similarly, Antetokounmpo is a guy who turns into those pivoted stances inside the arc, opening up that gateway for Butler.

Leaving his back vulnerable on the block with Tucker or Adebayo holding him down in the post will be a good starting point for the defensive structure. Make Antetokounmpo uncomfortable, force him into that extra pass, and key-in on those close-outs that this starting lineup will be so good with.

In my opinion, this should be a 3+ steal night for Butler with the new play-style.

Miami has played victim recently with opposing teams exploding when the top dogs were getting a breather on the sideline, but that won’t be the case much this year for the Heat.

It’ll be a revolving door of Butler, Lowry, and Adebayo, while Herro’s offensive emergence will take enough pressure off of them while they’re on the floor.

For Milwaukee, there are a few stretches that Miami will have to take advantage of. For one, Jrue Holiday’s status may be in question after he left Tuesday’s game with a heel contusion, so these “lineups” I’m discussing will be seen even more often.

Antetokounmpo, Middleton, and Holiday all found themselves on the sideline early in that season opener, and that should be a signal to just go, especially for the team’s energy flame Tyler Herro.

That’ll be the wild card. Upon seeing a five-man group of the supporting cast, it’ll be time for Miami to really capitalize in ways so many teams did against them last season.

“He wasn’t happy with losing and getting swept and being embarrassed,” Pat Riley said about Jimmy Butler’s attitude following that playoff series. And now it’s time to showcase that in a brand new season, with a brand new team, and a brand new mindset.

This team may have gotten plenty of physical rest, but mental rest was also taken into account. And that element was even more important for this group of guys. 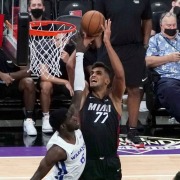 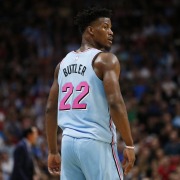 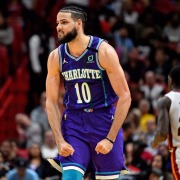