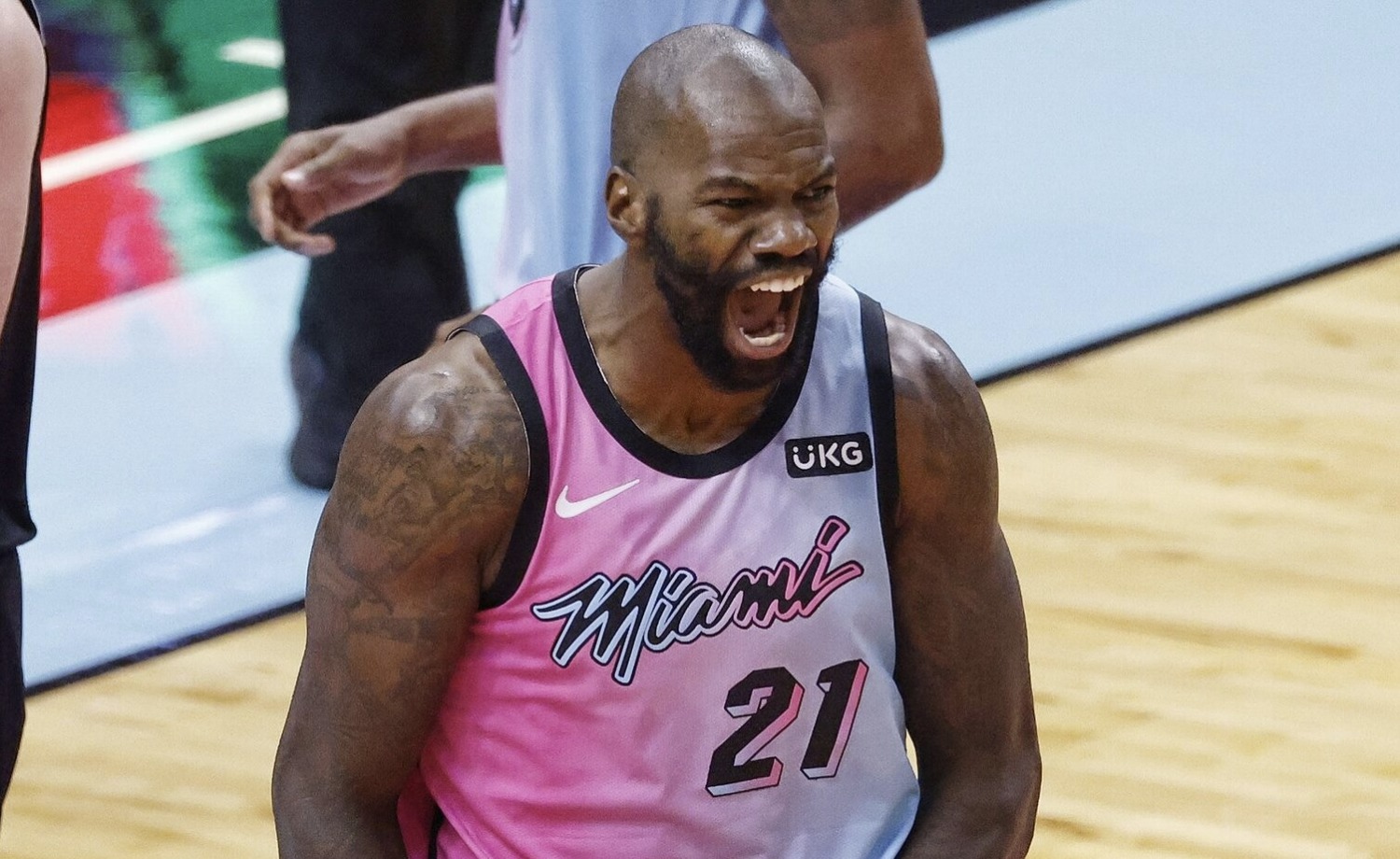 There was only one negative aspect to Dewayne Dedmon’s finish to the season: he was pretty much the best player for the Heat in the first round against the Milwaukee Bucks. That may be a huge positive for Dedmon, but clearly, that reflected poorly on the rest of the team.

If you asked me to describe his season with the team, the first word that comes to mind is consistency. Not just a consistent number in a scoring or rebounding column, but consistent in his role on a night to night basis.

The idea early on was to develop Precious Achiuwa on the fly and have him back-up Bam Adebayo as the season progressed. A main reason that didn’t work out was due to the fact they never knew what they were going to get from him, which is the usual story-line with inexperienced rookies.

Miami ended up “settling” for Dedmon after some other players went in different directions in the buyout market, but the league learned rather quickly, they didn’t settle at all. He was by far the best big on the market in hindsight, and he proved that from his first time hitting the floor to his continued battle in game four of the first round.

Most of these pieces have been pointing out strengths and weaknesses from players on the season, but Dedmon’s play forces us to evaluate him in a much different fashion. We’re just highlighting his areas of strength, since frankly, there isn’t a long list of weaknesses from what he showed in his minutes down the stretch.

When he was first acquired, there was only one question I had about him as a player at this stage, and it ended up being answered quickly:

It’s a fair question to ask when adding a player from the buyout market, especially one who hasn’t played in quite some time. Usually guys of his size are slow-footed, but I was very surprised at his ability to move up and down the floor.

For example, the clip above was one of my first moments of realization that he can make a real impact on this squad with the ability to buy into what Miami likes to do. He runs in transition for an easy bucket, which seems simple and semi-meaningless, but it’s actually the exact opposite.

I feel these glimpses were the initial tell for Coach Spoelstra to go to him full time, especially in this game against San Antonio which was one of his first breakouts with the team.

One more thing to mention before diving into some actual strengths is a lineup combination. Jimmy Butler’s chemistry with a back-up big was going to be crucial for the team during the season, due to their inability to sit Butler and Adebayo on the bench at the same time.

That meant there were plenty of minutes where Butler was out there without Adebayo, while he never seemed to have a great rhythm with Achiuwa. Dedmon got his first minutes when Butler was out, but once he returned, it looked like they played together for years.

A veteran presence who knows how to set a hard screen and roll hard is all Butler needs with his interior gravity. It led to plenty of plays like the one above, where Butler flows into what looks like an elbow jumper, freezing both defenders in the PnR, then dumps it down to Dedmon for a bucket.

And for Dedmon, all he needed was good positioning around the basket and it was basically a wrap. He shot 71% from the field in a 16 game sample size to finish the season, and 77% less than 10 feet from the basket. When seeing those stats and watching the games, he just needs a decent passer in the PnR for him to get a good look at the rim, and Butler was the best man for the job.

Wait, He Can Protect the Rim?

While we’re discussing some of the unknowns with Dedmon, I don’t think many had a good grasp on what he could bring defensively. There were possessions that he would switch onto the perimeter and actually hold his own, of course sprinkling in some blow-bys, but the consensus was that he competes.

When he would begin to drop, it allowed him to enter his comfort area. The rim protection to this extent was not really expected. This isn’t to say he was swatting shots and deterring attackers all night, but he made them pay when they tried to test him.

On the play above, it’s the full Dedmon experience. Good containing in the PnR, rotating over for the tag with his guy in the dunker spot, and ultimately a great block at the rim. That was one of the few questions we had about him heading in, and once again, he gave us an answer rather quickly. A known fact is that high IQ players can give you those signs really early on.

The rebounding issue for Miami wasn’t just a surprise in the first round of the playoffs. That was a recurring theme all season with the tallest player in the rotation being 6’9. There was some hope Dedmon could bring some of that, and not only is he a capable rebounder, he’s a physical one.

We can sit here and discuss the constant efforts on the defensive glass, but the second chance points really stood out. Something to mention with Achiuwa was that if he got an offensive board, most of the time there wasn’t going to be an offensive reset. He was going to go back up and try to score again, leading to a bunch of transition opportunities in the other direction.

Dedmon can read the crowd in the interior very well, leading into plays like the one above where he immediately goes back up, knowing Patty Mills is the one trying to box him out on his hip.

Some have mentioned the importance of spark players in the past: Tyler Herro pull-up threes that force the home crowd to explode, Derrick Jones Jr bodies, among others. But don’t underestimate Dedmon and-ones from this season, since there were a ton of momentum shifters that occurred from his energy down low.

The analysis on this is very simple: unorthodox and odd flip shots, hook shots, and scoops really fall under Dedmon’s offensive category. This league hasn’t seen a big flying through the lane with the urge to throw up a sky-hook, but Dedmon found a way to utilize it, and actually be effective with it.

On this play, he receives the ball in traffic and flips it up and in, seeming like a normal score, but it really isn’t in this current NBA. His most efficient shot of the regular season occurred after he took one dribble, even though zero dribbles had a much higher frequency. The reason that’s important to mention is that those gather dribbles always seemed to factor into those weird makes.

These are shots that he’s practiced over time, and it’s a great asset for a veteran player, since it could age nicely with that type of go-to move.

Hmm, Above the Break Triples?

The sample size isn’t huge on above the break threes from Dedmon, or even threes in general, but we got a glimpse in the post-season. He was the only player to get anything going in game two, leading to having the confidence to shoot a shot like the one above.

We’ve seen his three-point shooting in the past, but the efficiency levels were the question. And yet, it still is the question. The thing about it is that consistency from that area may not be the biggest deal about that trait. It’s more about my next, and final, topic with a certain lineup combination.

Either way, seeing this ability so late in the season makes you wonder about the different ways he could be utilized. Not that he could’ve looked any better than he was, but that opens up others so he can have a bigger role. A reason I believe we didn’t see it earlier has to do with his focus on learning his role and mastering it.

He mentioned after the season that he still doesn’t know a lot of the plays, due to the fact he arrived late. If he knows Miami’s game-plan completely, I think we could see a much freer version of himself.

And finally, the thing that was seen a little too late, but clearly wouldn’t have made the difference in that specific setting. The continued discussion with this team has been Adebayo’s front-court pairing. They acquired a perfect fill-in at the 4, in Trevor Ariza, but it always led us into: who else is there?

Do they player Butler at the 4? Does Iguodala’s shooting eliminate offensive spacing? Could a back-up big be squeezed in?

The last question was finally answered in game two, and it could definitely expand over time. As mentioned previously, Dedmon’s shooting could propel those type of things at times, but I also don’t believe it’s that simple.

Even without him shooting, plays like this occurred in this lineup. Adebayo running the DHO with Duncan Robinson as Dedmon crashes the boards. It’s another reason for the rebounding issues discussed earlier, due to Adebayo’s positioning leading to an inability to gather himself in the painted area.

These lineups allow each of them to do what they do best. Defensively, it allows Adebayo to roam the perimeter, while Dedmon tags rollers, protects the rim, and grabs defensive rebounds.

The reason it’s important to talk about is because I don’t believe that was the last we saw from this pairing. Dedmon said after the season, “I would hope to be back next year,” and his immediate fit and impact should mean the organization feels the same way.

Twenty total games for Dedmon in a Heat uniform may be a small sample size for some, but when a player gives you the exact same thing in all twenty of them, you have a keeper.

The one thing that has stuck with me from Dedmon is when he said, “I’m just here to have fun.” That’s his personality, and that’s a personality the Heat would love to have in their locker room as they prepare for another run. 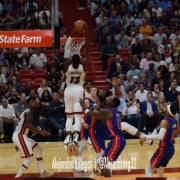 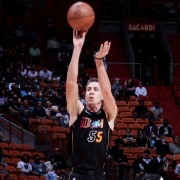 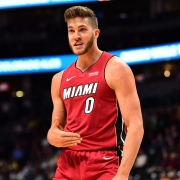 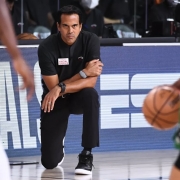 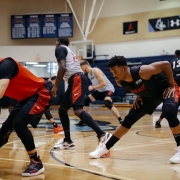