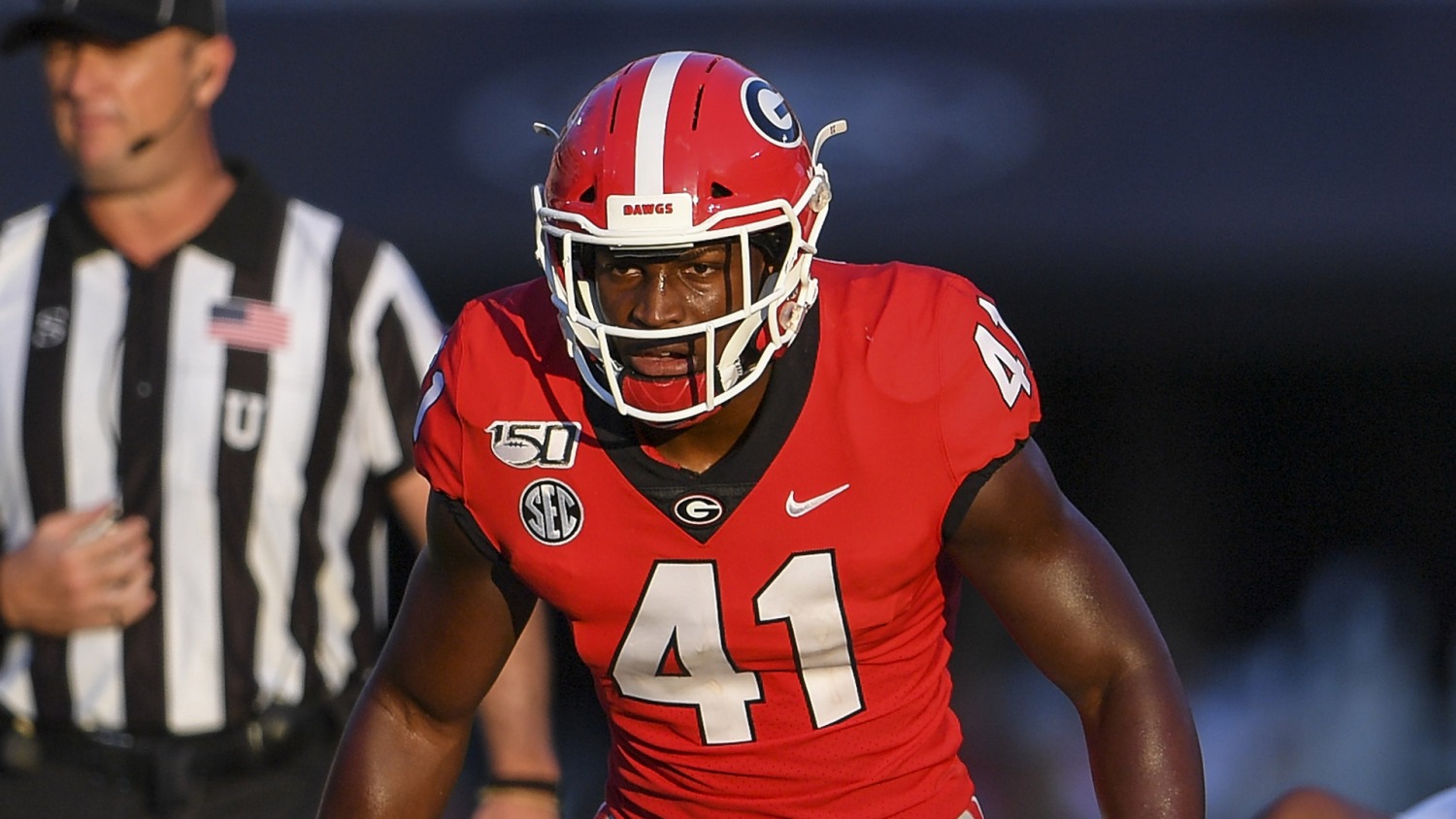 With the 102nd pick in the 2022 NFL Draft, the Miami Dolphins selected Georgia linebacker Channing Tindall.

The Miami Dolphins brought in Channing Tindall in a 30-visit. Overall, General Manager Chris Grier and the Dolphins brass were impressed with the Bulldog Product.

“That character too, that part of him really stood out to me like, ‘Hey, this kid loves ball and wanted to be around his teammates and do anything he can to help them win.’ And it paid off. They won a national championship. We really enjoyed getting to know the kid. Specifically, the speed stands out on film on him.”

Tindall on his pre-draft visit in Miami:

“I just really got in with the linebackers coaches. I talked to the whole staff and I felt like home, honestly, when I was there.”

Channing Tindall is a super fast and athletic linebacker that runs a 4.4 forty time.  He’s a sure fire tackler who always brings down the ball carrier

At 6-foot-2, Tindall may be a tad undersized but it does not show on film. The Georgia product is a hard hitter and flys by blockers blowing up run plays. Has surprising strength for his size.

Channing Tindalls’ coverage skills are reminiscent of a big nickel, or strong safety in the slot position. He’s able to cover tight ends in press man and stick with faster running backs.

In terms of Tindalls’ pass-rushing prowess, he has some natural pass rush moves. In high school, Tindall was an EDGE. He’s got fluid hips and nice lateral movement.

He provides a good outside rush and is able to get around bigger offensive lineman with his blazing speed on the outside. Also, as a run defender, he takes good angles and pursues ball carriers. Very rarely do you see Channing Tindall out of position.

Tindall was never able to secure a starting spot in the linebacker core behind Quay Walker and Nakobe Dean.

While the Bulldog alum did see increases in production numbers his senior year, he barely even logged over 600 snaps over four years at Georgia.

In such a talented collegiate defense, Tindall was rarely focused on as a weakness and that might have not shown how he does when teams target him.

Routinely, as an “undersized” player he was pushed around when teams ran at him. A majority of his successful plays were when he was a chaser than in a blockers face.

However with such little snaps, the reps Channing Tindall played in, he made the most of his opportunities. Tindall was third on the team in tackles.

Projecting how new Miami Dolphins linebacker Channing Tindall will not be hard.

Miami’s defensive philosophy asks their linebackers to play the run, rush the quarterback and occasionally be a spy in coverage.

Channing Tindall has done all those things in his time at Georgia.

“I think when you watch the film, it’s a very talented defense and how they use him – they use him as a spy, they use him to blitz, he covers backs. Just a lot of the ways that are kind of similar to how he will probably be used here in different schemes”

Chris Grier on how Channing Tindall was used in Georgia

Tindall is one of the fasted linebackers in this year’s class – he’s a player who covers like a safety and possesses serious tackling and hitting power.

Tindalls’ fluid hips and lateral agility makes it easy to be a sideline to sideline ILBpic.twitter.com/IPfVQCyCWG

It’s likely that Tindall will be used as an inside linebacker, but that’s not all he can do. Not only can he be a MIKE, he can also be on the outside as a SAM or WILL linebacker.

It’s a solid selection to start of Mike McDaniels’ first ever draft as a head coach. Channing Tindall fills a need and brings more athletic talent and speed that the Miami Dolphins currently have and covet.

Five 1st Round Picks From South Florida In NFL Draft. None From UM. 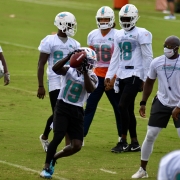 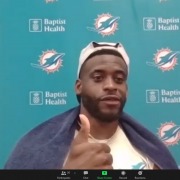 Meaningful May in Miami Sports is Here
Scroll to top