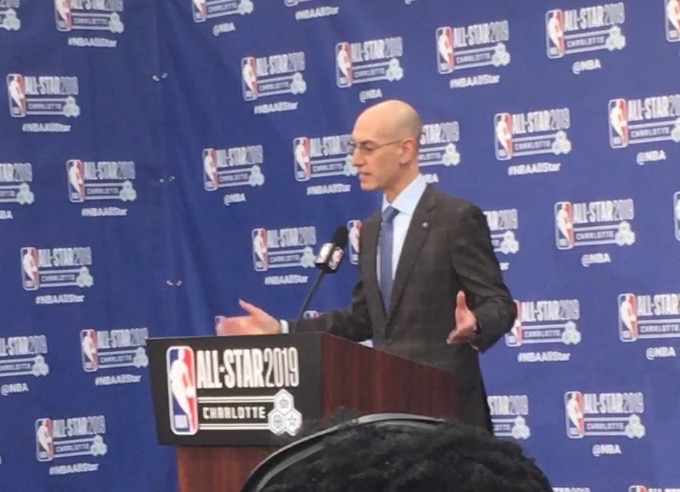 On October 9th, 2020, representatives from all areas of the sport were announced in the NBA Foundation Board of Directors. The board is made up of players, executives, and the NBA Board of Governors. Similarly,

Depending on who you read, there are many theories as to the future of the NBA. Some say that the sport is more popular than ever, while others suggest it is losing viewers.

However, many people choose to bet on NBA results through sites like Sloto Cash Casino which suggests that the NBA is still one of the favorite sports in the U.S. It seems that betting on sport is always popular regardless of whether people choose to watch the games or not.And, free wagering options such no deposit games have made it easier for the new sports enthusiasts.

Origins of the Foundation

Back in August 2020, the NBA Board of Directors announced that they are contributing $300 million of initial funding to create the NBA Foundation. It is anticipated that the Foundation will help to create a better economic situation for black communities. The NBA’s mission is to help black men and women who are at high-school or college, train, and develop the skills needed for career advancement.

The Foundation will also set up a leaguewide charitable foundation to be funded by all 30 NBA team owners who will contribute a total of $30 million every year. They hope that this money will be instrumental in enhancing youth unemployment, internships, and other career development programs.

Who Will be on the Board?

Eight representatives have been chosen including players, executives, National Basketball Players Association (NBPA), and league office for the inaugural members of the board.

As you may have noticed from that list, one name, in particular, stands out – Charlotte Hornets Chairman and former Bulls star Michael Jordan. Having such a high-profile former player on the board will no doubt help to raise the awareness of what they are trying to achieve.

Jordan has been the majority owner of the Hornets since 2010 after also landing a minority steak in the Bobcats. He is also trying to leave a legacy outside of the sport with the opening of a second medical clinic in October 2020.

The NBA has always sought to highlight the issues surrounding racism and inequality, the Foundation is seen as one more step they can take to finally address those issues. However, not everyone believes they should be using the sport to be political. Even President Trump has become involved. In an article in Variety, he is stated as saying the NBA is in “big trouble” after kneeling during the national anthem. They were protesting against police brutality and racial inequality.

Some believe that it is the political stance taken by a few of the players and coaches that has led to the drop in viewers. The NBA just like any other sport has been struggling with the COVID lockdown and trying to keep the game moving in recent months. 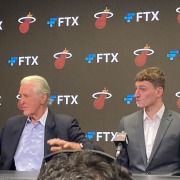 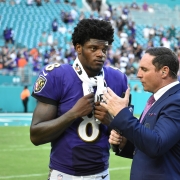 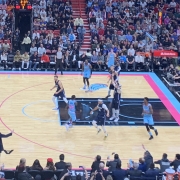 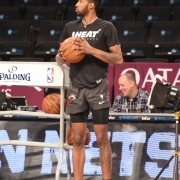 Attrition may Have Uncovered Potent Lineup for Heat
0 replies

5 Takeaways from Dolphins Loss to Broncos
Scroll to top